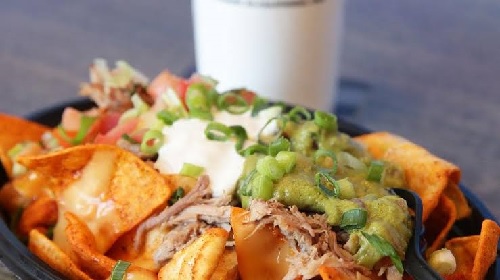 Shares in Collins Foods (ASX:CKF) have been heading south in the last few months. With the broader market breaking higher, we have a look at the case for why investors do not need to rush yet into buying CKF.

Both the KFC and Taco Bell brands are owned globally by Yum! Brands. CKF’s franchises are held through individual agreements with Yum! Brands and CKF are required to pay Yum! Brands annual loyalty payments.

The recent strong sales performance in the Australian operations is underpinned by a refreshed value menu offering, improved service and strong uptake of home delivery. The Company strategy to drive sales growth by improving the speed of service via digital menu and delivery initiatives continues to gain traction. In addition, CKF has benefited from the rapid expansion in the home delivery footprint, which now has 100 KFC restaurants with delivery functionality, compared to ~50 KFC restaurants in 2H19.

Delivery is an important focus for the Australian operations, as it accounts for anywhere between 20% to 40% of overall sales growth. Delivery-based sales generate a higher average sale price per customer and also increases the proportion of incremental sales. Not surprisingly, the Company intends to expand the delivery network to even more restaurants and aims to increase the usership and engagement on app and digital channels.

In addition, to the solid revenue-based initiatives, margin for the Australian operations are strong and have been supported by CKF’s ability to implement price increases in order to offset higher input costs.

i) Margin weakness, as the Company has had to undertake ongoing investment in retraining, rebranding, menu changes, store formats and promotional campaigns.

Pleasingly, the German operations generated a significant turnaround in sales growth in 1H20, reporting a 5.7% increase, compared to negative growth in the prior corresponding period. The improvement was driven by the introduction of permanent value/snacking offers, a new TV advertising campaign that was more effective than in previous years and simplified digital menu boards.

The significance here is that the improved sales performance for Germany provides optimism for improvement in the Netherlands. The Company has a strong focus on strong return from the existing store network, having slowed the store rollout in Europe and closing underperforming stores.

While performance in the Netherlands is expected to improve in 2H20, it is likely to take some time to see sustainable improvements in both revenue and margin. But we contend that at some point, operating leverage will become more evident as the network in Europe expands. The bigger picture is that the opportunity in Europe remains highly attractive and is likely to drive strong group earnings growth over the medium term.

CKF has an aggressive store rollout program for Taco Bell. An agreement entered into with Taco Bell (a subsidiary of Yum! Brands Inc.) in October 2018 included the rollout of more than 50 new Taco Bell restaurants across multiple states in Australia between 1 January 2019 and 31 December 2021.

There are currently seven restaurants trading, with a target for a further five to be opened in FY20. The Company is targeting to build 20 restaurants in calendar year 2020 and there could well be ~70 stores by FY23. At present, the Taco bell operations are generating EBITDA losses. In particular, CKF has incurred upfront investment costs (marketing, training store managers and store opening costs) to support the store rollout. Further, the store footprint remains immature and it typically takes around six months for stores to mature. Accordingly, an EBITDA loss is expected in FY20, with EBITDA breakeven expected to be reached in FY21.

With the shares having significantly re-rated, and currently trading on a 1-year forward P/E multiple of ~21.5x, we contend that the share price already reflects:

i) A sound strategy for the core KFC Australia operations,

ii) The potential for operating leverage in the European operations to flow through at some stage, and

iii) Expected earnings contribution from the appealing Taco Bell offering, which is a core driver to medium-long term growth as the store roll-out continues.

This means that it doesn’t leave much upside from here in terms of valuation. It is also worth noting that a key risk to the shares at current levels is the potential for an equity raising in order to both reduce debt levels and support CAPEX requirements.

The lows seen in December and January so far seem to be right at an obvious support level near $8.80. However, the bounce in early January has seen CKF fail to surpass the previous swing high which is $9.45. At this rate there is a good chance that CKF makes a lower low and dips $8.50 in the short term. From there we will have to reassess. There is therefore no rush to be buying CKF as there is scope for it to get cheaper.