Why Aristocrat is a money-making machine 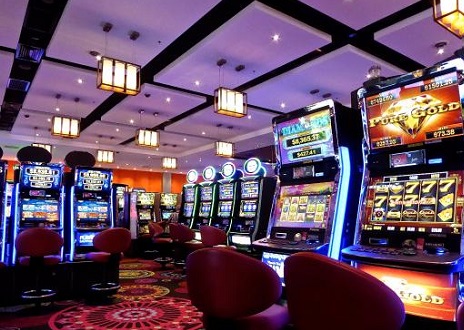 We analysed Aristocrat (ASX:ALL) as recently as 7 January for our clients, and it has already rallied over 8 per cent in 2 weeks (go here to claim your 8-week free trial to our research and get in early with our best tips).

Now that is rallying strongly again, we explain why there is scope for even more upside in the share price. The key factors underpinning the re-rating over the last 6-9 months have been:

i) A strong full-year result,

ii) A strengthening product offering across both its North American and Digital operations which form the base of a defensive earnings profile,

iii) A solid pipeline of new game titles, and

What are the key value drivers for Aristocrat?

There are two key value drivers for ALL: The land-based North America operations and the Digital division. These two businesses comprise around 85% of overall group revenue. The North America operations are the major contributor for the America’s division and comprise Class III and Class II gaming products. The main driver of profitability are Class III products, which are defined as “games are played against the house, with a random number generator determining outcomes. They include: slot machines, blackjack, craps, roulette and ‘house-banked’ card games i.e. games that are neither Class I or Class II.” (Source: Company website)

The Digital division comprises a suite of games that are available online or via an app. Revenue is roughly equally derived from two categories: Social Casual and Social Casino.

ALL continues to hold superior revenue share of games in comparison to competitors. Class III operations have continued to penetrate the market with a strong product portfolio across a diverse range of segments. Growth in the Class III installed base during FY19 was driven by Dragon Link, as well as Lightning Link. In recent game performance slot surveys across North America, ALL had about half of the Top 25 games “Premium Leased “games, with the index for ALL games well above the zone average as well as that for competitors IGT and Scientific Games. As such, the above factors, as well as the recent launch of Dollar Storm, underpins the potential for further market share gains and increased average yield for the gaming operations business.

The Company expects to see further incremental outright sales gains in North American adjacencies and also further expansion across the Gaming Operations installed base. Accordingly, the average fee per day and average sale price is expected to remain above market average.

Margin for the division is expected to remain flat over the course of FY20 and FY21 due to the release of a long list of new game titles throughout FY20. However, there is potential for margin expansion from the combined effect of: i) Previously-expensed costs having been completed and ii) Revenue expansion from previously-released adjacent market products.

The medium-term revenue outlook for the Digital division is for double-digit growth. This is supported by a strong pipeline of new games and the scale-up of recently-released new games.

However, margin has suffered as a result of elevated levels of user acquisition spend following the global launch of RAID: Shadow Legends in March 2019, as well as the inclusion of the lower-margin Plarium and Big Fish acquisitions.

As evidenced by reduced daily average users (DAUs) but increased average bookings per DAU, the Company has curtailed investment in low-quality players in order to grow profitability in later periods.

In context, margin for the Digital division excluding costs associated with the global launch of RAID actually increased as User Acquisition costs elsewhere was dialled back; particularly in social casino, as ALL more effectively targeted profitable user growth.

A further reduction in net debt over the course of 2H19 pushed the gearing level lower, to 1.4x (on net debt to EBITDA basis) as at 30 September 2019, Notwithstanding that ALL is self-funding growth via increased investment in Design & Development and User Acquisition, as well as paying higher dividends, the reduction in net debt demonstrates the Company’s asset-light, free cashflow generating capability.

The strong level of operating cashflow being generated supports further de-leveraging of the balance sheet. However, it is worth noting that ALL has never really had a lazy balance sheet. To this end, the strengthened balance sheet position provides the Company with greater scope to undertake (in order of priority): additional acquisitions and capital management initiatives (i.e. special dividends/share buybacks).

As growth in the core US land-based Class III segment begins to mature, ALL’s growth drivers are pivoting to adjacent US land-based opportunities and further monetisation of RAID. Redeploying balance sheet optionality could provide another leg of growth through capital management and/or acquisitions.

Earnings for FY20 and FY21 are also being supported by the lower effective tax rate, which may act as an offsetting factor to any earnings weakness at the operating level (i.e. EBITDA).

ALL continues to trade in an uptrend and for now it looks as though it will continue to head higher. In our research note a few weeks ago to clients, we noted that it was consolidating in the form of a symmetrical triangle and that ALL would continue to head higher, making those levels back at $34.26 a buying opportunity. After breaking out a couple of weeks ago, ALL is now back in the uptrend so any slight dips along the way are further buying opportunities.