Treasury Wine to head higher but not without risk 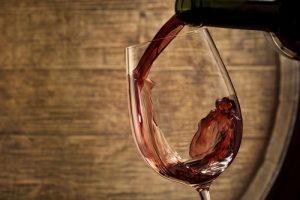 The share price of Treasury Wine Estates (ASX:TWE) has tripled in the last 3 years. With most of their wines being sold into Asia and the US, what challenges lie ahead for the company? And do the charts indicate further upside for the share price?

The principal activities for Treasury Wine Estates include viticulture and winemaking, as well as the marketing, sale and distribution of wine. The Company has a wine portfolio of over 70 brands and operates in four regions: Americas (most notably the US), Australian & NZ, Asia and Europe. The brand portfolio is spread across the Luxury, Masstige (a term referring to Mass-produced Prestige wine) and Commercial price segments. 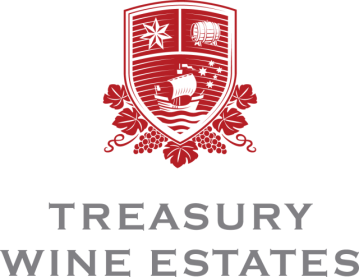 We recently reviewed the Company’s interim results for the six months to 31 December 2018 (1H19), where the market’s focus was more on future guidance than the result itself.

Most of the expected earnings growth target of 15-20% in FY20 is likely to be generated from the Americas division, where there are early signs distribution changes are working. While FY20 will contend with lower volumes from the 2017 vintage, the Company aim to offset this via the cost savings program. In addition, one-off transition costs relating to changes in the route-to-market in the US are being removed in 2H19, with margin accretion expected from FY20 onwards.

At the interim results release, TWE provided an overview of its operating model in China and the significant opportunity to continue to grow its market share by increasing the breadth and depth of its distribution footprint. While TWE is the largest wine importer in China, it only has a <5% share of the import market, after growing its share by ~30% over the last 12 months.

In context, China is estimated to account for over 50% of Asia division’s earnings, with divisional earnings growing by over 30% in 1H19. TWE uses a wholesale model in China, which eliminates the ~50% distributor margin typically incurred by its competitors. In turn, this creates a more efficient value chain, allows it to invest more heavily in its brands (lower price on shelf) and strengthen its retail partnerships. Under this wholesale model, TWE aims to expand city distribution coverage by +50% over the next three years.

The risk to this strategy is that TWE uses a number of 2nd tier distributors, who compete amongst each other as there are no firm distributor territories in China. Further, as these distributors are selling the same portfolio of TWE wines with a non-differentiated service, price is the key aspect of competition. Accordingly, this could lead:

While the shares are currently trading on a 1-year forward P/E multiple of ~21.5x, which is below the average multiple of ~25x over the last three years and at the lower end of a range of 21-30x over the same time frame, on balance, the potential for negative newsflow to impact the shares suggests a cautious view on TWE at current levels.

In addition to the expansion plans not being without risks, the performance of the Americas division will become more critical to TWE achieving its earnings growth guidance for FY20 and to this end, the magnitude of the margin expansion over the course of FY20/21 may disappoint given that firstly, TWE doesn’t have the same pull with distributors and retailers given it is a fraction of the size of the leading US wine makers like Constellation Brands, Gallo and The Wine Group. Secondly, the US wine market is more consolidated and competitive (in comparison to Asia) which limits all wine makers margins, in part due to the regulated nature of distribution in most states.

TWE spend the end of of 2018 establishing some good support near $14. It then broke through the $15 resistance level earlier this year. However, in mid February it came crashing back down to the $15 level, which is now offering support. It hasn’t made much progress yet which is a slight concern. If we can see further evidence that TWE wants to hold above $15, then we can be confident that it won’t head any lower and that would be a buying opportunity. Otherwise if it breaches the $15 level, then investors can wait for prices closer to $14.