Why has Australia’s economic growth been so low? 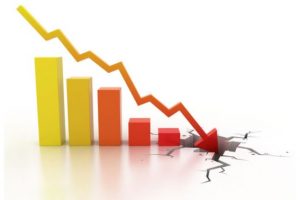 The state of the economy has a significant impact on the share market. When the economy is growing, companies have the capacity to increase profitability. This is because consumers have more disposable income and therefore more money to spend on goods and services. However, we have been seeing low interest rates and low economic growth in Australia for some time now. So what are the reasons for the Australia’s economic growth being below trend?

1.End of the mining boom

One of the reasons for the mining boom was the strong demand of commodities from China. This was due to the country experiencing industrialisation and urbanisation. Commodity prices rose as the demand outweighed supply. This was positive news for the Australian mining sector as it created strong employment and wages in the resource sector. This in turn created strong economic conditions for Australia. When the mining boom tapered off after 2012, jobs in the sector declined as well as the industries associated with mining. The end of the mining boom has contributed in lower output and weaker wage growth.

After the mining boom ended, the RBA tried to stimulate the economy by attracting investment in the property market. They created this by decreasing interest rates which increased property prices. However, this surge in property prices created large household debt which then contributed to softer household consumption. With the recent property downfall, consumers are now even more careful with their discretionary spending. Most recently we saw retail sales fall 0.4 per cent in December. This indicates that consumers are not positive about the economy. The savings rate has slipped to 2.4 percent which is at the lowest level since 2007. This figure is indicating that Australians are using their savings to pay for basic needs. Australians will be very vulnerable to interest rate rises and will need to keep an eye on their discretionary spending.

Housing property values are now falling so there is less demand for construction of residential buildings. Investors in the housing market have retreated and this has decreased demand. The decline of activity in the construction sector has dragged down economic growth. Construction is the third largest employer in Australia after health care and retail. Construction for houses, apartments and commercial work have all fallen so this has all impacted economic growth.

4.Slowdown of the manufacturing sector

China is Australia’s largest trading partner so a slowdown in China will affect Australia’s economy. China makes up 29.6% of the total exports from Australia. China’s manufacturing sector has slowed and new import orders from Chinese factories have declined for the first time in 19 months. Imports from China have decreased 7.6%, which is their biggest monthly slide in two years. There has been reduced demand by China for resources for building as well as agricultural goods.