Is it time to buy shares in Tesla? 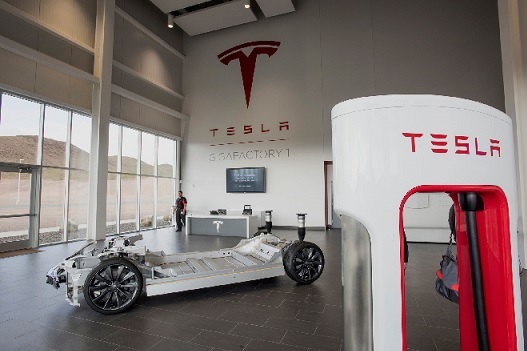 The last several months has seen the share price of Tesla (NASDAQ:TSLA) trend lower. Does the chart reveal whether we are getting close to the buy zone?

Analysts are increasingly concerned about delays in the Model S/X and Model 3, which will impact Tesla’s earnings. Not only that, but Tesla’s debt continues to grow, and the Company is not expected to turn a profit for another two years. There is also uncertainty as to how Tesla will be impacted by increasing competition by the major car-makers as they ramp up their efforts in the electric car space.

The chart for Tesla

From 2014 to early 2017, Tesla had been trading in a range from just under $200 to a little under $300. It then broke out of this range in April 2017 and rallied strongly for two months. Since then it has trended lower, testing the $300 area on a few occasions. At first glance, price action resembles that of a “flag”. And by sitting on top of the old trading range, it can be viewed as bullish. However, the downwards movements within this flag are fairly sharp and impulsive. This means that the flag is not quite as bullish as first expected.

For the moment we will interpret the Tesla chart as being neutral. If it can bounce higher from that $300 level and preferable break out the top-side of the flag near $350, then that would be a positive. But we would just be wary of the shares retesting the upper part of its old trading range, which is near $280. A breach of that would be very negative and imply a swift move back towards support under $200.