The waters are still cloudy for Tassal Group 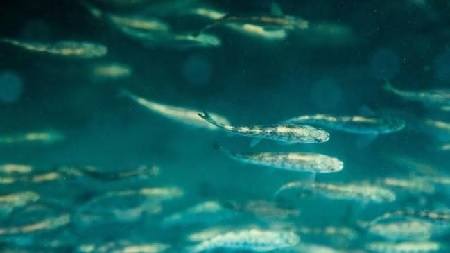 Tassal Group (ASX:TGR) shares have experienced ongoing weakness since the release of the Company’s FY19 result. Prior to that though the share price had performed fairly consistently. However, planned expansion into the higher-risk prawn category, yet another equity raising and challenges in the salmon business have all been factors that have clouded the operational outlook. With this in mind, we recently reviewed the stock to see the extent to which these concerns, while valid, may be overblown.

Tassal Group is Australia’s largest vertically-integrated salmon grower. The Company produces, processes and markets premium salmon, prawn and seafood products for both the Australian domestic (retail and wholesale channels) and export markets (Asia). TGR’s salmon operations are concentrated in Tasmania, where it operates across five salmon farms, four processing facilities and two hatcheries. The Company has recently expanded into the seafood category (via the acquisition of Sydney-based De Costi Seafoods) and into the prawn category with the acquisition of the Fortune Group in FY18, which added three prawn farms in Mission Beach, Proserpine and Yamba. TGR sells both branded and private label products. Key brands are Tassal, Superior Gold, Tasmanian Smokehouse and De Costi Seafoods.

Of the 33,856t salmon sold in FY19, around 80% comes from the domestic market (both retail and wholesale channels), with the remainder generated from the export market. After a +20% increase in overall salmon volumes in FY18, the Company provided guidance at the 1H19 results release indicated a slower growth curve and the likelihood of lower rate of harvest volumes in FY20. In particular, the Company expects strong growth in the domestic wholesale and channels, however export volumes are likely to be lower – hence the outlook for salmon volume growth in FY20 to be broadly flat.

TGR expect that a more gradual increase in supply over the short-term will support pricing and margin.

Prices for salmon in the domestic market have remained solid. With this in mind, the Company had intended to sell less salmon into the export market, on the basis that it could redirect that volume into the stronger domestic market. However, over the course of 2H19, export prices for salmon have progressively weakened, as a result of a gradual increase in export volumes.

The implication from lower export pricing is that some larger fish intended for the export market could be sold into the domestic wholesale market at a discount. This factor is potentially another pricing headwind, in addition to pricing pressure likely to arise from the increase in volumes from TGR’s key competitor.

Tassal’s prawn aquaculture business comprises the land, assets and inventory of a prawn farm located at Yamba (NSW), and two prawn farms in Queensland (Proserpine and Mission Beach), which were acquired from Fortune Group in 2018.

Since the acquisition, the Company has revealed more aggressive earnings targets: ~$25m EBITDA from FY21, compared to the prior target of $15-25m in FY23. This revised target is based on a greater uplift in volumes than initially forecast. In essence, prawns have more attractive earnings potential, as the EBITDA margin per kg is around double that of salmon.

Accordingly, the Company is directing a greater portion of its capital towards the prawn business. This includes a recently-completed equity raising, where the proceeds will be directed towards a number of expansion initiatives.

The earnings benefit from this activity is expected over the medium term, with the more short-term concern being the extent to which the margin for prawn to be maintained. In particular, prawn pricing can be volatile. Further, prawn production in Thailand is expected to stabilise over the medium term, after progressively declining since the
outbreak of Early Mortality Syndrome between 2009-2013.

Since the Fortune Group acquisition, net debt and gearing levels have progressively increased. In addition, the significantly increased CAPEX requirements mean that free cashflow in FY20 is expected to be negative. The prawn business is expected to improve TGR’s operating cashflow over the medium term, given that prawns have a 1-year working capital cycle as opposed to a 3-year working capital cycle for salmon. Accordingly, gearing levels are expected to peak in FY21, before the above-mentioned boost to operating cashflow takes effect from FY22 onwards.

While the strategy for the prawn business has merit, we consider that it is still premature to take a more favourable view on TGR’s fundamentals, given that the increased reliance on the prawn category to deliver earnings growth over the medium term increases the riskiness of the overall earnings profile.

A cautious view on TGR is warranted for the short term given that there is downside risk to dividend payments from higher CAPEX requirements; increasing gearing profile, and the prospect of further challenges in optimising the sales mix for salmon across the domestic/export channels.

TGR continues to fall on high volumes which means that it is too early to enter as a trade. There will be a lot of support near $3.50. So if TGR can find support down there and it coincides with the fundamentals turning around, then that would be the level that investors should aim for.