Tabcorp has a good yield, but is it time to buy? 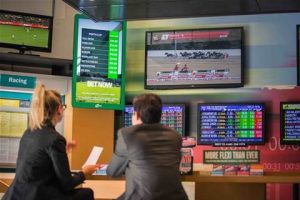 Tabcorp Holdings (ASX:TAH) offers a good yield but the shares are not cheap anymore. We take a closer look at the company and determine what might be a good entry level.

Tabcorp is an Australian gambling and entertainment group that operates wagering, racing media and Keno games as well as associated gaming services. TAH recently expanded into lotteries operations and gaming machine monitoring services. This was following the completion of the merger with competitor Tatts Group (TTS) in December 2017,

The Company has long-term licenses, with the average licence tenure until expiry being 25 years. However the main Queensland and NSW licences not due to expire until 2072/2050. Aside from lotteries, TAH has a keno distribution network that extends through more than 4,000 venues across NSW, Victoria, Queensland, South Australia and ACT.

What did the Interim Results Reveal?

We recently reviewed the Company’s interim results for the six months to 31 December 2018 (1H19). The key take-away for us was that the result itself, as well as the Company commentary that accompanied the result raised more questions than it provided answers. Such as, what are the likely catalysts for the share price going forward? Divisional performance was mixed (strong revenue growth in Lotteries was in contrast to weakness in Wagering). While overall synergies by FY21 from the Tatts merger were upgraded, it did little to allay concerns as to whether the revenue component of the overall synergies targeted are achievable. 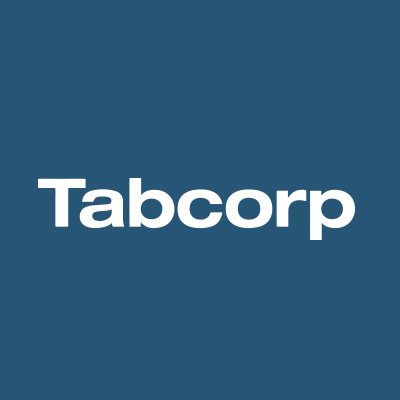 In 1H19, earnings for the Wagering & Media division declined by 3.7% in a highly competitive period. This saw below average yields across the industry. Turnover growth for TAB (+2.6%) was offset by a 7.4% decline in turnover for UBET, resulting in flat turnover for the division overall despite an increase in ‘generosities’ (i.e. intense promotional activity).

Competition is expected to remain aggressive. This is as corporate bookmakers are also increasing ‘generosities’ following the introduction of Wagering Point of Consumption Taxes (POCT)1 and the prohibition of synthetic lottery products from 9 January 2019. In response, TAH have signalled continued promotional intensity in order to remain competitive.

The negative implication from this is that while increased ‘generosities’ support revenue growth and increase TAB’s revenue share, fixed odds yields are likely to remain under pressure. They have fallen 1.3% to 13.4%.

2. Boost to Lotteries Revenue Not Sustainable

Revenue growth for the Lotteries division in 1H19 was driven by a more favourable jackpot sequence. There were an unprecedented six jackpots at or above $50m during 1H19. The Company commented that Powerball game changes are driving “bigger and more frequent jackpots and more prizes as planned”.

Further, notwithstanding the potential for margin expansion from increased digital penetration, the EBIT growth profile for Lotteries in FY20 and FY21 is expected to slow significantly on the back of revenue for those years slowing to mid-single-digit growth.

The Company initially outlined synergy targets in the TAH/Tatts Scheme Booklet of at least $130m per annum of EBITDA by FY21, with the Company reiterating this target at the FY18 results announcement. At the 1H19 results release, the overall synergy target was upgraded to $130-145m in FY21. Importantly, the expected cost synergies have been upgraded from $80m to $95m, while the revenue synergies have been reduced to $35-50m (previously $50m).

The increasing generation of cost-base synergies (which will eventually run out) at the expense of revenue-based synergies does not prompt us to look more favourably on TAH, as it indicates that the more sustainable long-term benefits from the merger with Tatts (i.e. scale benefits from technology platform and mix shift towards higher-margin digital sales) may be harder to achieve that initially expected.

Trading on a 1-year forward P/E multiple of ~22x, we consider TAH to be fully priced. Having said that, the stock does have appeal as a yield play, having lifted its FY19 dividend target to 100% of NPAT before significant items, from the previous target of 90%. At current levels, the stock is offering a fully franked yield of ~4.7%.

TAH had a nice bounce off the December lows but it has struggled during the last several weeks. It was sold off sharply in February before recovering again. There seems to be some resistance near the $4.80 level, which is just under the 2018 peak. If it can break through $4.80 then that would represent a buy signal and could lead to TAH pushing past $5. For the moment though, the lower highs it has been making since the February peak is a bit of a negative. If no serious buying can step in soon, then we could see TAH continue to drift back. Major support is just above $4.20.