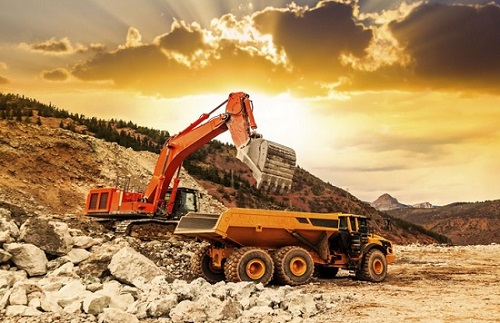 We recently researched South32 (ASX:S32) and concluded that the shares were pricing in a number of strong fundamentals.

South32 is a diversified mining company with principal exposures to aluminium/alumina, coal, and manganese. Their operations are largely in Australia, Brazil, and South Africa. The asset quality of S32’s portfolio is high, with the majority of assets in the bottom half of their respective cost curves.

S32’s quarterly production reports are typically mixed, given the wide exposure across a number of assets and commodities. Accordingly, upgrad

es/downgrades to full-year production guidance are a better indicator of underlying performance.

The highlight of the quarterly production report for March 2021 (3Q21) was the Cannington operation, with strong underground performance supporting the accelerated extraction of higher-grade material. This performance is expected to flow into the June 2021 quarter. This lead to silver, lead and zinc production guidance being upgraded 10%, which is the second upgrade this year.

S32 has commenced a Pre-Feasibility Study at Cannington that will assess the transition away from the current truck/shaft configuration to a decline haulage option to bring forward higher grade material. Mining costs and mill throughput are expected to remain largely unchanged.

Key points from other operations include:

• Manganese production was in line, while guidance for South African Manganese was also upgraded by 10%.
• Metallurgical coal showed expected improvement with a return to a three-longwall configuration at the Appin mine continuing to deliver greater efficiencies.

Most of S32’s assets are well positioned in the first/second quartile of the global cost curve. Past operational issues have improved and as such, have not significantly impacted overall unit costs in recent years.

At the interim results in February, the Company increased unit cost guidance for a number of assets. Importantly, operating unit costs in 3Q21 were tracking to plan at all operations on the basis of previously disclosed exchange rate and commodity price assumptions.

In terms of operating costs, the recent interim result was better than expected. This was largely due to lower operating costs. The Company is on track to embed ~US$50m in annualised savings beyond FY22 into the business, which is expected to support earnings for each asset going forward.

A potential swing factor that could support earnings at the NPAT level is the change in the Company’s effective tax rate (ETR) following the sale of South Africa Energy Coal (discussed in further detail below). S32 had a 52.2% ETR in 1H21 and has previously flagged that the ETR will remain elevated until the divestment of South Africa Energy Coal (SAEC) is completed.

The balance sheet has been in a net cash position since June 2016. Further, net cashflow generation was strong during the March 2021 quarter despite the current share buyback program which is expected to be completed by September 2021.

We rate S32’s fundamentals highly, in particular: i) An improving EBITDA margin profile, ii) The potential for increased capital management, especially following completion of the sale of SAEC and iii) Expectations for sustained revenue growth as a result of increased commodity price forecasts for key exposures (i.e. aluminium, alumina and manganese) coupled with higher production guidance for Cannington and South African Manganese.

Near-term catalysts for the shares include: i) The release of the pre-feasibility study on the Taylor deposit and ii) Scoping study on the Clark deposit at the Hermosa (zinc-lead-silver) project in Arizona.

S32 has come back in the last couple of weeks, but we can see that the overall uptrend is still in place. There is very strong support near $2.80. This means that if we get a bounce from current levels, then that would be a buying opportunity. If it breaks support near $2.80, then it will have to hold onto the next support level of $2.65. A break of that would be a negative.