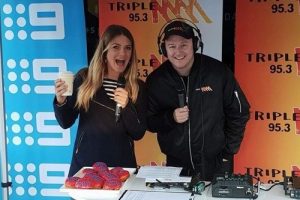 Southern Cross Media Group (ASX:SXL) shares have eased back during the last couple of months. Does this mean that it is now cheap enough to buy?

Southern Cross Media Group (SXL) is a domestic commercial radio and Free-to-Air (FTA) TV broadcaster. Approximately 37% of revenues are derived from metropolitan radio broadcasting. The remainder is generated from regional radio and regional FTA TV assets. In Regional TV, the Company has affiliation arrangements with the three metropolitan commercial networks. Their principal affiliation is with the Nine Network.

The key drivers for the Metropolitan radio operations are radio ratings and conditions in advertising markets. After revenue for Metropolitan radio fell in the first half of FY18, there was an improvement in the second half. This is because ratings improved and the Company had early success with its digital monetisation strategy. The Company is generating additional revenue as a result of combining its FM and DAB audiences.

Continued improvement in radio ratings are needed for the Company to continue to generate further revenue benefits from the digital monetisation strategy. However, a look at the recent radio ratings for the key stations indicate that ratings have deteriorated. In particular, ratings for Hit 101.9FM in Melbourne have slipped back in the two latest survey periods that fall in the current half-year period. Further, ratings for the Sydney stations (104.1 2DayFM and Triple M) have deteriorated. Despite this, Triple M in Melbourne has remained broadly steady. The fall-back in ratings for 104.1 2DayFM is disappointing. This is after improving from recent lows of 3.8% in Survey 7 2017, especially given that this station remains the main content priority for the Company.

Conditions in Regional TV remain challenging, as evidenced by SXL recognising a significant impairment of its regional TV assets (i.e. the value of its TV licences). This reflects a continued decline in regional TV markets, which SXL expects will continue. Advertising revenue in Regional TV is closely linked to the performance of the affiliation partners. A decline/absence of advertising revenue growth (there is typically a delay in the revenue uplift as a result of higher ratings) would need to be offset by another affiliation partner. This is significant given that SXL’s main affiliation partner (Nine Network) indicated in a recent trading update that metropolitan free-to-air advertising market for the September 2018 quarter has been soft.

Whilst the shares are trading on an undemanding 1-year forward P/E multiple of under 11x, we take a cautious view. We consider that there is a high level of risk in relation to current earnings estimates.

In particular, SXL is targeting cost growth to be below revenue growth in FY19. Bear in mind that the reverse situation was evident in FY18. Whilst commentary has indicated that group revenue growth of +5% in the July/August period is tracking above the rate of expense growth (expected to decline to under 3% in FY19), the more moderate cost outlook for FY19 (and the likelihood that revenue growth remains above cost growth) is at risk of being offset by weaker-than-expected performance in Metropolitan radio (i.e. should radio ratings remain low) and continuing challenging market conditions in Regional TV.

A likely catalyst for the share price is the potential for further sector consolidation. The 2018 calendar year was characterised by a number of media M&A deals. Whilst SXL is currently focussed on organic growth initiatives, the completion of assets sales, as well as improved gearing levels and refinancing positions, the Company is well positioned to participate in sector M&A, which is underpinned by the removal of the TV Audience Reach rules (75% audience cap) and/or removal of Cross Media Ownership rules.

SXL was looking good earlier this year when it had broken a downtrend that was in place for much of 2017. It then rallied to the 61.8% Fib retracement of that downtrend, before falling away again. Given that the recent rally managed to cover a decent amount of ground, there is a good chance that SXL finds support here near $1.10. At the moment, that seems to be happening. Traders should now look for strong price action to confirm the move higher.