Metcash shares trading well, but can it continue? 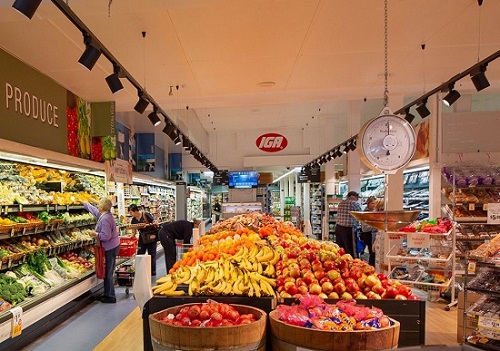 The Metcash (ASX:MTS) share price re-rated significantly in 2020 as the Company was clearly a net beneficiary of COVID-19-related impacts. More recently, the shares have benefited from a number of positive Company-specific fundamentals, such as increased contribution from acquisitions, a significantly, improved competitive position, food inflation (compared to deflation for major competitors) and a balance sheet that provides adequate scope for capital management and/or further earnings-accretive acquisitions.

Following the release of results for the for the full year to 30 April 2021 (FY21), and in light of recent lockdowns, we re-visited Metcash to determine whether there is potential for further upside in the shares.

Metcash (MTS) is Australia’s leading wholesale distribution and marketing company for the independent grocery channel. It has a diversified business across the food, grocery, hardware and liquor sectors. The Company is the 4th largest player in the domestic supermarket segment. They are behind Woolworths and Coles (which together account for ~2/3rd of the overall market share) and Aldi.

MTS is in a significantly better competitive position than 2-3 years ago. This is evidenced by the Company being able to maintain a premium in shelf prices, as well as success with its store refurbishment program (where IGA retailers are re-investing in their stores).

Accordingly, MTS’s sales growth is broadly in-line with the grocery industry. This is despite significant outperformance in 2020. The Company has also been able to maintain its grocery market share. This is likely due to the retention of some customers that purchased with independent retailers through COVID-19 and increased rates of reinvestment by retailers.

Overall, MTS’ sales growth is expected to remain broadly in line with the market over the rest of 1H22 as Metcash and IGA retailers have reinvested in stores. Current growth rates are being supported by lockdowns across an increasing number of Australian states and the currently low level of COVID-19 vaccination rates.

A key reason enabling MTS to deliver food inflation above its major peers is that shelf prices for the most popular SKUs at IGA online have typically been around 3-5% higher than Coles & Woolworths over the course of the last 6-9 months. While the pricing premium for IGA online is significantly lower in comparison to historical trends, the premium is nonetheless justified. This is given IGA’s increased convenience offer in comparison to the major competitors. Further, MTS has repositioned its product lines (as part of the DSA program) towards growing sales of higher-margin fresh food. They have done this by adding packaged meat, cheese counters, and readymade meals.

The Hardware division reported a 61.5% increase in full-year EBIT to $136m, It was underpinned by strong growth in sales volumes (particularly DIY), increased contribution from company-owned/joint venture stores, acquisitions (including an 8-month contribution from Total Tools), as well as continued focus on operating cost efficiencies.

Excluding the contribution from acquisitions, organic EBIT growth was still impressive, at 27%. Further, the expansion in the EBIT margin (+130 basis points to 5.3%) – driven by cost savings and a larger contribution to sales mix from the higher-margin DIY segment – now places the EBIT margin for the Hardware division at the highest level since 1H15.

Hardware has been more of a focus in Merger & Acquisition history for MTS (e.g., Home Timber & Hardware, Total Tools, and independent hardware retailers). There are potential bolt-on acquisitions in Hardware, given that the market is highly fragmented (especially in trade). However, we consider that the Company will wait for more attractive acquisition multiples before undertaking further acquisitions.

The balance sheet is very well capitalised, having de-levered substantially in recent years. Net cash as at 30 April 2020 was $124.6m, with no debt on the balance sheet. However, following completion of a share buyback, as well as the payment for an additional stake in Total Tools, gearing (on a net debt/net debt + equity) is expected to be ~10-12%, which is below the target level of 20% that the Company considers is comfortable enough to operate the business on a through-the-cycle basis.

Operating Leverage Appears to Have Weakened

At a group level, there was evidence of reduced operating leverage in 2H21, as the Company incurred higher operating expenses. Short-term incentives increased due to the better performance of the group and insurance expenses also increased. There also appear to be ongoing operating inefficiencies incurred because of volatile trading, which is necessitating additional higher-cost shifts in the warehouse and maintaining higher inventory levels.

Sales growth over FY22 and FY23 is expected to be supported by elevated trading conditions in Food as well as higher growth generated from the Hardware business. However, the extent of EBIT growth over this period is unlikely to match the rate of sales growth, as some of the higher operating expenses being incurred are likely to be permanent. In addition, the increasing shift in the earnings base towards Hardware means that the Company will incur higher staffing costs, as Hardware is more labour intensive.

MTS shares are currently trading on a 1-year forward P/E multiple of ~16x. This is at the upper end of its trading range over five years.

A key catalyst for a further re-rating in the shares is the diversification in the earnings mix towards Hardware (33% of EBIT) and Liquor (21% of EBIT). These are higher-multiple businesses. The Hardware division is likely to comprise ~40% of group EBIT in FY22 (supported by a solid pipeline of residential construction activity) and is set to overtake the Food division by FY24, as Total Tools rolls out stores and MTS continues to convert franchised stores to JV operations.

However, a more favourable view on MTS’ fundamentals is precluded by indications of weakening operating leverage in the Food division (which still comprises a meaningful portion of group revenue and earnings), as well as an unattractive 3-year EPS growth profile of ~1% (on a CAGR basis) with the Hardware division driving the majority of earnings growth out to FY24.

The overall trend for Metcash is to the upside. The chart looks a bit messy, but it has recently managed to overcome resistance near $3.80 and is now trying to push above $4. Overall, it appears as though the price wants to head higher for now and investors may be able to see better levels in the short term.