Is TechnologyOne a tech stock worth buying? 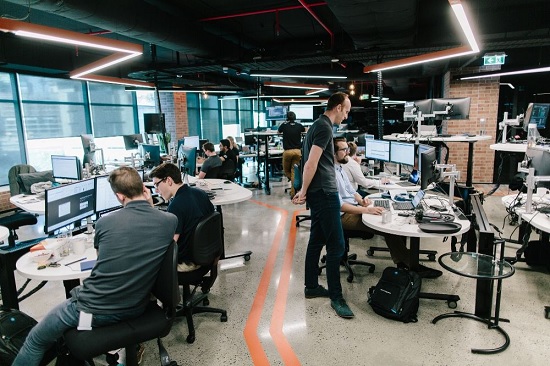 Shares in TechnologyOne (ASX:TNE) suffered a major sell-off as a result of a rotational switch into cyclicals/recovery stocks as well as broader market concerns about macro factors (such as higher inflation). We recently analysed TNE following the recent release of its first half results. Have the fundamentals improved – and if so, to what extent can the latter, as opposed to macro factors, support a further recovery in the share price from its recent lows?

TechnologyOne is Australia’s largest enterprise resource planning (ERP) Software as a Service (SaaS) provider. The Company is the only SaaS provider with a fully integrated ERP suite and its entire enterprise suite is delivered on mobile devices. Customers use TNE’s SaaS solution, as the benefits include cost savings, scalability, security, and anywhere-anytime access. It also allows agility and speed to market of new products. These customers have hundreds of thousands of users, making TNE’s the largest ERP SaaS offering in Australia.

Around 85% of revenue is generated from the government, education and health sectors (or ‘verticals’), which are highly defensive and where the Company has a customer retention rate of +99%.

Is the Long-Term Revenue Target Aspirational or Achievable?

Taking existing legacy TNE customers (with an on-premise solution) and migrating their current offering to TNE’s Cloud would grow TNE’s ARR by $180m to $414m. To reach the $500m target by FY26, the number of new net customer additions and average spend would need to hold. SaaS customers tend to take at least one additional TNE product, so, assuming TNE’s legacy customers behaved like all other SaaS customers once transitioned, then the $500m ARR target appears achievable, based on the current number of products per customer.

Further, the net cash position on the balance sheet is strong enough to enable TNE to continue undertaking Research & Development (R&D), which is focussed on developing TNE’s product suite for the cloud.

… But Why Is the Transition to SaaS Delayed?

While the ARR target of $500m by FY26 is achievable, the extension of the ARR target by two years appears at odds with most businesses which have more rapidly adopted Cloud and SaaS. TNE appears to be taking a conservative stance but there are also many customers interested in adopting SaaS but whose organisations are not yet SaaS ready. As such, the transition to SaaS is delayed.

One factor which could reverse this trend is that COVID-19 appears to have prompted many businesses to move to an SaaS offering 2-3 years earlier than originally planned. Once entrenched within TNE’s SaaS solution, these customers are likely to purchase additional products more quickly.

Can Margin Targets be Achieved?

The growth and scalability of the SaaS business (with the majority of TNE’s customers yet to transition to the high-margin SaaS platform) is expected to increase operating leverage. To this end, the Company recently increased its medium-term Profit Before Tax (PBT) margin target from ~30% to 35% “in the next few years”. In FY20, PBT margin was 29% (FY19: 27%), with the expansion in PBT margin driven by cost reductions as a result of greater efficiencies associated with the transition to SaaS, as well as rebalancing investment and headcount from on-premise to SaaS and other growth areas of the business.

Total expenses in 1H21 declined by 5%. This compares to 3% growth in total expenses in FY19 and FY20. Accordingly, reaching the 35% margin target (we assume in FY24) relies heavily on operating cost growth out to FY24 being contained to ~3% per annum, especially as SaaS platform costs are expect to progressively rise each year to FY24. Accordingly, the risk is that TNE achieves its PBT margin target beyond FY24.

TechnologyOne shares are currently trading on a 1-year forward P/E multiple of ~38x, which is broadly within the ~30-45x range over the past 2-3 years and still broadly comparable with those for pure-play global SaaS operators.

The implication here is that TNE’s revenue growth profile, while defensive, remains exposed to existing customers delaying their decision to transition to SaaS, or new customers push back purchasing decisions.

Accordingly, we take a cautious view on TNE’s fundamentals.

TNE’s share price profile was much smoother at the end of 2018 – early 2019. Since then, it has become very volatile and it hasn’t made any progress in the last two years. At the moment it is near the top of its 2-year trading range which leaves it vulnerable to potential selling near $10. For a safer entry point, it either needs to clear the 2020 peak, or it needs to ease back to the bottom of the range near $7.