Is Codan a value trap? 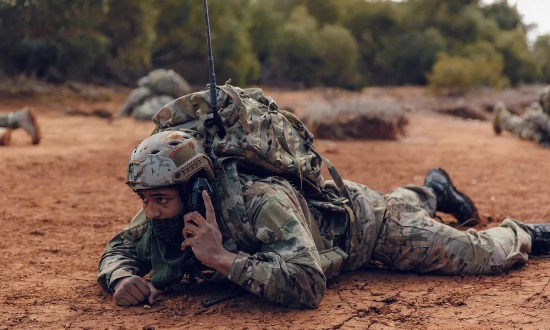 Shares in Codan (ASX:CDA) have de-rated from a 1-year forward P/E multiple, from ~27x 12 months ago to ~12x at present. This is given challenges in its Metal Detection Division. With growth opportunities emerging from the Communications Division and improved balance sheet capacity, is Codan becoming a value play, or value trap?

Revenue Base Has Diversified

One of the two communications businesses acquired by CDA was US-based Domo Tactical Communications (DTC). This was for an upfront cost of $114m in May 2021. DTC is the leading MIMO MESH provider in the world. DTC radio solutions provide short range high bandwidth communications suitable for the wireless transmission of video and other data applications. It is an established provider to customers including Military and Special Forces, Intelligence Agencies, Border Control and First Responders. The acquisition of DTC is important from the viewpoint that it has added leading edge technology to CDA’s communications solutions. It forms part of the Company strategy to provide a total solution by transitioning from a traditional voice platform to one including data and video.

Importantly, following the acquisition of two Communications businesses making a full-year contribution to FY22 results, there are growth drivers for FY23 onwards. This includes further penetration of new geographic markets and new product releases that will drive market share gains.

Accordingly, the Communications division is likely to become a meaningful growth driver over the medium term. This is given that the DTC acquisition has expanded CDA’s addressable markets. As an example, the acquisition of Broadcast Wireless Systems (BWS) by DTC further builds out their product offering to include wireless video camera links. DTC awarded the largest contract in CDA’s history. The Company also noted that there are positive signs in the developing world military markets, which is positive for the growth outlook.

Revenue for the Metal Detection division in 1H22 fell by 11%. This was due to weaker demand in the gold mining segment, which was driven by geopolitical issues in core African market (primarily Sudan) and base effects from record FY21 sales. Civil unrest in Sudan impacted sales in the Metal Detection division’s largest gold detector market. However, recreational markets held at record FY21 levels that were boosted by government stimulus. In context, Sudan accounted for ~12% of divisional revenue in FY21 and ~14% of divisional revenue in 1H22.

We consider that there is potential for the Metal Detection division to return to growth in FY23. This expectation is underpinned by new product development, distribution gains and an easing of the headwinds faced during FY22. However, any recovery is highly reliant on geo-political tensions easing. In addition, three new products are expected to be launched in FY23 – a new gold detection product and two coin and treasure products. Moreover, the push into additional emerging markets continues, which should support incremental growth. As alluded to earlier in our report, CDA continues to expand into new geographic regions (for example Latin America and India) which provides a long runway for growth.

As a result of the acquisition of the two communications businesses, net debt increased to $47.8m in 1H22 from a net cash position of $111.2m in 1H21. This resulted in gearing (on a net debt to EBITDA basis) of 0.6x. Notwithstanding the move into a net debt position, the balance sheet remains conservatively geared and remains well positioned to pursue further acquisitive growth.

The improvement in operating cashflow, coupled with expectations that the balance sheet moves back into a net cash position in FY23, allows the Company to pursue further growth opportunities, which are likely to be well received by the market given that the DTC and Zetron acquisitions are performing well.

Despite the de-rating in the shares, we take a cautious view on CDA. A key investment risk is that the Metal Detection business does not return to growth in FY23, especially as current consensus NPAT for FY23 of ~$111m imply +10% annual growth and a potential to return to growth for the Metal Detection division in FY23 is highly reliant on geo-political tensions easing. To this end, there is potential downside sales risk from lower gold detector sales in Sudan and Russia.

Other risks include a slower-than-expected uptake of new products, especially in the context of CDA’s continued expansion into new geographic regions (for example Latin America and India). This provides a long runway for growth but can exhibit volatile sales trends over the short-to-medium term.

Further, we consider the current 1-year forward P/E multiple of ~12x to still be unattractive in the context of earnings growth of ~4.5% from FY21-24 on a CAGR basis. Having said that, the key upside risk to our view is additional EPS-accretive acquisitions.

In the past several weeks, the CDA share price leveled out and then started to edge higher. Volumes have also been healthy on the way up. However, the overall trend is still to the downside. If a low is now in place, then we need to see CDA push above $9 and hold in well. Otherwise, the shares are still at risk of getting cheaper. The next support level is down near $6.