Will Harvey Norman again benefit from end of lockdowns? 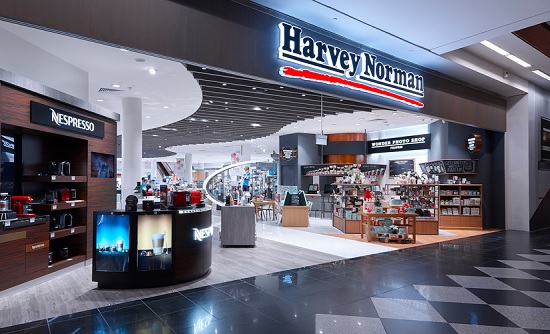 Shares in Harvey Norman (ASX:HVN) performed strongly for the most part of 2020, as extended lockdowns in Australia meant that spending on the home increased. In turn, the surge in sales led to an even greater jump in profitability. More recently, negative sales growth and a decline in operating leverage have weighed on the share price.

Beyond the current lockdowns in Australia, there are several macro themes that support sustainable sales growth into the medium term. What are the merits and risks from these macro themes and are there other factors that are likely to support a recovery in the shares from current levels?

In Australia, the Company operates under a franchise system, under the Harvey Norman and Domayne brands. As at 30 June 2021, there were 192 franchised complexes in Australia (FY20: 194) and 107 Company-operated stores in international markets (FY20: 96), namely New Zealand, Slovenia, Croatia, Ireland, Northern Ireland, Singapore, and Malaysia.

In addition to franchised retail operations, HVN has a substantial property portfolio (valued at $3.37b), consisting mainly of freehold investment properties in Australia.

Sales momentum for HVN’s Australian Franchise operations have moderated, from -0.5% in 2H21, to -19.1% for the early period of FY22, as NSW, VIC and ACT entered hard lockdowns. This trend is in line with a decline in sales of household goods in Australia during current lockdown periods.

Not yet a subscriber? Join now for FREE!

Receive our weekly tips and strategies into your inbox each week.

Furniture remains an important category for HVN. We note two points that explain the decline in FY22 trading to date (and underpin a likely recovery in the category):

i. Widespread restrictions on construction activity having flow-on effects on furniture sales.

ii. HVN’s target furniture market segment tends towards the middle- to upper- premium band, where customers tend to be less willing to shop online (i.e. prefer in-store visits) and the nature of purchases means that product sales cannot be transferred to the online platform.

Furniture (as well as categories such as bedding, bathroom and floor coverings) all require construction/assembly, and its activity has been significantly reduced in many areas. These factors are in contrast with HVN’s online competitors, which typically target entry-level furniture segments where customers are more focused on price/value rather than quality.

HVN franchisees operate in the home & lifestyle categories which directly benefit from increased spending on the home. To this end, consumers continue to invest in their home given the shift to greater work/study from home. HVN also has strong relationships with premium brands, providing advantaged access to product and supplier support.

Aside from the greater emphasis on investment in the home, there are several macro factors that are expected to support the household goods category for the next 2-3 years. These include: i) A strong housing cycle, ii) A likely long pipeline of renovation work (which has been delayed by lockdowns/restrictions) and iii) Elevated level of household savings.

When Will Operating Leverage Return?

For its Australian Franchise operations, HVN has a high level of fixed costs given its franchisor structure. In turn, this has enabled HVN to generate an historically high level of operating leverage, which in recent times, has been well ahead of that for its competitors (namely JB Hi-Fi, The Good Guys and Bunnings).

It appears unlikely that the degree of operating leverage seen in these periods will occur in FY22, as both sales and costs (as a % of sales) return to historical levels. However, operating leverage is likely to return in FY23 as a result of:

• A gradual recovery in tactical support through to FY23, which is necessary in order to drive market share gains.
• With the Company’s investment in its store network to include fit-outs for premium products, a greater portion of sales are expected to come from premium categories, where margins are stronger.

Lack of Capital Management Not a Cause for Concern

HVN shares are often considered an attractive yield play, given that the yield on ordinary shares has generally been ~4-5% and has been supported by special dividends given that there have been increasing (and substantial) franking credits.

One of the disappointing aspects of the FY21 result was a lower-than-expected ordinary dividend payment, which was 46% higher than FY20, but ~15% below consensus expectations. In addition, there was a lack of capital management, which some investors expected in the form of special dividends, given that the franking balance continued to increase ($497.7m as at 30 June 2021, up from $450.6m as at 30 June 2020).

We consider that there are two plausible explanations for the conservative dividend and lack of capital management.

Firstly, the Company intends to use the funds to support its expansion plans. HVN intends to open up to three franchised complexes in Australia and ramp-up offshore expansion, with plans to open eight overseas stores (four in NZ, three in Malaysia and one in Croatia). Secondly, HVN may be taking a prudent approach in light of the uncertain trading environment currently weighing on sales as lockdowns/restricted trading remain in place in NSW & Victoria.

The key factors underpinning the investment case for HVN include the potential for recovery in operating leverage in the Australian Franchise operations, as well as the international expansion plans (which are likely to account for a higher portion of group profits over the medium-term).

However, we consider the benefit from these initiatives to be medium-term catalysts. The greater short-term investment risk comes from the likelihood of a more protracted recovery in comparable sales growth once the domestic economy opens up. In particular:

i. Consumers may not spend as aggressively as they did after previous lockdowns;
ii. In the initial 6-12 months post lockdowns, household may utlise savings to spend on categories where there is greater pent-up demand (i.e. travel/domestic holidays); instead of home-based products, with retailers such as HVN having already substantially benefitting from increased spending on the home from prior lockdowns.
iii. Pressure on household debt serviceability levels, given that housing debt growth looks likely to continue accelerating on the back of higher housing prices.

The shares currently trade on a 1-year forward P/E multiple of ~12x, which is broadly in line with the recent average.

In August, HVN failed to get above the March peak near $6. It then fell away dramatically towards the May low. Having been unable to find support at the May low we can see it now tracking sideways just above support near $4.80. It is too early to know whether this support level may hold. HVN needs to build a larger base here. A break under $4.80 would have us targeting support back near $4.50. A push back above about $5.05 would be a positive sign and a potential buying opportunity.

Join thousands of investors who receive our unique stock market analysis every week!

we combine both fundamental & technical analysis so You'll receive:

Our Analysis is used by:

"Michael’s key skill is in making what can sometimes seem like an investing black art comprehensible to a normal reader. That’s a surprisingly rare skill among experts such as Michael."