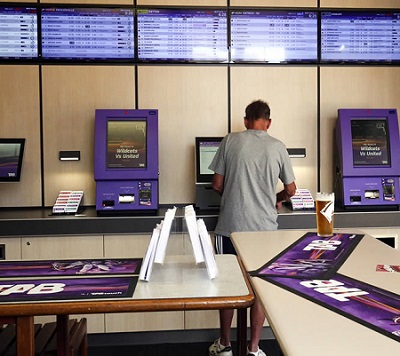 Can the Lotteries Division Sustain its Run of Good Luck?

The Lotteries and Keno division accounts for over 50% of group revenue and earnings. Within the division, the vast majority of these are generated from the Lotteries.

The strength in the Lotteries division was the standout feature of the FY19 result, with a favourable run of 49 jackpots underpinning strong increases in revenue (+23%) and EBITDA (+29%). Revenue growth was more evident in 2H19 (+31%), underpinned by Powerball game changes*.

Divisional results over the last couple of years have benefitted from a favourable run of jackpots. TAH’s lottery model expects 38 jackpots in a ‘normal’ jackpot year, up from 31 prior to the Powerball changes, but lower than the 49 jackpots in FY19. This underpins the challenge of trying to gauge the revenue performance over the next two years, as well as the likely earnings growth trajectory. To this end, we make a number of observations:

i. The large increase in the number of active players achieved in FY19 heightens the impact of ‘jackpot fatigue’, which occurs when players wait for a larger prize before purchasing a ticket, resulting in fewer ticket sales and stymied prize growth.

ii. As the Lucky Lotteries Mega Jackpot has been won, there will be a revenue drag from the December quarter onwards. As such, it is likely that revenue growth in FY20 may be flat-to-declining, as the decrease in future sales at lower- and mid-sized jackpots (due to jackpot fatigue) may not be offset by the increase in ticket sales for larger jackpots.

iii. EBITDA growth in FY20 is likely to be higher that revenue growth due to the contribution from the higher-margin digital channel. Digital turnover for Lotteries in FY19 increased by 73.5% and now accounts for 23.5% of total turnover.

Despite a 1.3% increase in turnover in FY19, revenue declined by 3.6% to $2.31b. This was a result of TAH continuing to invest in ‘generosities’ (i.e. online marketing campaigns and promotional activity) in order to maintain active customer numbers. Investment in both generosities and marketing are increasing and this resulted in a greater EBITDA decline (-7.9% to $416m).

The Wagering division remains exposed to declining segments of the wagering industry such as retail, tote, and racing. On the other hand, TAH’s exposure to growth segments such as fixed-odds betting is declining, as increasing generosities have reduced fixed-odds yields and as aggressive competition from corporate bookmakers has eroded TAH’s market share.

The prospects for an improvement hinge on the Company’s ability to generate growth in the number of active UBET clients. This is not expected to become evident until FY21, when the UBET integration is completed.

At present levels, we do not consider Tabcorp to be an appealing investment. In particular, the shares are trading on a 1-year forward P/E multiple of ~23x, which appears to be factoring:

i. Medium- to longer-term benefits such as wagering industry rationalisation, synergy benefits from the Tatts integration,
ii. An expected recovery the Wagering division’s earnings from FY21,
iii. The potential for acquisitions, given that the Company has previously indicated its preference to retain balance sheet flexibility for acquisitive opportunities, having previously ruled out a share buyback.

Current valuations may see profit taking up at these levels. Having said that, we consider that there is a chance that the share price could be supported by the Company’s dividend policy. At the 1H19 results release in February, TAH lifted its FY19 dividend target to 100% of NPAT before significant items, from the previous target of 90%. Despite the increase in dividend policy, the gearing level is expected to moderate from FY20, as cashflow remains high quality (cash conversion is ~100% of EBITDA).

For almost 5 years, TAH has mostly be confined to a trading range from the low $4’s to about $5. At the moment it is at the top of that range again, most recently rejecting that $5 level just last month. For the time being, it therefore looks as though TAH will ease back to cheaper levels. Every other time it rejected the $5 mark, it fell back towards the early $4’s. So for the moment, we will be looking to see it find support back down at that level.

* The launch of the new Powerball game in April 2018 has increased prize frequency and the opportunity for bigger jackpots, as well as more winners overall.