Viva Energy shares may get cheaper from here 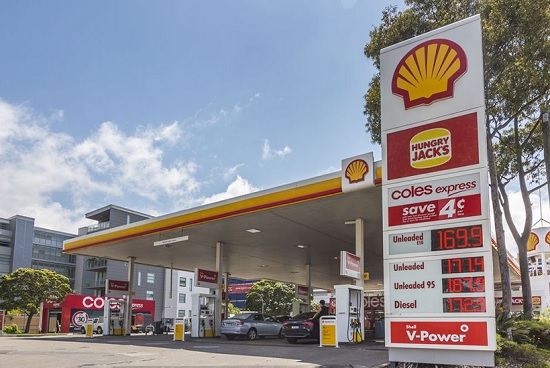 Shares in Viva Energy Group (ASX:VEA) re-rated strongly last month after issuing earnings (EBITDA) guidance of $390-410m for the six months to 30 June 2021 (1H21) that was materially ahead of market expectations. We recently researched the Company to assess whether there is scope for a further re-rating, given conflicting factors such as a more challenging outlook for the Retail business and improving refiner margins.

VEA is one of Australia’s leading energy companies and supplies approximately a quarter of the Australia’s liquid fuel requirements. It is the exclusive supplier of high-quality Shell fuels and lubricants in Australia through an extensive network of service stations across Australia.

The Company, which listed on the ASX in 2018 following the restructure of Viva Energy Holdings, has three operating segments:

1. Retail, Fuels and Marketing – Retail (58% of earnings): Comprises a national network of over 1,300 retail fuel and convenience sites which are operated through various channels such as Coles Express (722 sites), Liberty Convenience (299 sites), and sites operated by independent dealer owners. The Retail segment also includes sales to wholesalers and independent retail operators.

2. Retail, Fuels and Marketing – Commercial (23%): VEA is a significant supplier of fuel, lubricants and specialty hydrocarbon products to commercial customers in the aviation, marine, transport, resources, construction, agriculture and manufacturing industries. The Company’s strong position across many segments is underpinned by national infrastructure and long-standing customer relationships.

3. Refining (19%): The Company owns and operates the strategically located Geelong Refinery in Victoria, and operates bulk fuels, aviation, bitumen, marine, chemicals and lubricants businesses supported by more than 20 terminals and 55 airports and airfields across the country. Geelong Refinery supplies more than 10% of Australia’s total fuel requirements (more than 50% of Victoria’s fuel demand) and is the only manufacturer of bitumen, Avgas for use in piston engine aircraft, and hydrocarbon solvents.

VEA achieved strong transport fuels (gasoline and diesel) sales growth across Retail and Commercial segments, supported by network additions in the Liberty Convenience channel. In addition, sales growth in the Commercial segment was driven by strong diesel demand from both the agriculture and resource industries, which have largely have not been impacted by the short-term lockdowns.

The growth in the Commercial segment offset weakness in metro fuel sales, with volumes from the Coles alliance (58.4ML/week in 1H21) which was 2% below 2019 levels (59.3ML/week).

The Commercial segment appeared to benefit from the retention of contracts and new contract wins, while growth in retail volumes was largely from the performance of the regionally-oriented Liberty brand.

Retail EBIT is expected to benefit from premium fuel penetration and alliance volume growth. Premium petrol sales in 1H21 increased by ~7% on 1H19 and now account for ~30% of total petrol sales. The Company also appears to be pricing at a premium to the industry, as measured by prices published by the Australian Institute of Petroleum.

In regards to Coles Alliance volumes, these are 58.4ML/week at present. While the ongoing state lockdowns could result in short-term volatility in retail fuel volumes, the broader picture is that VEA has a strategy to lift Coles alliance volumes to 70-75ML over the next 3-5 years. At present, the market expects alliance volumes to lift to 70ML/week in 2024 and as such, quicker-than-expected volume growth could be a catalyst for the share price.

The recovery in the refining margin has returned VEA’s refining business back into profitability, with the Geelong refinery now expected to be consistently cashflow positive.

The refining margin is expected to improve from 2H21 and beyond due to: i) Higher seasonal demand post monsoons; ii) Lower exports from China; iii) Lower regional product inventories and iv) Refinery closures in other regions.

Potential for Return of Capital and Ongoing Dividend Payments

The balance sheet is in a comfortable net debt position, which should allow the Company to return to shareholders the remaining $100m of the proceeds of the Viva Energy REIT divestment in 2021, instead of having to use the proceeds to reduce debt on the balance sheet. Also, VEA should reinstate a dividend in addition to the return up to $100m capital.

The return to profitability of the refining operations (whose earnings are more volatile) supports an expectation that VEA will begin to pay a dividend on an ongoing basis, although dividends are likely to be unfranked given that the franking account has been depleted significantly.

VEA is currently trading on a 1-year forward P/E multiple of ~20.5x compared to ALD’s 18x, with VEA’s EPS growth over FY21-23 on a CAGR basis at 42% compared to ALD’s 19% based on consensus estimates. It is also worth noting that VEA’s EBIT multiple is trading at a premium to its global peers.

With this in mind, we take a cautious view on VEA at present given the potential impact on fuel volumes over the short term in light of state lockdowns and inherent challenges in supporting Retail EBIT by lifting Coles alliance volumes to its target.

In particular, fuel pricing for Coles Express has consistently been at the upper end of the market and while this has supported Retail fuel margins to date, there is the likelihood that VEA will have to discount fuel prices in order to lift volumes towards the alliance target. In turn, this will likely impact Retail fuel margin over the medium term – unless the Company can offset this impact through higher retail fuel margins from the Liberty Convenience channel. Further, while higher refiner margins may be an offset, the Refining segment remains a comparatively smaller contributor to earnings and as such may not be sufficient to fully offset any impact on Retail EBIT.

VEA appears to be trading in a clear range here, and a few weeks ago it rejected off the upper end of the range and is now heading back again. There is therefore a high chance that we see lower levels from here in VEA. There is some support near $1.90, otherwise if that cannot hold then we could be looking at a move back towards $1.80.