Time to buy shares in NWH 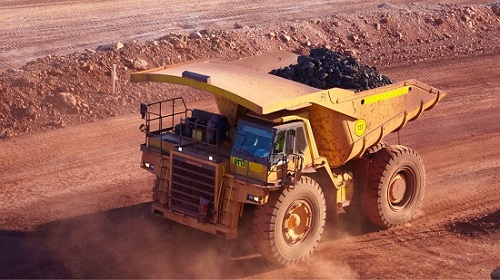 NRW Holdings (ASX:NWH) shares have recently outperformed following the release its results for the six months to 31 December 2021 (1H22). As one of many small-cap ASX-listed contractors, NWH tends to fly under the radar. Since our initial report in September 2021, the shares have only recently taken off, as the market has started to factor in a potentially stronger earnings profile. Accordingly, we recently reviewed the Company’s fundamentals after the release of the 1H22 results, to assess the earnings outlook and potential for a further re-rating in the shares.

NRW Holdings is a leading provider of diversified contract services to the resources and infrastructure sectors in Australia. With extensive operations in all Australian States except Tasmania, the Perth-based Company offers contract mining services, drill and blast, engineering and civil construction services. Strategic acquisitions as well as organic growth over several years has seen NWH diversify its service offering to one that is now an end-to-end capability.

The Mining division continues to be the largest earnings contributor accounting for nearly 60%. Excluding the impact from the closure of the Boggabri contract early in 1H22, the Mining division grew revenue by 10%. The EBITDA margin contracted, however the EBIT margin expanded due to lower capital intensity work. This could reverse from mid 2H22 as the Karara contract ramps up (i.e. higher EBITDA margins, but lower EBIT margins as depreciation is higher).

A significant contract win for the Mining division was the execution of the Karara mining services contract, which is on schedule to commence in March 2022. Despite a softer EBIT margin, the outlook is positive as the Karara contract will begin in 2H22 and should boost margins.

In 1H22, NWH experienced labour shortages and cost pressures as COVID-19 border closures impacted the business, particularly in the Pilbara region. The labour tightness in the Pilbara remains a challenge for the sector more generally through a combination of higher rates and greater churn. However, NWH noted that its workforce requirements have decreased significantly over the last 12-15 months (from 3,600 people to ~1,300 people currently), which has alleviated some of the pressure on its business in the near term. NWH’s margin appears to have held up well considering the labour challenges, as evidence by the expansion in the margin for the Civil division (which accounts for ~19% of group revenue).

The order book at the end of 1H22 was $4.0b, but NWH has stated that there is upside to at least $5.0b should the Letter of Intent for the Curragh Extension be converted.

The Company secured several contract renewals, and the tender pipeline has increased from $14.5b at the end of FY21 to $19.5b currently. It is worth noting that that half of the pipeline in within the Mining division (which is the division that generates the highest margins). NWH generally has a success rate of ~50% of submitted tenders being converted into awarded contracts.

In terms of commodity exposure, iron ore remains one of the largest exposures at ~30% of revenue in FY22. The iron ore price is forecast to decline in 2022 due to a combination of weakening Chinese steel demand (particularly property weakness), Chinese government curbs on steel production and incremental iron ore supply in 2022.

The decline in the ore price has historically led to significant reductions in CAPEX, which in turn has led to an increase in required replacement CAPEX to maintain production levels. This is significant, because while the iron ore price is forecast to decline, contractors such as NWH are more exposed to production expansion than spot prices.

To this end, the outlook for sustaining and replacement CAPEX over the medium- to longer-term remains healthy, underpinned by planned CAPEX for BHP and Rio Tinto. In particular, Rio Tinto continue to guide to elevated Pilbara replacement CAPEX of +US$2b in 2023 and now include 2024 at US$2b.

While there are a number of replacement projects, nearly all RIO’s future projects are expansions within existing systems limiting the amount of infrastructure (rail and processing) and therefore limiting total CAPEX budgets. However, NWH and Primero appear well placed with bulk earthworks and smaller scale infrastructure required.

Improved cashflow performance in 1H22 (cash conversion was 113% compared with 46% in 2H21), coupled with asset sales, resulted in a significant reduction in the gearing level (on a net debt to equity basis) from 31% as at 30 June 2021 to ~7% as at 31 December 2021. Net debt is expected to rise slightly in 2H22 as a result of increased CAPEX requirements however is expected to fall again through FY23-FY24. It is likely that the balance sheet will be in a net cash position in FY24.

We continue to see scope for a further re-rating in the shares. Notwithstanding the strong gains in the share price since the release of 1H22 results, NWH is still trading on a 1-year forward P/E multiple of ~10x. In or view, this multiple does not appear demanding in the context of EPS growth of ~25% over FY21-24 on a CAGR basis (which reflects FY21 being a trough earnings year).

There are a several positive catalysts for the shares over the short- to medium-term:

i. The potential for new contract wins/extensions (given the large pipeline of tender opportunities over the next 12-24 months), with a strong conversion rate (at ~50%),
ii. The outlook for sustaining and replacement CAPEX over the medium- to longer-term remains healthy,
iii. Despite labour cost/availability headwinds, the Company continues to manage its cost base very well, which in turn underpins the potential for further margin expansion.
iv. Corporate appeal, given the Company’s market position, vertically integrated offering and open share register.

We looked at the NWH chart 3 weeks ago in The Dynamic Investor and made the following comment: “NWH is one to keep an eye on, because after falling dramatically in the first half of 2021, it has since started to form a nice base during the past 6 months … an upside break would be the beginning of a new uptrend. For now it is one to keep on the watchlist in anticipation of a possible upside break.” After last week’s result, we got that required breakout on very high volume. We now have the start of a new uptrend in NWH. Current levels are a buying opportunity but any potential short-term dip would need to stay above $1.80. The next possible target from here would be the gap near $2.40.