This post formed the basis of an article which then appeared in The Sydney Morning Herald / The Age on 7 August 2019. Michael Gable is a regular expert contributor to the SMH/The Age and appears every Sunday in “The Shares Race”. You can access the online version HERE.

The Australian share market heads into reporting season where many ASX-listed companies announce their full year results. It can be a minefield for investors because of the chance that one of their companies presents a bad result. I might be sticking my neck out here, but I have identified 3 stocks which I believe can hold up well during reporting season. Not only that, but my view is that they can go on to trade even higher when the dust settles at the end of August. 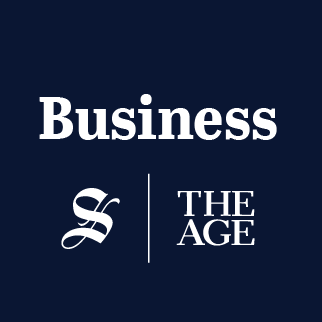 FlexiGroup provides consumer finance such as interest free loans through major retailers including Harvey Norman. The company had been mismanaged during the last several years and that saw the share price lose about three quarters of its value from 2013 to early this year. FlexiGroup now has a new CEO and has consolidated its products into the one offering – humm. They are now ready to take on the other Buy Now Pay Later providers such as Afterpay and Zip. I was alerted to FlexiGroup as a potential turnaround story earlier this year by the bullish way its shares were trading on the stock exchange. In my opinion, the share price appears to have established a low and is ready to trade higher. In late July, the Company updated the market with the news that more established retailers had signed up to its service. The share price has jumped as a result. At this announcement, FlexiGroup had the opportunity to inform the market of any nasty surprises. The fact that they didn’t gives us a very good chance that their half yearly results on 27 August should display a clean bill of health. This would allow the share price to continue to rise.

Sydney Airport has been a favourite among investors looking for yield. However, for nearly the last 3 years, the share price was stuck in a sideways pattern. All of this changed several weeks ago when it exploded out of this trading range and pushed beyond $8 for the first time. This is significant from a charting perspective. The general rule of thumb is that the longer a share price consolidates in a range, the more powerful the breakout. Because Sydney Airport had been stuck in a range for nearly 3 years, this means that the current rally should have much further to go. With interest rates heading lower, the appeal of a reliable dividend payer such as Sydney Airport can only increase. The Company released traffic performance numbers on 19 July. The market’s reaction to this was that it was good enough and the shares have been moving higher again. Sydney Airport is due to report on 15 August. However, with a market update having only been recently released, I think we will continue to see buying support for Sydney Airport.

Centuria Industrial is property investment group that concentrates on industrial property. Their largest tenant is Woolworths. I like it because its focus is on industrial property, not retail, and most of its assets are on the east coast of Australia. It also pays a nice dividend to my clients – last year it yielded over 6%. Falling interest rates provides a tailwind for REITs such as this. The Company at the end of June announced a capital raising to fund an attractive new acquisition. This had kept a lid on the share price in the short term. However, with the capital raising now over, I am expecting Centuria Industrial to regain its long-term uptrend. This means we should get a benefit of capital growth alongside a healthy dividend. With a market update having come out so close to the announcement of their full year results (due 6 August), I’m expecting Centuria Industrial to hold up well during reporting season.