There is no rush to buy lithium stock Pilbara Minerals 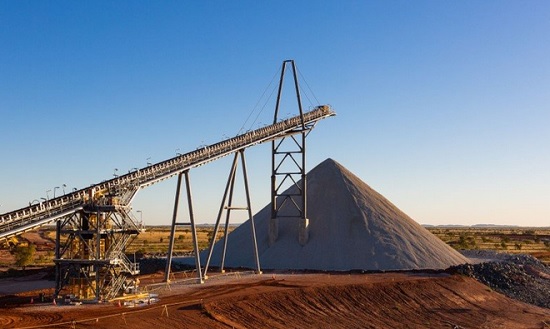 Having successfully traded Pilbara Minerals (ASX:PLS) shares previously, we recently researched the Company following the release of results for the 12 months to 30 June 2022 (FY22). Since our report in The Dynamic Investor on 30 August, the shares have continued to outperform. In this note, we discuss some of the key short-to-medium catalysts that make PLS an attractive stock – but at current levels, is there scope for further upside or is it time for a breather?

Pilbara Minerals operates the Pilgangoora spodumene* project (100% owned by PLS) in the Pilbara region of Western Australia. The Pilgangoora ore body is one of the largest hard rock lithium deposits in the world. It is considered strategically important within the global lithium supply chain. The Pilgangoora Project’s spodumene concentrates meet the metallurgical specifications of the entire range of lithium products. The project is one of the few hard rock lithium production operations globally that has both the resource size and existing operating platform to enable a rapid scale-up of production to meet long-term requirements. The first production from the Pilgangoora project occurred in September 2018.

* Spodumene is a lithium aluminium silicate mineral usually found in pegmatite veins. In its natural opaque form, Spodumene is worked as a lithium ore and processed into different grades for use in ceramics, glass, batteries, steel, fluxing agents and medicine.

Production from the P680 project will support the chemical conversion facility currently under development in South Korea under a joint venture with POSCO.

The next phased expansion – the P1000 project – is subject to a separate FID (targeted for late December 2022) and is expected to lift production to 1Mtpa.

Production for FY23 is expected to be 540-580Ktpa. This is higher than expected, given the faster ramp-up of Ngungaju. The plant reached its daily nameplate throughput run-rate capacity in June 2022. The Company expects to achieve 180-200,000ktpa concentrate production rate in the 1Q23.

Up until mid-2021, the Company had typically sold its spodumene concentrate under offtake contracts. In order to capitalise on the surging spot prices, PLS recently established the Battery Metals Exchange (BMX). The BMX is a digital trading platform for battery raw materials and enables auctions to be undertaken. The aim behind the digital sales platform is to create a transparent marketing mechanism where converters (i.e. purchasers of spodumene concentrate) can access material without offtake or price negotiations.

The digital platform will also allow PLS to begin pricing intermediate products and potentially a forward pricing mechanism. This would greatly reduce risks around its future ramp-up profile.

The first online auction of spodumene concentrate was undertaken in late July 2021. Each subsequent auction has resulted in higher realised prices and since commencement, the BMX has shown to be an excellent indicator of real time price trends. In early August 2022, PLS completed its 8th auction on the BMX platform. The result from the auction was strong, with the realised price of US$6,350/dmt being 3% higher than the previous BMX auction price of US$6,188/dmt and matched the price record achieved during the pre-auction sale on 23 June 2022.

As at 30 June 2022, PLS held a net cash balance of $265m and excludes the $282m letters of credit. With the Company now comfortably profitable and with a strengthening balance sheet, capital management options beyond the capital expenditure on P1000 appear focused on dividends. However, other options remain (such as additional acquisitions) cannot be ruled out.

As expected, the Company did not declare a final dividend, as PLS indicated that loan covenants at Pilgangoora were likely to roll off December and dividends were more likely to come once the franking credit balance is built in (most likely in 2H23). Having said that, the strong cash position means that the potential to commence dividend payments remains a possibility in FY23.

Coupled with strong underlying fundamentals, we see several positive catalysts for PLS over the short-to-medium term. These include:

i. Further spot sales of spodumene concentrate at higher prices on the Company’s BMX platform present a key near-term catalyst for PLS. They are underpinned by the continuing strong outlook for the lithium market, where the increasing demand/supply gap is pushing up spodumene prices.
ii. Spodumene production is forecast to rise more than 50% in FY23. Combined with higher prices, this should see PLS report a near-threefold increase in earnings and cash flow generation, which are both expected to overshadow any increase in unit costs beyond the guided range.
iii. The potential for higher Ngungaju production unlocked by improved recovery.
iv. PLS remains an attractive takeover target, given the strategic location of its asset base, a price leadership position via the BMX platform and a more open share register.

Our previous charting comment on PLS in The Dynamic Investor was on 26 July when it was trading at $2.54 where we noted that it was a buying opportunity. Since mid-August, however, the daily ranges have expanded which is a warning sign that the recent run is ending. We also have the shares rejecting near the April peak, and there is also some bearish divergence with the daily RSI. All of this means that PLS is likely to come back in the short-term and traders can wait for cheaper levels. The next support level down is $3. If that cannot hold, then we would be targeting levels near $2.60.