Tassal Group – The Risks and Opportunities 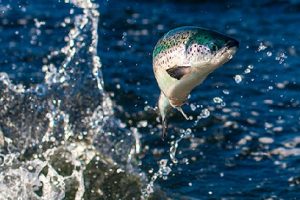 Tassal Group (ASX:TGR) released their annual results at the end of September. Here we provide an updated view of the Company’s fundamentals and give a charting view on where the share price might head to from here.

The Company’s principal activity is the farming, processing and marketing of Atlantic salmon. The Company supplies domestic supermarkets, fish markets and independent distributors. It also supplies export markets and has a presence in the broader seafood market. This is a result of the acquisition of De Costi Seafoods in July 2015. Salmon farming accounts for approximately 85% of group earnings.

While TGR reported strong volume growth, the FY18 EBITDA margin of 19.6% declined marginally from FY17 (19.8%). This was due to increased cost pressures. With the EBITDA margin remaining largely flat over the last three years, there is an expectation for EBITDA margin in FY19 to expand. This would be driven by a number of factors, namely increased harvest production and sales; higher prices; favourable industry demand/supply dynamics and further seafood supply chain efficiencies. Importantly all these factors are expected to offset a higher cost of growing fish. 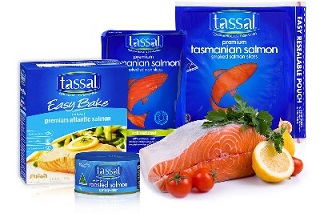 Further, the outlook for domestic wholesale pricing is favourable compared to FY18. This is supported by volume declines from TGR’s major competitor and tight market supply conditions.

At the FY18 results announcement, the Company announced the acquisition of Fortune Group’s prawn aquaculture business. We consider that the rationale for the Company’s expansion into prawn farming is sound. This is because the acquisition of prawn farms provides the Company with access to a larger addressable market. That is, salmon and prawns comprise 70% of Australian retail food sales.

One of the three farms acquired is currently producing around half its capacity. TGR are planning to grow the current 450tpa of production from the three farms, to over 3,000t pa in the next 3-5 years. The uplift in earnings (and margin) will only become meaningful at the later end of this timeframe. Prawns generate high margin (>20%) which is possibly higher than that for salmon. There is also scope to improve margins further through TGR’s farming expertise and retail innovation practices. While margins for prawns are higher, around 90% of prawns consumed in Australia are imported. This means market prices will be more dependent on foreign growing conditions and may be more volatile than salmon.

Whilst the shares are currently trading on an undemanding 1-year forward P/E multiple of ~12x, we take a cautious view on Tassal Group at present.

Tassal Group has been trading in a range for nearly 3 years now. The upper and lower limits clearly are seen on the chart below. It was trading at the upper limit during the end of September when they released their results. Unfortunately those results were not enough to see it make an upside break. Despite that being a slight negative, the chart still looks in decent shape. We have noticed that the recent pullback has formed a 3 wave “abc” correction, bouncing off intermediate support near $4. We also note that volume on the way up was increasing, and volume on the recent move back down has been decreasing (indicated with the diagonal blue lines at the bottom of the chart).

There is therefore a chance that the share price may head higher again shortly and attempt another retest of resistance near $4.60. A break of that level would bring in a lot of buying. That could represent a trade for those willing to bear the fundamental risks of increasing costs and a threat of a capital raising.