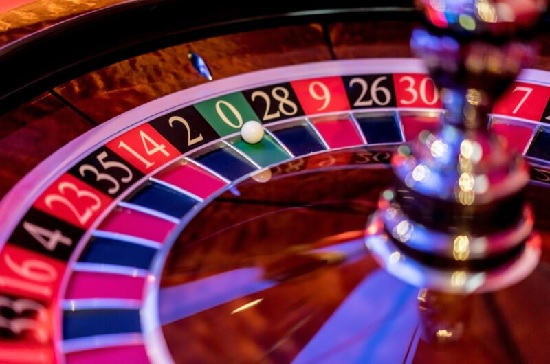 We recently revisited The Star Entertainment Group (ASX:SGR) after the Company provided a trading update for the first half of financial year to date (i.e. 1H21 to date) in mid October. We examine the factors supporting a further recovery in casino operations as well as other medium-term drivers for the shares.

About The Star Entertainment Group

The Star Entertainment Group (SGR) owns and operates three casinos in Australia – The Star Sydney, The Star Gold Coast, and the Treasury Casino in Brisbane. It also manages the Gold Coast Convention and Exhibition Centre on behalf of the Queensland Government. Casino operations are classified as: i) Mass Gaming & Electronic Gaming Machines (EGM’s), which account for ~60% of revenue generated by The Star Sydney and the Queensland assets and ii) A VIP offering to international high rollers.

The Company is also involved in a number of joint venture projects. These include the Sheraton Grand Mirage on the Gold Coast and the $3.6b Queen’s Wharf Brisbane development, which is a joint venture led by The Star Entertainment Group alongside its Hong Kong-based partners, Chow Tai Fook Enterprises and Far East Consortium. Queens Wharf is expected to open in late 2022.

Domestic revenue is now 70% of pre-COVID levels for the first 15 weeks of 1H21. The Star Sydney asset continues to be impacted by stricter constraints on operations; whereby there are patron caps per area and no co-mingling between areas.

The Queensland casinos reported domestic gaming revenues around pre-COVID levels. Despite social distancing restrictions, EGM revenues for the Queensland casinos increased by 28% in the September 2020 quarter, and were at record levels. EGMs are materially outperforming tables, albeit performing slightly below local venues which were at 117% of pre-COVID levels in the September 2020 quarter.

Easing social distancing is the biggest near-term catalyst and could materially impact capacity at SGR’s casinos. Recent trading confirms that there are high levels of demand that cannot be matched by supply given social distancing restrictions. The next move will be to relax restrictions at The Star Sydney, bringing operating conditions closer to that of the Queensland casinos.

Despite lower revenues reported in the recent trading update, domestic EBITDA margins for the first 15 weeks of 1H21 were above the prior corresponding period, driving strong cashflow generation and debt reduction.

Well Leveraged to A Recovery in VIP Turnover

SGR’s VIP turnover accounts for nearly half that of the overall market. As such, its revenue and earnings from this business is more sensitive to an uplift in VIP turnover than its ASX-listed counterparts Crown Resorts (ASX:CWN) and SkyCity Entertainment Group (ASX:SKC). VIP is also a significant contributor to overall revenue, accounting for ~25% of the total revenue base in FY20.

As expected, VIP numbers were negligible during the 1H21 to date given border restrictions. So, the VIP operations would be well leveraged to an eventual re-opening of international borders, especially to high-rollers in Asian countries.

SGR’s gearing is currently at an elevated 3.2x on a net debt to normalised EBITDA basis. However, the Company has a number of plans to reduce gearing levels, including reducing CAPEX, potential asset sales of non-gaming assets in FY21, and a commitment to not paying cash dividends until leverage normalises below 2.5x.

Overall, we consider SGR to be an attractive exposure to the domestic ‘re-opening’ theme. The market is factoring in flat-to-declining growth relative to FY20 EBITDA of $429.6m and are supported by a ramp-up in domestic revenue (especially from Sydney) as social distancing restrictions are progressively eased, ~$50m of JobKeeper benefits and ~$18m of cost benefits. Over the short term, there is upside to EBITDA in FY21 on the basis that the recovery in volumes is stronger than expected.

Over the medium-term, earnings will be further boosted by the resumption in VIP turnover given SGR’s significant exposure in this market and the potential for SGR to gain further share in light of the current NSW Independent Liquor and Gaming Authority (NSW ILGA) inquiry into the suitability of competitor Crown Resorts to hold the high-roller casino licence at Barangaroo in Sydney, which is due on 1 February 2021.

Since the March lows, SGR has been trading higher in an orderly fashion. After each small rally, it then eases back slightly to consolidate the move. This makes the current uptrend to be very sustainable. With the shares having consolidated again in the last few days, and sitting on support, current levels look like a buying opportunity. At this rate we expect the share price to go on and retest the levels from earlier this year.