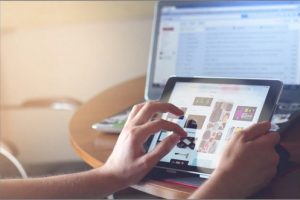 Appen (ASX:APX) is an Australian technology company that has seen an explosion in its share price. Do the fundamentals and technicals point to even more upside?

We reviewed Appen in our client research on 20 November 2018. This was after the Company upgraded its full year FY18 EBITDA guidance range for the second time in three months. EBITDA guidance was lifted to $62-65m (from $54-59m, and previously, the upper-end of guidance of $50-55m). The Company has a 31 December balance date. Since our report in November, APX shares have risen 11.96% compared to 2.49% for the index. Is there further to go? (If you want to get in early with our ideas, such as APX from November, then go here to sign up to an 8-week free trial of our client research)

Appen is a global leader in the development of high-quality, human annotated datasets for machine learning and artificial intelligence. The Company has extensive experience in collecting and enriching a wide variety of data types. These include speech, text, image, and video. Following the recent acquisition of Leapforce in December 2017, APX now maintains an on-demand global crowd workforce of over one million people. This crowd allows APX to execute project for clients in over 180 different languages.

The Company’s customers include eight out of the 10 top global technology companies. While the names are not disclosed, the type of technology companies that would demand APX’s services include search engine providers, e-commerce facilitators & social media companies and speech recognition system developers. 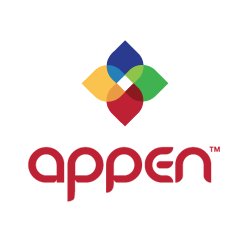 APX has two operating divisions. The first is Content Relevance, which provides smart data to increase online discovery and search relevance of global search engines and e-commerce and social media platforms. The second is Language Resources. This provides training data for speech-recognition technologies in devices such as mobile phones, computer games and TV consoles.

The recent upgrades to earnings reflect the fact that the Company’s customers (both new and existing) continue to use APX’s expertise in order to develop new offerings or further enhance existing capabilities. Indeed, APX’s high-quality data sets and large-scale analytical capabilities remain in high demand.

Further, the Company is well positioned to continue winning work over the short-to-medium term. Its market leading position has been enhanced following the acquisition of Leapforce. That is, adding further scale to APX’s offering; increasing the volume of work and diversifying the revenue base. There is also scope for APX to secure additional volumes from the growth of independent projects within the existing client base. Some of which may become major projects

The EBITDA margin for the Language Resources division was down in 1H18 due to fewer complex government projects (which are higher margin). There is potential for a recovery in EBITDA margin. This is given that the Company has earlier pointed to growing technology sector demand into 2H18. However, there is scope for margin expansion over the medium term, given that the division is expanding into higher-margin categories such as image and video annotation which will accelerate growth.

The acquisition of Leapforce has created a third revenue stream, as it will act as a separate business unit going forward. However, Leapforce is essentially a Content Relevance business and is a key factor being the expanding EBITDA margin profile for the Content Relevance division. There is the potential for greater-than-expected scale benefits and EBITDA margin benefits from Leapforce acquisition, as synergies being to materialise in 1Q19. To this end, it is worth noting that the Company have yet to quantify the cost reductions expected from consolidating the APX and Leapforce platforms over the medium-term.

We remain attracted to APX’s fundamentals as mentioned above. Recent share price moves now suggest that the market is starting to price in the above factors. However, the valuation is not yet at an extreme level.

APX is starting to push through some key resistance levels now. The next test is the old high near $16. We now need to see if it can consolidate around current levels without suffering any hard selling. If so, then that would leave it with a clear run to take out the 2018 high and push well above $16. That might then cause us question its valuation in the absence of any new announcements.