So let our ‘Santa Rally’ begin 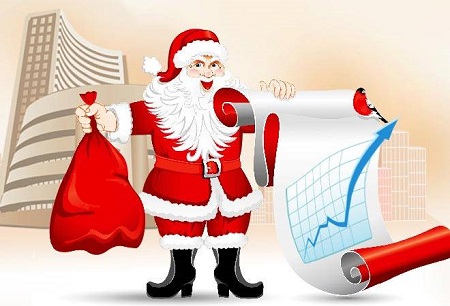 This post formed the basis of an article that appeared in The Sydney Morning Herald on 27 November 2019.

Michael Gable is a regular expert contributor to The SMH/The Age newspapers and appears in the Shares Race each Sunday.

You can access the online version of the article HERE.

Why Cochlear shares are ready to bounce higher

Saudi attacks not the only driving force for Santos

Picking through the noise is the key to receiving market signals 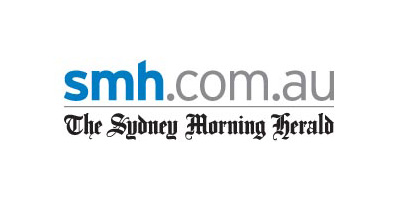 Towards the end of every year, I get asked whether our share market will rally into Christmas. Investors and analysts start to look for clues whether the starting gun has been fired and the “Santa Rally” has commenced, showering share portfolios with gifts of increasing profits. For the US market, it appears to be going to plan. The S&P 500 broke out to new highs at the end of October, and the rally looks to have further to run based on current price action. Statistically, if we look at the returns of the S&P 500 across November and December for the last 35 years, December is the best performing month on average. November is the third best month of the year.

In Australia, the S&P/ASX 200 is still in the starting blocks doing up its laces. However, I think there are good reasons to expect it to get going very soon. The first reason is that we generally follow the US. Yes, there are times when our market does something different to the US market, but generally if the US share market is going to trend higher, then our market will do the same. But why is the US market heading higher? Isn’t the world heading into a recession next year? Unfortunately for the loud doom and gloom merchants, global economies are not heading into a recession. During the last few months, the financial headlines have been filled with talk of inverted yield curves and trade wars. It all sounds very scary but scratch beneath the surface and you will notice that things are not that bad. Cyclical indicators such as Purchasing Manager Indices (PMI’s) are bottoming. Company earnings are positive and forward-looking statements have been supportive. US exports to China have actually bottomed and are heading higher. When we look at global cyclical sectors, they are already starting to outperform. This is why the US market, despite everything negative being thrown at it except the kitchen sink, is now hitting new highs. In some ways, it is like 2016 again when share markets started to kick higher after growth hit a trough. When it comes to stock market performance, we see the strongest returns after economic troughs. Our view is the polar opposite of what most share market analysts are predicting, but the data and the price action of the market is telling us to take the contrary view.

I have written before about how technical analysis gives us insights into how stocks and markets are trading and whether they are likely to head higher or lower. When I look at the Australian market, although it is lagging the US, I can see that it is ready to move higher and could provide us with some great returns in 2020. The chart of the Australian market is showing me some classic signs of consolidating. This means that it is taking a breather before resuming the uptrend. In July this year, we reached an all-time high before selling off. There is nothing unusual in seeing a bit of selling at an all time high. The important thing to then note is the severity of the selling. If our market had no business being up at those levels, then you would see a deep pullback. Instead, during the last few months, despite all the recession talk, despite talk about trade wars, our share market is still within striking distance of that July peak. Those that are nervous about the market and fear a recession are being equally met with buyers who are getting ready for the next move higher. This is why our market is going sideways instead of going down. As it becomes clearer that we are not heading into a recession the market will be able to hit new highs. This is because most of the sellers have done their selling. Remember all of that yield curve inversion talk from a few months ago? The yield curve is not inverted anymore, it turned back up at the beginning of November. Unfortunately that milestone didn’t make the headlines. As the rally gathers pace, those on the sidelines will slowly have to start getting back into the market. The US market is already doing this. We may be a few weeks behind, but the ingredients are there for us to soon join the Christmas party. It appears as though Australia might be near the bottom of the list for Santa, but it looks like he is on his way to give us another Santa rally.