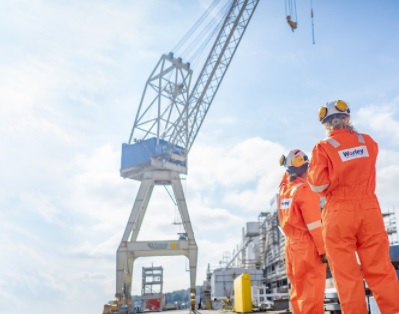 We recently reviewed Worley (ASX:WOR) after the Company reported its results for the 12 months to 30 June 2020 (FY20). The recovery in the share price at the time of our review prompted us to consider whether the recovery may be sustainable. With a declining order book and volatile market conditions prevailing in the near-to-medium term, to what extent can cost savings offset the uncertain revenue outlook over the short term?

In October 2018, WOR entered into a binding agreement to acquire Jacobs Engineering Group Inc.’s Energy, Chemicals and Resources division (‘Jacobs ECR’). The acquisition, which was completed in April 2019, has diversified the revenue base and has provided WOR with a more resilient business. In particular, 40% of group revenue is derived from contracts for operating & maintenance work; 45% of derived from the Chemicals sector, with approximately 20% is derived from the upstream and midstream energy sectors.

How Quickly Can Revenue Recover from Deferred Work?

Based on the staff headcount and utilisation data provided by the Company in the FY20 results presentation, it is estimated that ~7% of revenue was deferred in FY20. While most of the ~7% deferred revenue is likely to be earned in FY21, the revenue outlook across each of the sectors is mixed. In particular: i) Revenue for the Resources segment halved in 2H20 without explanation, ii) Revenue for the Chemicals segment was surprisingly resilient during 2H20, so revenue growth in FY21 is likely to be modest and iii) The recovery in revenue for the Energy segment is likely to be more protracted due to concerns of overcapacity in the sector.

Notwithstanding that the substantial reduction in headcount over 4Q20 was partly due to the completion of long-standing major project contracts, the headcount reduction indicates that the Company expects lower levels of activity in FY21, in particular deferred plant turnaround activities in North America. These factors are reflected in market forecasts of a revenue decline in FY21 ranging from broadly flat revenue growth to a decline of up to 14%.

For FY22, market forecasts factor in revenue growth of +3-6%. However, the downside risk to this is that WOR has a later cycle exposure to declining oil & gas/chemicals CAPEX.

At the time of the announcement of the Jacobs ECR acquisition, the Company outlined a cost synergy target of $130m. This was to be achieved within the first two years following the completion of the acquisition. Substantial additional benefits from optimisation initiatives and revenue and margin synergies was also to be achieved.

In addition to the above-mentioned cost synergy targets, the Company expects $275m of group annual cost savings through cost out initiatives to be realised by December 2021. It also expects ~60% of this target to already be actioned across discretionary spend, property rationalisation, management re-structuring and increased use of shared services.

WOR has strengthened its liquidity position through strong operating cashflow and by renewing an existing $480m working capital facility for an additional 12 months. It also secured an additional $465m in 12-month facilities. The average debt maturity is reasonable, at 2.4 years. However, this has come down from 2.8 years as at 1H20 and 3.3 years as at FY19.

Reported leverage decreased to 1.8x from 2.0x in 1H20 and remains within the target range of 1.5x – 2.0x. Leverage is expected to remain at similar levels over the next 12 months.

The Company previously indicated that further Merger & Acquisitions were on hold, as management focus was mainly on integrating the Jacobs ECR acquisition. Accordingly, with the two-year integration program for Jacobs ECR approaching its final stages, further acquisitions over the next 12-18 months are a possibility. This is especially as gearing remains at a manageable level and would provide scope for any debt-funded acquisitions.

We are cautious on Worley’s fundamentals at this stage. With a highly uncertain revenue outlook, earnings growth is heavily reliant on the Company achieving the cost synergy targets from the Jacobs ECR acquisition.

However, the shares have the potential to re-rate as the market ascribes more value to a less-cyclical WOR, in particular the diversification benefits provided by the Jacobs ECR acquisition. WOR’s share price remains correlated to the oil price despite the increased end-market diversity post the Jacobs ECR acquisition. In particular, upstream oil & gas now represents 20% of revenue (previously 65%) and recurring operating-expenditure-related sales now 45% of revenue (was <10%). At a macro level however, there is scope for the oil price to improve as economies drag themselves out of a recession.

The Worley share price has been recovering well in these last few months. We saw it find resistance at the June peak a few weeks ago. Now that it is back near $9 support, it is seeing some buying come in and this could be a decent entry price. However, if it breaks above the June peak, then the shares are likely to then go for a further run and that could be a second buying opportunity.