Pinnacle Investment Management is not worth buying yet 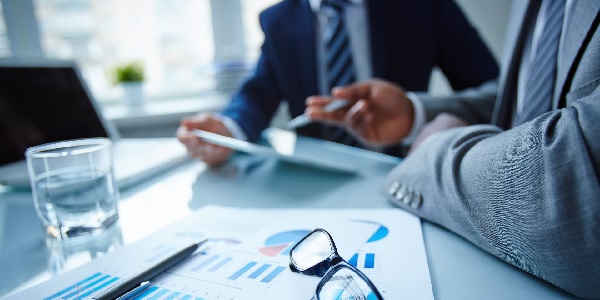 Weaker fund inflows and lower performance fees have led to earnings downgrades for many fund managers. Pinnacle Investment Management Group (ASX:PNI) is a manager of different fund managers. Because exposure is diversified across different managers and investment styles, and share price is well down from the peak, is it worth considering PNI as an investment?

PNI holds minority equity interests (typically 23-49%) in 14 boutique investment management firms (‘Affiliated Firms’), with the business model being to enable high-calibre investment teams to establish a boutique firm and gain access to services provided by PNI. These services include distribution, access to capital, infrastructure, and support services. An attractive aspect of the business model is that while there is some outflow risk from the trend to in-house management by large superannuation funds, PNI has diversity across affiliates and mandates.

PNI’s profit is leveraged to the profit generated by each manager, which in turn is a function of growth in FUM; performance fee generation; and improving margins (which typically occurs as the manager achieves scale).

The underperformance of key affiliate funds in FY19, notably Antipodes Partners and Firetrail Investments (which are significant contributors to both FUM and retail inflows) was a key factor in the Company reporting a decline in retail inflows in the second half of FY19.

One reason for the decline in retail inflows in 2H19 (compared to 1H19) relates to current market conditions for value-biased global funds for affiliate Antipodes Partners. Based on recently-published performance figures:

The improved performance for Hyperion funds is pleasing from the viewpoint that two of the funds (i.e. the Australian Growth Companies Fund and the Australian Equities Composite Fund) which underperformed on a 1-year and 3-year basis as at 30 June 2019 have outperformed as at 31 October 2019.

Our scan of PNI’s affiliate funds indicates that the affiliates are likely to have generated >$1b of net inflow in the four months to 31 October 2019. While this is a pleasing outcome, in light of the recent decline in institutional inflows, there are conflicting factors as to whether institutional inflows will continue over the remainder of FY20 and into FY21.

Firstly, continued underperformance in affiliate Antipodes Partners poses heightened risk of fund outflows (both institutional and retail) heading into FY21. Antipodes is also losing retail FUM in line with the deteriorating performance. On the other hand, with all four Hyperion funds now outperforming, fund inflows are expected across all four products in the coming year.

Implications from The Acquisition of Another Affiliate

In early December 2019, PNI entered into an agreement to acquire (using debt) a 25% equity interest in Coolabah Capital Investments (‘Coolabah’). Coolabah is a leading long-only and long-short active investment-grade credit manager that is responsible for managing numerous institutional mandates. The acquisition has increased PNI’s overall FUM increases to $60b, from the last reported figure of $57.3b as at 31 October 2019.

While the acquisition has a number of attractions, the major setback from the acquisition is that the Company now has debt on the balance sheet, when it was previously debt free. The significance here is that the historically strong balance sheet position has supported: i) The Company’s strategy of acquiring affiliates (PNI targets at least two new affiliate firms per year) ii) Investment in growth activities, iii) Funding assistance for its affiliates (including by seeding new products) and iv) Dividend payments.

Notwithstanding net inflows across affiliates in the four months to 31 October 2019, there is a risk that potential fund outflows in Antipodes (both institutional and retail) heading into FY21 – as well as in a number of other underperforming affiliate funds – overshadow the potential fund inflows across all four Hyperion products in the coming year, as well as the performance fees from Hyperion.

Overall, we continue to take a cautious view on Pinnacle shares from a fundamental view, noting that the current 1-year forward P/E multiple of ~21x is still unappealing relative to the earnings growth profile.

PNI gave us a possible reversal signal at the beginning of August (circled). However, any progress in the share price has been muted. Price action for now looks neutral. If the shares do fall further from here, then they need to hold onto $4. Otherwise a break under that would be a negative. For confirmation that the share price will head higher, you will need to see it close above the November high near $5.30. So at the moment, the shares not only looks expensive but there is scope to see them fall further.