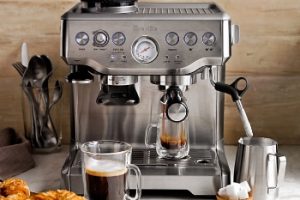 Breville Group (ASX:BRG) has been one of the star performers of 2019. With the Company displaying strong growth potential, what is the best entry point for investors?

Breville Group is a stock we have recommended successfully in the past. We recently researched the Company following the release of its results for the six months to 31 December 2018 (1H19). The results were ahead of market expectations in terms of both revenue and earnings. Notably, segment revenue performance across the group was strong. At the same time, the rate of EBIT growth (relative to recent periods), as well as margins have been maintained.

Another pleasing aspect of the interim result was that market concerns before the results about the performance of the Australian business, in light the potential impacts from a softening housing market in Australia (given the positive correlation between coffee machine sales and the trajectory of the housing market) and declining consumer confidence, were not realised. In particular, the Company reported double-digit growth in Australia in the 1H19 results. They also reported a strong end to 1H19 continuing post balance date into 3Q19.

BRG manages of a number of consumer electrical appliance bands. The core focus is in the small kitchen appliances segment. Under a recently-implemented new organisational model, the operations of BRG now comprises two segments:

i. The ‘Global Product’ segment – focused on the design, development and sale of Breville-branded products supplied in 65 countries to the premium kitchen segment of the market. This segment accounts for 85% of group revenue. It comprises contributions from three regions: North America, Australia and NZ (ANZ) and Rest of World (ROW).

ii. The ‘Distribution’ segment, which distributes products that are designed or developed by a 3rd party pursuant to a license or distribution agreement. The distribution of these products may be sold under a brand owned by BRG (e.g. Breville, Kambrook). Or they may be distributed under a 3rd party brand (e.g. Nespresso).

Is Expansion into Europe the Next Growth Leg? 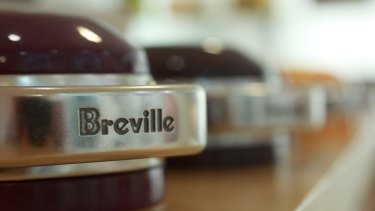 The Company has outlined expansion plans into other areas of Europe. The pace of this reflects the success to date of the launch of the Sage brand into Europe. In addition to the geographical expansion, BRG will deepen its presence in existing categories.

Following the launch of Sage into Germany and Austria in 2H18, the Company will now proceed with its planned expansion into Benelux (i.e. Belgium, Netherlands and Luxembourg) in 2H19 and Switzerland in 1H20. Further, the Sage brand will be launched into Spain in 1H20.

The success of the launch into Europe to date, coupled with the existing infrastructure already being in place to supply the whole of Europe, strengthens the platform for BRG to expand into Spain without significant incremental cost to the business. It also helps the expansion into other Western European countries, such as France and Italy. Launches in these countries are most likely in 2H20 or 1H21.

Product development continues to underpin sales and the Company is increasing R&D/marketing support to become faster to market with new products. Over the medium-term, deeper penetration of existing categories, expansion of its international presence (led by a low-risk expansion strategy in Europe) as well as potential acquisitions underpin a strong long-term outlook.

Whilst we continue to be attracted to BRG’s fundamentals, we consider that the share price at current levels to be fully valued. Investors would be advised to consider re-entry on any share price weakness, noting that the 1-year forward P/E multiple is approaching 30x.

Given that we believe BRG to be a good purchase at cheaper levels, at what point do we step in and buy it? There was a lot of resistance just above $13.50 which BRG managed to break free of after their results. Price action since then has been very bullish with high volumes backing it up (circled). With the stock looking quite oversold on the RSI and easing back, there is a chance here that we do see softer levels over coming weeks. There appears to be a support level near $15.35. If that cannot hold, and if the overall market has a rough few weeks, then we could see BRG dip back into the $14’s. For the moment, short-term weakness seems to be on the cards and BRG is one to keep a watch on.