Orora set to trade higher, but can it last? 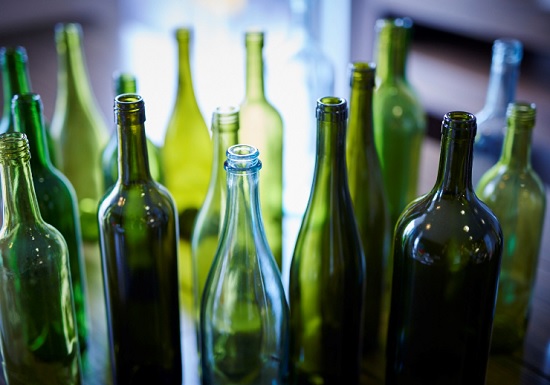 We recently reviewed Orora (ASX:ORA) after the Company outlined the intended use of proceeds from the sale of its Australasian Fibre business and provided a trading update detailing the impact from COVID-19. The asset sale has resulted in capital management initiatives and will strengthen the balance sheet. The shares now appear to be on the move, however, the key question for investors is whether the earnings outlook for the underlying business supports a re-rating in the shares from current levels.

Orora’s core businesses include the design and manufacture of packaging products such as glass bottles, beverage cans in Australasia, as well as three operating segments in North America: Orora Packaging Solutions (OPS), Corrugated board manufacturing and Orora Visual, which is the Point of Purchase (PoP) Display business that the Company first entered in March 2016. Both the Australasian Beverages and North American packaging solutions & visual businesses are positioned in the top five of their respective market segments.

Margin for Australasian Beverages in FY20 is expected to be ~19%, compared to ~3% for the North America division. This reflects ORA’s strong market positions in glass and beverage cans in Aust/NZ and higher capital-intensity manufacturing businesses, in comparison to the North American operations, which are more essentially distribution-based businesses, and where ORA continues to face challenges.

In late April 2020, ORA announced the completion of the sale of its Australasian Fibre business for $1.72b. Net proceeds from the sale (i.e. after tax and costs) are expected to be approximately $1.55b. Following completion of the sale, the Company announced a number of capital management initiatives. These are expected to be completed by the end of FY20. They include a $450m special dividend (franked at 50%), equivalent to 37.3 cents per share, and a $150m capital return, equivalent to 12.4 cents per share.

Assuming all of the remaining proceeds are used to reduce debt, then the balance sheet will be left with minimal debt. In addition, ORA could have around $500-700m in balance sheet capacity to pursue its growth agenda. This is assuming it were to re-leverage the balance sheet to its typical range of between 1.5x and 2.0x. While the Company did not indicate how it will deploy this capacity, it is likely to prioritise global glass/can packaging assets over further consolidation of the North American distribution market. This is given the recent challenges experienced by the Company with regards to the latter.

Can Australasian Beverages Maintain its Defensiveness?

This business manufactures cans and glass packaging. It is overweight in cans and underweight in glass. More recently, higher earnings in cans have offset lower earnings in glass. The strength in beverage can volumes are underpinned by carbonated soft drinks (CSD) demand in Asia-Pacific, growth in both mainstream (switch from glass) and craft beer segments, as well as increased volumes of other non-alcoholic beverages such as still and sparkling water.

While the shift to at-home consumption should be positive for ORA’s glass and cans operations, divisional earnings in FY20 are expected to decline by about 3%. This is in light of lower wine volume and the impact from higher gas costs. However, EBIT growth in FY21 is expected to improve to mid-single-digit, as the full benefit from an investment in expanding manufacturing capacity flows through.

ORA’s North American business has been troubled over the last 12-24 months. With divisional earnings remaining in decline and not expected to recover until at least FY22, the Company is considering whether to continue to invest in its North American business. This is given that the Return on Funds Employed have remained consistently (and significantly) below the targeted return of 15-20%. There is a possibility that ORA chooses not to invest further in North America, raising the prospect of further divestments. To this end, management have commented that growth-based capital expenditure in the North America operations is highly unlikely. As such, the most likely near-term option for growth is investment in can/glass beverage assets in Australasia.

While the capital management initiatives announced no doubt make ORA an attractive tax-effective yield play and protect the shares from near-term volatility, we take a cautious view. With the shares currently trading on a 1-year forward P/E multiple of ~19x, the market appears to be factoring in a recovery in EPS growth in FY21 of ~ 5-6%. However, we consider that there is downside risk to these expectations; the main one being that earnings in the North American operations remain in decline and are not expected to recover until at least FY22.

Up until a few days ago, ORA’s share price had been under-performing the market as it failed to make any progress beyond $2.70. It encountered selling pressure any time it got near resistance at $2.70. In the last few days though, it has broken higher and is now looking to make a further move higher. There will be some resistance further up near $3.10 where we would have to reassess. In the absence of any positive market updates, ORA may struggle to move beyond that level.