What is OPEC and its Impact on the Economy 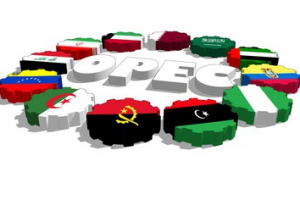 OPEC stands for Organization of Petroleum Exporting Countries. It is a cartel which consist of 12 oil-producing countries. They include Iran, Iraq, Kuwait, Saudi Arabia, Venezuela, Qatar, Indonesia, Libya, The United Arab Emirates, Algeria, Nigeria, Ecuador, Gabon, Angola and Equatorial Guinea. OPEC is a permanent intergovernmental organisation which is headquartered in Vienna Austria.

The organisation controls 78 percent of the world’s oil exports. As these OPEC nations produce such a significant portion of the world’s oil supply, they can manipulate the price per barrel. They do this by controlling the barrels per day that they sell on the market. OPEC decides when they want to increase or decrease production.

Why OPEC was formed?

OPEC was formed in 1960 to prevent the world’s largest oil producers from lowering the price of oil. Once one country reduces their oil price, other countries would do so to compete in the international market. This would lead to a depletion of oil reserves at a more rapid rate. The target price for oil is currently between $70 and $80 per barrel. This price will ensure there is enough oil to last 113 years. If prices drop below those levels then OPEC countries will restrict their supply so prices can push higher.

Below are the top 5 biggest consumers of oil.

The Relationship Between Petrol Prices and Oil Prices

Prices at the service stations are determined by the Singapore benchmark price of petrol.  This price is affected by the price of oil but only crude oil prices for Asia Pacific. Shipping costs and government taxes are added to the Singapore petrol price, and this represents 95% of the wholesale price of petrol. However, although the price of oil had fallen in recent times to 12-year lows, this discount was not fully passed onto the consumers. The refiners who take the raw oil and turn it into petrol are not passing on the cheaper oil cost and are the ones profiting from the lower oil prices. The four refiners in Australia are BP, ExxonMobil, Caltex, and Viva Energy.

How OPEC Affects the Economy

OPEC’s role is to stabilize prices in international oil markets to prevent large movement in prices. It plays a part when petrol prices are set around the world. Oil is also needed in the manufacturing of goods to turn raw ingredients into the finished product. This is through transportation and manufacturing costs. If the costs to produce increases, products become more expensive, and this will be passed onto the consumer. Households also use oil for energy so higher oil prices mean higher bills for consumers. Energy bills comprise of 5 per cent of the average gross weekly household income, which ranges for 3 per cent for high income households and nearly 10 per cent for low income households. As higher oil prices increase the cost of manufacturing (which is passed onto the consumer) and increase the cost of utilities to consumers, this can all cause higher living costs. This in turn leads to higher inflation and reduced economic growth.

Oil Prices and the Stock Market

High oil prices hinder profit margins for companies. As oil is extensively used for manufacturing and transportation, higher oil prices will have a huge affect on companies. If companies cannot pass these higher prices on to consumer to stay competitive in the market price, then their earnings will be lower.

If the cost of utilities is increasing for consumers due to higher oil prices, then they will choose to spend less money on luxury items such as a new couch or a new TV.

The share price of oil companies can flourish in times of high oil prices. The cost of extracting oil is not impacted by the increase of prices so oil companies can lock in supply contracts at the higher prices. This can create higher profit margins for these companies in rising oil price environments. Having said that, as prices rise higher, then lower cost producers can enter the market. This is the balancing act currently playing out between OPEC countries and US shale producers. As the price rises, US shale producers turn on the taps, increasing supply and putting a dampener on the oil price.