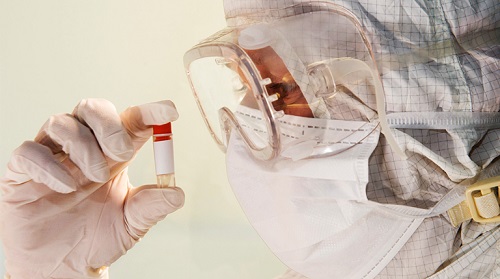 This post formed the basis of an article that appeared in The Sydney Morning Herald on 18 February 2020.

Michael Gable is a regular expert contributor to The SMH/The Age newspapers and appears in the Shares Race each Sunday.

You can access the online version of the article HERE.

Health care was one of the best performing sectors last year, returning over 40 per cent compared to less than 20 per cent for the S&P/ASX 200. I wrote about its appeal last year as a unique sector which displays both growth and defensive characteristics. At the time I was looking at Cochlear (COH) shares finding good support at $200 and being ready to rally higher. So far that it is going nicely to plan. However, we can’t talk about the health care sector without mentioning its biggest constituent, CSL. When looking at the overall share market, CSL now ranks in the top 3 by market capitalisation, vying for top spot with Commonwealth Bank (CBA) and BHP. CSL listed in 1994 and its success since then is staggering. A $10,000 investment at time of listing would today be worth around $4 million, excluding dividends along the way. Even with a share split over time, CSL shares are still trading north of $300 each. Because of this, and its high Price to Earnings (P/E) ratio, many investors feel that it is too expensive to purchase. However, it has the growth to justify its premium. Although it is trading at a record high, the first thing I would do today for any new client is make sure they buy some CSL. Despite its amazing growth, it hasn’t shown any signs of slowing down. The share price grew by nearly 49 per cent in 2019. So although $200 felt like a big number to many people a year ago, in hindsight it was a bargain. We are now less than 2 months into the new year and since the start of this year, CSL shares have grown a further 20 per cent.

Many investors are still underweight CSL in their share portfolios because its dividend yield is very low. A lot of investors feel that they need to own companies that generate income. CSL tends to pay about 1 – 2 per cent a year in unfranked dividends. On the flip side, I have seen many investors hold an overweight position in Telstra (TLS) which has historically paid about 5 per cent each year, fully franked. However, if you had the foresight to purchase CSL 5 years ago instead of Telstra, realising that you are better off investing in companies that can grow, then your dividends payments today in dollar terms would be greater than that received by Telstra. That is, CSL has grown enough where its 1 per cent per year is now a larger dividend than Telstra’s 5 percent of a falling share price. I could mention the huge difference in capital growth between the two but I think my point has been made.

But surely the share price chart looks dangerous and CSL shares need to pull back? In my opinion, the CSL chart is the best-looking chart that you will find on the Australian market. This is because of its lack of volatility. Many investors get seduced by stocks that make all the headlines because of how quickly their share price has moved. A share price that moves up a very steep slope cannot sustain that path forever. Share prices that move around a lot each day or each week can often leave investors underwater on their investment for great periods of time. With CSL, it is the least volatile stock in the top 200. This is why if you have been waiting on a pullback in CSL to buy some shares, you are probably very frustrated at always missing your chance. We have done the numbers and can see that in terms of CSL’s average daily range, it spends the least amount of time under its prior peaks. That makes it the most stable share price in the top 200. This is a very strong characteristic for a stock. Every stock on the market has its own character. Trying to understand this is important when analysing share price charts. Treating CSL like, for example, a gold stock, and waiting for a deep pullback in the share price is a flawed approach. At the moment there are no warning signs yet on the CSL share price chart which tell me to prepare for a pullback greater than the shallow declines which we have been witnessing so far.