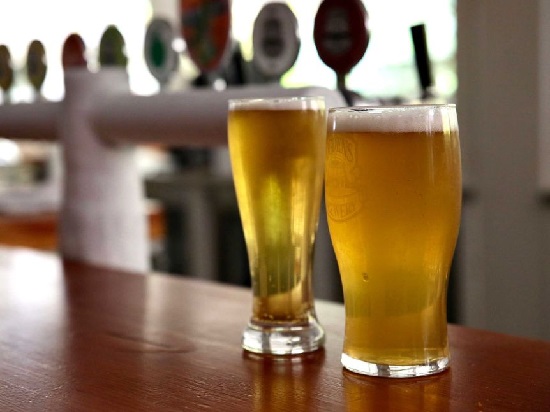 United Malt Group (ASX:UMG) has had a short life as an ASX-listed entity. It was spun out of former parent GrainCorp (ASX: GNC) in early calendar year 2020. It then listed on the ASX in March 2020. We recently assessed the Company’s fundamentals after UMG announced an equity raising in June. This was to alleviate balance sheet pressure and improve liquidity. It also followed a trading update last month, which was generally positive from both a volume and cost performance viewpoint.

UMG is the fourth-largest global malt producer. It has operations in four countries and has a diverse customer mix. The business has capacity to process about 1.25Mt of malt annually, or roughly 5% of global production. This capacity is primarily housed in the US and Canada, serving the North American beer market, with additional facilities in Australia (serving both the domestic brewing industry and exports to Asia) and the UK (selling to Scotch whisky distillers).

At the time of demerger, GrainCorp retained a 10% equity ownership in UMG.

The primary use for malt is for brewing beer, which accounts for >90% of demand. Softening overall beer consumption in the developed world has offset rising intake in emerging markets.

The Company has two operating segments:

i. The Processing segment (which accounts for ~75% of revenue and >80% of earnings) involves the production and sales of malt to over 600 customers including major brewers, craft brewers and distillers and food companies.
ii. The Warehouse/Distribution segment operates businesses in North America (Country Malt), Australia (Cryer Malt), and the U.K. (Brewers Select), which sell malt and other beer-making ingredients to craft and microbrewers in the region.

Strong market position. UMG holds strong positions in each of its markets and its malting assets are strategically located across major barley growing regions providing access to high quality barley. It is also in close proximity to critical transport infrastructure proving better access to customers.

Meaningful exposure to high-growth markets. These include:

• The craft beer category, which has solid category growth of ~4% pa that has been achieved at the expense of the mainstream beer market.
• Distilling, where UMG focusses on the market for single malt Scotch whiskey, which we expect to grow at ~4% pa, supported by expansion activity by major distillers.

Overall, there a positive factors which make UMG one to keep an eye on. However, from a timing perspective, it might not be ready to head higher yet. We note a number of factors limiting material upside in the shares over the short term:

i. The shares are currently trading on a FY21 P/E multiple of ~21x and broadly in line with global peer brewers.

ii. Notwithstanding that the recovery in on-premise volumes has been stronger than expected, margin recovery is not likely until FY22. The Processing segment operates a largely variable cost base and as such, has more operating leverage to an improvement in volumes. In contrast, the Distribution segment has high fixed costs and as such, the recovery in margin for the Distribution segment (i.e. back to FY19 levels) is likely to be more challenging. Another factor limiting margin expansion in the lack of pricing power.

iv. A key investment risk is stock overhang from GrainCorp, who is considered a likely seller of its 8.7% shareholding in UMG at some point. Instructively, GrainCorp did not participate in the recent equity raising, which resulted in its shareholding in UMG being diluted from 10% to 8.7%. In addition, there is no escrow or similar restrictions on the disposal of UMG shares by GrainCorp.

UMG hasn’t been listed for long, so there is not much of a chart to look at. However, it does appear to be spent most of April – August trading back in a narrowing range. The last few weeks has seen it push out of this range, so we may be seeing the start of a move higher. However, the previous peak near $4.60 is going to offer a lot of resistance. If UMG fails to push beyond that, then we are likely to see the share price drift back again.