Is this the low in Corporate Travel? 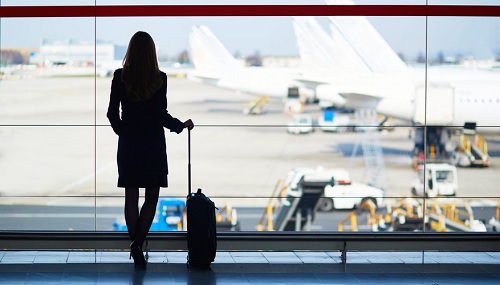 We recently reviewed the fundamentals for Corporate Travel Management (ASX:CTD) after the Company re-affirmed full-year guidance (FY20) at its AGM in early November. CTD also pointed to improved trading conditions across each of its four segments, which, in turn, offer the potential for the Company to exceed its FY20 guidance.

CTD provides travel management solutions to the corporate market. Revenue is earned via fees for service, commissions and volume incentives. The Company’s online booking tools mean the business is highly scalable and allows it to generate strong margins. CTD services clients in more than 70 countries and has four reporting segments based on geographical exposure: Australia & NZ (ANZ), North America, Asia and Europe. 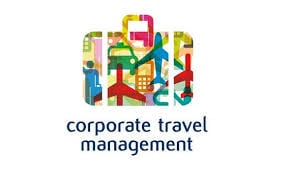 CTD’s technology strategy is to create technology in region for region. Accordingly, the Company has four regional technology hubs. This allows CTD to build and deploy internal customer tools based on regional requirements. The Company’s proprietary online booking tool, Lightning, has been localised for the international segments and appears to be gaining traction with clients. In particular, the sales pipeline in North America is very encouraging and key blue-chip clients in Asia are using Lightning.

From a financial viewpoint, the investment in technology/automation has resulted in CTD’s revenue per Full Time Employee (FTE) and EBITDA per FTE progressively increasing since large-scale investment in technology began in FY16. The growth in EBITDA per FTE over the same period, has exceed growth in revenue per FTE. This is as CTD’s technology results in a lower transaction cost than using a 3rd party provider and client usage is higher on CTD’s technology than 3rd party tools. In Asia and the US, we expect strong margin expansion from these regions over coming years, as has been the case in the ANZ and Europe segments.

The strong growth in earnings/margin in recent years from both the ANZ and Europe segments are due to the rollout of the technology being more advance than in Asia and the US. This in turn has led to solid market share gains in ANZ and Europe. It is expected that margins in Asia and the US will expand materially over the medium term. This is once the technology hubs are fully implemented in these two regions.

Whilst the Company is incurring higher cost investment as a result of the continued rollout of technology, this is incorporated in the current FY20 guidance. In addition, as the investment in technology is in the latter phase, the Company expects group cost growth to be relatively flat in future years. This underpins potential for further margin expansion.

2. Potential Acquisitions Remains on the Agenda

The strong net cash position on the balance sheet (supported by a high level of cash conversion) positions the Company to continue pursuing further acquisition opportunities. This is underpinned by the still-low market shares CTD has in most of its regions. The global corporate travel market is large. It is estimated to be valued at US$1.5t and growing at ~US$4b per annum. CTD’s market share is still 2% or less in all markets. The exception is Australia & NZ, where market share is currently 18%.

The Company has commented that it continues to investigate further acquisition opportunities in North America and Europe. This will optimise its scale in these regions. CTD wants to double its size in each of these regions. In addition, the Company noted that while valuations are becoming more appealing, the timing of any new acquisition is uncertain.

Why Investors Should Consider Corporate Travel

It is likely that CTD’s re-affirmation of FY20 guidance may be conservative. This is given that: i) All segments are showing improvement (albeit at varying stages over the course of FY20) and ii) The A$/US$ exchange rate in FY20 to date has traded below the assumed rate of $0.71 as part of the FY20 guidance.

More importantly, we consider that the prospects for a further re-rating in the shares is not just underpinned by the potential for FY20 guidance to be exceeded, but the fact that the market is likely to re-focus on the medium- to long-term earnings outlook. The latter remains underpinned by: i) The potential for further client wins, ii) Margin expansion from completing the rollout of technology hubs in Asia and the US and iii) An ability to maintain/grow margin in the event of a slowing in client activity levels via buying power, scale and technology benefits.

The shares are currently trading on a 1-year forward P/E multiple of ~18.5x. We do not consider this demanding relative to CTD’s multiple over the last 2-3 years of ~22x and in the context of forecast low double-digit EPS growth over the course of FY20 to FY22. Earnings growth over this period is likely to be supported by additional earnings-accretive acquisitions. Further, near-term headwinds (which are mostly from external factors such as Brexit, trade wars and Hong Kong unrest) are expected to eventually normalise.

Corporate Travel had been in a downtrend for about a year before leveling out during the last few months. We noticed the range was tightening up during the last several weeks and that resulted in an eventual breakout in early November. The breakout was also on strong volume (circled). As long as CTD doesn’t fall back towards $18, there is a good chance that it should head higher from here. There will be some resistance just under $21 and then again near $24.