Is this a turnaround for Pact Group? 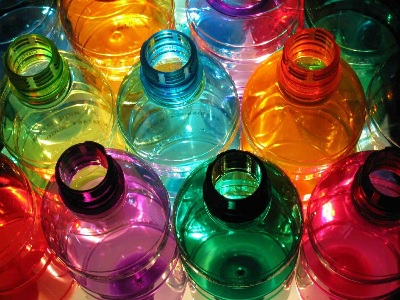 Shares in Pact Group Holdings (ASX:PGH) have displayed the type of price action that suggests a turnaround is underway. Looking at the fundamentals though, there are some key aspects of the business that need to be addressed this reporting season.

Consistent profit warnings and a restrictive balance sheet position (from high gearing levels) have led to a significant de-rating in PGH shares over the last 12 months. In late June, the Company announced a debt refinancing. In addition to giving the balance sheet more breathing space, it removed the risk of an equity raising in the short term. This in turn, has led to a recovery in the share price on strong volume.

Pact Group Holdings is a provider of consumer and industrial packaging solutions in Australasia and Asia. The Company operates across seven countries and is the largest rigid plastics manufacturer in Australia and NZ, with an estimated 30% market share. The Company’s reporting segments are along product lines. These include packaging and sustainability, contract manufacturing services, and materials handling and pooling.

More recently, PGH’s rigid plastic packaging business has been moderate, with very limited improvement in organic growth rates and volumes. Organic growth was 2% in FY18. It has moderated to 1% for 1H19. This was due to lower volumes in packaging & sustainability and materials handling were offset by volume growth in contract manufacturing, price increases and a full period contribution from the crate pooling contract with Woolworths.

In light of low levels of organic growth for the Australian operations in recent periods and in response to “significant complexity“ arising from the Company’s 50+ acquisitions over time (which have led to limited standardisation and duplication, as well as under-utilisation of certain facilities and functions), previous management has implemented a cost reduction program. This is known as the Packaging Network Redesign. It intends to reduce the number of plants from 28 to 18 by FY22. The aim is to improve margin, by having fewer, but larger-sized plants, as well as increased automation and an import supply chain.

Despite the significant cost savings initiatives, revenue growth is still needed in order to drive profitability. PGH’s objective of generating $50m of cost savings by FY22 are likely to be shared with customers. It may only be offsetting inherent inflationary pressure in the packaging business through rent and labour escalation, as well as higher raw material costs. These have impacted FY18 and FY19 earnings. It was a recurring theme in the profit downgrades for FY19 issued by the Company since initial FY19 guidance was provided at the FY18 results release.

Why an Equity Raising May Still Be Needed

Prior to the recent debt refinancing, PGH had a restrictive gearing position, where in light of challenging earnings, gearing was expected to rise above the Company’s target of 3.0x and closer to its existing senior debt covenants of 3.5x. In turn, this was making it difficult for PGH to fund its proposed cost reduction strategy and rigid packaging network restructure.

Importantly, the debt refinancing has not altered the gearing level. So gearing is still above the Company target of 3.0x and is close to its existing senior debt covenants of 3.5x. Further, as per recent guidance commentary, should PGH achieve EBITDA at the low end of the target range (~$230m), and assuming net debt as at 30 June 2019 reduces to ~$700m (assuming an improvement in the cash position due to seasonality of cashflow being skewed to the second half of the financial year), then the gearing level would be ~3.0x. This would precisely be the Company’s target range and still close to the covenant level of 3.5x. Further, the gearing level typically moves higher again in the first half in line with the seasonal peak in December.

2. Expansion Plans in Plastic Crate Pooling Need to be Funded

PGH is the largest provider of RPC pooling services in Australia and NZ. It is also in the process of tendering to acquire Coles plastic crate pooling business. In the event that PGH is successful with the Coles tender, the Company is likely to require a significant injection of funds. That may have to be funded via an equity raising.

Whilst the shares are currently trading on an FY20 P/E multiple of ~11.5x and are well into value territory, it is still too early to tell if PGH is a sustainable turnaround story. The key catalyst for a sustainable rerating in the share price is evidence of FY20 earnings growth. This in turn is key to PGH reducing the level of gearing on the balance sheet. To this end, we consider that the EBITDA outlook remains challenged, in light of:

i) Weak organic growth rates.
ii) Lower earnings contribution from acquisitions, which have contributed significantly to group earnings growth in recent years but have slowed in light of the stretched balance sheet. PGH is now entirely focused on improving operations rather than acquisitions.
iii) The risk that cost savings generated from the Network Redesign and lower raw material prices and are competed away.

Accordingly, we take a cautious view on the fundamentals at present, especially in light of the upcoming FY19 results release on 14 August.

Although fundamentally we need to see more evidence of a turnaround, the shares are trading in a way that suggests the market is expecting some good news. The shares jumped higher at the end of June on very strong volume. It then held onto these levels and the selling hasn’t kicked in. In fact, it has started to edge higher again. That is a positive sign and it is telling us that we may have a low in place now. That could all change on 14 August of course. However, as long as PGH can get through its FY19 report without a sharp sell-off, then we would be confident that a low is in place for the stock.