Is the best for Altium shares now a dead-cat bounce? 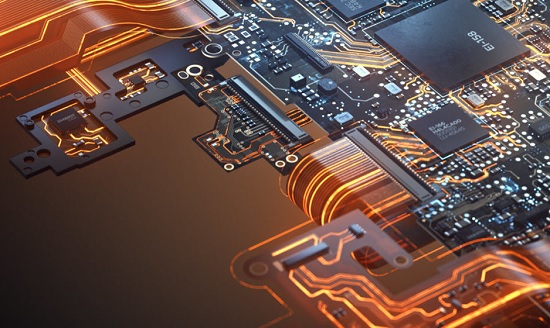 Altium (ASX:ALU) shares have lost significant ground since the start of the year, as tech & high P/E stocks largely remain out of favour with investors. With this in mind, we recently researched ALU to assess the potential for a re-rating in the shares should tech stocks fall back in favour.

Altium develops and sells software and hardware for the design and development of electronic products. The company has three key products: i) Altium Designer: Software for the design of Printed Circuit Boards (PCBs); ii) Nexus: A collaborative, cloud enabled PCB design solution; and iii) Octopart: An electronic parts search engine.

The Company sells its products globally, with >95% of revenue generated from outside Australia. ALU is one of the largest providers globally of PCB design software and has an estimated market share of around 25%.

Can Revenue Guidance be Trusted?

At the results release for the six months to 31 December 2021 (1H22), ALU upgraded its FY22 revenue guidance to be at the high end of the US$213-217m range. This represents 18-20% growth on FY21. While subscription growth in 1H22 was relatively soft (+7% to 55,978 reflecting a slight slowdown in activity in comparison to historical growth rates), revenue growth is being supported by record pricing levels, as well as the rate of discounting currently under 10% (down from ~30% in 1H21).

However, a key consideration to take into account is that ALU has a recent history of not meeting, or adjusting, revenue guidance. In a trading update in February 2021 (where 1H21 revenue was lower than expected), the Company maintained adjusted revenue guidance in FY21 for US$190-202m. This was given: i) An improved demand environment is expected in 2H21, ii) Recent pricing changes and iii) A rebound in electronic manufacturing. Revenue guidance for FY21 was then revised in June 2021, to US$190-195m. The actual FY21 revenue result was US$180m, which was below the lower end of the US$190-195m guidance.

While increasing demand for Term Based Licences is a positive for future recurring revenue, the Company’s perpetual license sales in the key markets of the US and EMEA have underperformed. A key reason for this is that the Company’s sales team are still adjusting to the transition to the new sales model.

Two of Altium’s competitors, Cadence and Dassault, recently announced a strategic partnership to combine platforms in order to provide a solution that appears similar – at least in concept – to ALU’s Altium’s 365 platform. While the strategic partnership between Cadence and Dassault is not new, the recently announced partnership is also likely to focus on the high-end enterprise area of the market. This is where ALU does not tend to compete. Further, ALU is aiming to move up to this area of the market. So while there is no material impact to the Company’s existing market share/financials, ALU, should it decide to venture into this end of the market in the future, would be doing so at a competitive disadvantage.

ALU has flagged that it is already in discussions with the likes of PTC, Ansys and Synopsys with a view to entering a partnership that better addresses the high-end enterprise area of the market. However, it remains unclear whether any of these discussions will develop into formal partnerships.

Autodesk operates primarily within the mechanical computer aided design (MCAD) market. However, Altium does PCB design within the electronics computed aided design (ECAD) market. ECAD and MCAD integration are a key aspect of industrial design. As such, collaboration of the two engineering aspects is crucial – hence Autodesk’s strategic rationale for the acquisition. Autodesk’s bid for Altium was at a premium and was likely made given that: i) ALU is a much smaller company in terms of market capitalisation and ii) Vertical integration of ECAD and MCAD software would have been beneficial to Autodesk’s current software suite. Synergies would also be able to be realised from the acquisition.

Aside from Autodesk, a potential acquirer within the MCAD space is Dassault Systèmes (‘Dassault’). Dassault and Altium previously already had a partnership signed in 2016. This was when Altium signed an OEM agreement with Dassault to introduce a new SOLIDWORKS Electronic Computer-Aided Design (ECAD) product based on Altium’s Printed Circuit Board (PCB) software technology. However, this relationship was dissolved prior to the release of the 1H21 results in February 2021. There is now a question mark as to whether Dassault would make a takeover bid for ALU.

Aside from Autodesk and Dassault, the market capitalisation of potential suitors drops materially. As such, it is unlikely that smaller MCAD players would be willing to pay a premium to acquire Altium.

ALU has an aspirational target of growing its revenues to US$500m and reaching 100,000 subscribers by 2026. As part of the trajectory towards these targets, it is assumed that 10-20% of the growth will come from future acquisitions.

To this end, the balance sheet is well capitalised to pursue further acquisitions in order to support the growth strategy. It has a net cash balance of US$195m as at 31 December 2021. This is up significantly from US$93m as to FY20 following the divestment of the TASKING business to a European private equity firm for US$110m in mid-December 2020.

The shares are currently trading on a 1-year forward P/E multiple of ~54x. This is at the top end of the ~40-60x range that the shares have typically traded on over the past few years. At current levels, we struggle to see any real catalysts for the shares, given the reduced corporate appeal, a history of missing revenue guidance, and EBITDA margin pressure.

Accordingly, we maintain a cautious view, although we note that potential catalysts for the stock are the upcoming Investor Day (likely to be in late June) and meeting or exceeding the FY22 guidance at the results release in August.

ALU looks to be trying to break the downtrend that started at the beginning of this year, but there are a range of resistance levels that are so far getting in the way. In the short-term, at best, we are likely to see ALU head sideways for a while to build a base. Otherwise, a break under $30 would have us looking for support near $28.