Is the bad news already priced into Metcash shares? 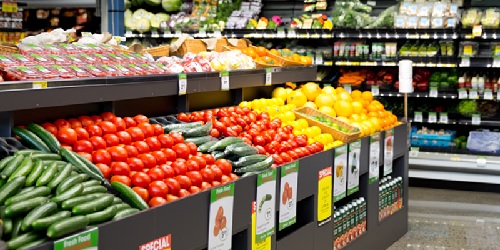 The share price of Metcash (ASX:MTS) has underperformed over the last year due to a number of challenges. However, is all the bad news already priced in? And at what point does the Metcash chart look attractive again?

MTS is Australia’s leading wholesale distribution and marketing company for the independent grocery channel. It has a diversified business across the food, grocery, hardware and liquor sectors. The Company is the 4th-largest player in the domestic supermarket segment, with a market share of 11%. Woolworths and Coles account for 65%, with Aldi holding a market share at 9%.

There are three reporting segments: Food, Liquor and Hardware. The main value driver for the Company is the Food division. This accounts for around 60% of group sales and revenue. Of the total sales base for the Food division, over 80% is derived from Supermarkets. The remaining portion of sales is generated from Convenience stores. The Supermarkets network comprise over 1,600 independently owned stores Australia-wide, including the well-known IGA and Foodland brands.

Challenges and Opportunities for the Food Division

Earnings for the Food division are highly leveraged to trends in food inflation. After a period of declining food prices over the last four years, food prices are expected to increase. This has been reflected in recent ABS inflation data. The key factors contributing to the expectations of food inflation are cost price increases, a more rational pricing environment in grocery retail following the Coles demerger, and the recent bushfire crisis. 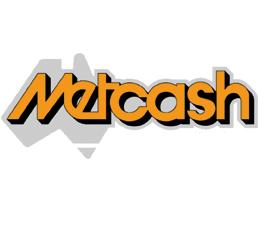 MTS has recently reported two recent supply contract losses. On 22 November 2019, MTS announced that 7-Eleven not be renewing the current supply agreement with Metcash following its conclusion on 12 August 2020. This announcement followed the loss of a supply contract to Drakes Supermarkets (announced to the ASX in May 2018), with Drakes having transitioning to a self-supply arrangement in South Australia from 30 September 2019.

The earnings impact from the loss of these contracts is material and the reasons behind these raises the prospect of further contract losses. In particular, a move towards self-supply by MTS’s grocery customers can potentially generate an adequate return. This is providing that a distribution facility can be established at a reasonable upfront investment cost.

MTS has a number of upcoming contract expiries/negotiations. One contract most at risk is the existing supply agreement with Foodworks. This contract expires in September 2020. Foodworks operates its own buying and promotional program which generates buying income independently of MTS. It also uses MTS’ warehousing and logistics service primarily for distribution. While the market is not factoring a loss from the Foodworks contract, this is a risk to FY21 earnings.

Other Challenges for the Food Division

The total number of IGA-bannered stores declined from 1,385 as at April 2019 to 1,337 as at October 2019. While MTS has commented that it expects net store openings in 2H20, there is a risk of further store closures, in light of ongoing cost pressures.

Is the Cost Savings Program Enough to Offset Competitive Pressures?

While competition from major retailers is expected to remain intense, accelerated investment by majors Woolworths and Coles in automation and data has increased competitive pressures for independent retailers, such as MTS. Distribution centre automation creates benefits at both the distribution centre itself (i.e. lower labour costs, faster delivery turnaround times) and for stores (i.e. declining costs at back of store, lower shelf costs).

MTS’ response to these challenges presently entails the MFuture program. MFuture is a five-year program designed to both cut costs by $50m over two years and invest $300m in store refurbishment and new digital initiatives.

To date, the cost savings generated from the MFuture program have more than offset the impact of inflation. In fact, underlying EBIT growth of +4% in 1H20 exceeded divisional revenue growth of +1.2%.

While EBIT growth for the Food division turned positive in 1H20, recent contract losses will weigh on divisional earnings over the next two years. Having said that, we consider that there are a number of measure available to Company to mitigate the impact on earnings:

i. Food inflation is turning positive and coupled with continued benefits from the store rollout and cost savings programs, means that EBIT margin is maintained over FY20 – FY22.

ii. EBIT growth in the Liquor division to expand on the back of the premiumisation strategy and pursuing growth initiatives under the MFuture program.

iii. Potential EPS-accretive acquisitions for the Hardware division, supported by a low gearing position. Further acquisitions would be well received as these have the potential to mitigate the challenging operating environment over the next 12-18 months. In the absence of any acquisition opportunities, the strong balance sheet position allows the Company to fund its internal initiatives.

With the shares having de-rated to a 1-year forward P/E multiple of ~12.5x, the market appears to be factoring in a worse-case scenario with regards to further contract losses and minimal mitigation to the earnings decline in the Food division as a result of recent contract losses.

MTS has underperformed over the last year and price action, particularly in the last several weeks, has been quite poor. During the last several months, the $2.70 region proved to be good support until MTS fell under that in early December. In order to feel more confident that MTS can head higher, we would like to see it get back above $2.70 and hold onto that level. Otherwise if $2.70 merely proves to be a new resistance level, which seems to be happening, then MTS is at risk of falling to a new low for the year.