Is Pact Group a turnaround story? 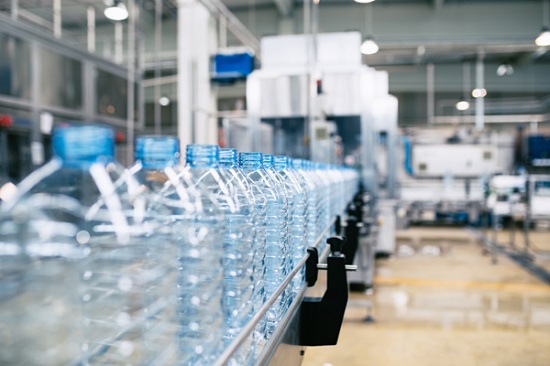 The Pact Group (ASX:PGH) share price has struggled in recent years. High gearing levels, a lack of organic earnings growth, and operational challenges have weighed on investor sentiment. We recently reviewed the Company after the interim result (1H21) was stronger-than-expected. It also showed a larger-than-anticipated decline in gearing levels. Unlike recent periods, the operational outlook is brighter, underpinned by the Company’s focus on sustainability.

The Company has three reporting segments: i) Packaging and Sustainability, ii) Materials Handling and Pooling and iii) Contract Manufacturing.

A key concern with PGH over the years had been poor organic earnings performance. From FY14-19, the core rigid plastics business appears to have experienced volume and sales declines and group EBIT is estimated to have declined organically in each of the past four financial years.

Whilst there has been limited improvement in organic growth rates and volumes since FY19, there was evidence of more meaningful organic growth in 1H21. In particular, it is estimated that sales and EBIT from the core business (excluding contract manufacturing) rose by 1.4% and 14.5%, respectively, on an organic and constant-currency basis. This includes the impacts from pass-through of lower raw material input costs and currency.

The improvement in organic growth is partially attributed to a turnaround in the Australian packaging business, which have been driven by new management and deepening the focus on customers including small and mid-sized customers.

A key factor likely to contribute to further expansion in organic growth is improving the performance of the manufacturing plants; a process which is still in its early stages. The Company has previously outlined plans to reduce the number of plants, and to have larger-sized plants, by FY22. This is likely to lead to an improvement in margin and efficiency (i.e. increased automation and an import supply chain).

2. Input Price Pressure Not Expected in the Near Term

In the past, input price pressure has had a negative impact on earnings growth and has offset efficiencies generated from cost savings, as i) Higher energy and input costs were only partly recovered in the market and ii) There were lags in the recovery of higher raw materials costs.

The balance sheet and headline gearing (on a net debt to EBITDA basis) has been an area of concern for the market since its 1H19 result. This was when PGH announced that it had become over geared and was considering its capital options. Gearing as at 31 December 2020 declined to 2.4x (target <3.0x) and interest cover has improved to 8.5x (1H20: 5.9x).

The decline in gearing over the last 12 months was not expected to occur so quickly, but has occurred as a result of strong operating cashflows (free cashflow doubled in 1H21). These were supported by improved working capital management. The decline in gearing also allowed an interim dividend to be declared.

The Company is aiming to divest its Contract Manufacturing division (currently 19% of group sales and 13% of earnings). A sale would support further de-gearing of the balance sheet and avoid any future need for an equity raising in order to lower gearing (which PGH have previously done).

Aside from the potential to improve organic growth via improved manufacturing performance, the next growth opportunity is likely to come from PGH’s sustainability-focused strategy. This is where the Company continues to actively partner and invest in the required infrastructure. In particular, the Company has formed a joint venture with Cleanaway and Asahi to jointly develop recycling capability in Australia and has recently announced potential investments in plastics recycling facilities in WA and Victoria.

As more and more businesses are responding to social pressures and seeking out sustainable solutions, PGH’s footprint and portfolio is very well placed to service these needs. In the near term it will be the pooling businesses (VPS, TIC) underpinning this growth momentum. However, we expect over the medium term this will shift to the Rigid Packaging business as customers seek to meet 2025 sustainability targets by migrating their packaging to more sustainable and recyclable packing solutions. The earnings benefit from this strategy though is likely to be long-dated and remains unclear at this stage.

Overall, we take a more favourable view on PGH’s fundamentals on the basis that it is now a more credible turnaround story. Whilst the shares have re-rated following the release of the interim results, PGH is still trading on a 1-year forward P/E multiple of ~13.5x, which is slightly above its 5-year average.

The PGH chart is looking very bullish. It appears to have formed an inverse head and shoulders and the recent breakout indicates that it has further to run. Often the stock a rally the same distance as that between the neckline and low, which gives us an initial target towards $4.50. Any slight dip from here is now a buying opportunity and we would look to place a stop just under the neckline near $2.80.