Is Lendlease an opportunity at cheaper levels? 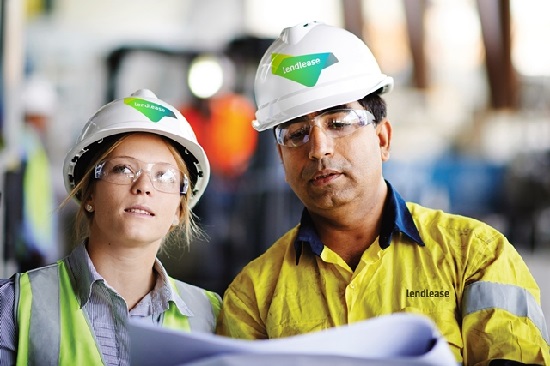 Lendlease (ASX:LLC) shares have up until recently enjoyed a strong run, after the Company outlined plans to increase the rate of development completions and completed the sale of its Engineering business. We recently reviewed the Company in order to examine the extent to which these growth plans have the potential to increase earnings and, accordingly, support a further re-rating in the shares.

LendLease Group is a leading international property and infrastructure group. It has operations in Australia, Asia, UK, Europe, the Middle East, and North America. The Company has three operating divisions:

LLC has an urbanisation development pipeline that it expects will help it reach its target of >$8.0b in development completions per year by FY23. This represents an 80% increase on the average production of $4.3b over FY16 to FY20.

Not yet a subscriber? Join now for FREE!

Receive our weekly tips and strategies into your inbox each week.

To achieve the targeted >$8.0b, LLC is to invest $5.0-6.0b of capital, as part of this ramp up in completions will require incremental CAPEX from LLC to fund its share of development/co-investments. The difference will be driven by 3rd party capital. To this end the Company is well positioned to attract additional 3rd party capital given that it has relationships with ~150 institutional investors. The >$8.0b target is considered achievable, given that LLC intends to put a further +$10b of development into delivery over the next 18 months.

But Does the Higher Target Translate to Earnings Growth?

The forward development pipeline provides LLC with an attractive potential EPS growth over the medium to long term. However, the relationship to earnings still isn’t clear. This is because the return on invested capital (ROIC) is largely unchanged and there is an inherent difficulty in predicting profits with any degree of confidence. This is because profits can be booked upfront, throughout, and after the development phase depending on project structure.

Further, LLC intend to use retained earnings and potential use of debt in order to fund incremental co‐investments and growth in development capital employed. However, the quantum of retained earnings that can be used to fund incremental investments may be impacted in the event that earnings at a group level are lower. This could delay the planned ramp-up in development completions to the >$8.0b target. This is particularly as the Company is unlikely to substantially increase balance sheet gearing as an alternative strategy to drive achieving this growth (i.e. in the event that the Company cannot generate sufficient retained earnings).

We contend that a significant increase in gearing would not be well received by the market given that gearing levels have been typically modest and LLC’s balance sheet gearing is already in the middle of its target range.

A key contributor to earnings within the Development division is the Communities business, which currently has 17 projects. LLC’s settlement volumes are running well below its target levels. In FY19 and FY20, the number of settlements was 2,523 and 1,898, respectively, and well below the target range of 3,000 to 4,000 settlements per annum. While enquiry levels have returned to pre-COVID-19 levels, the settlement target is unlikely to be met in FY21.

The reason for this is that the Company is not experiencing the magnitude of pick-up in enquiries for its Australian Master-Planned Communities business that its peers have reported recently. LLC indicated at the time of its FY20 results release that its ability to capitalise on the pick-up in market volumes over the June quarter was impacted by a lack of stock. However, there had been expectations that the further strengthening reported over the September quarter by ASX-listed companies such as Stockland Group (ASX: SGP) would have by now been translating through to LLC’s Communities business.

The Construction division currently accounts for 18% of group EBITDA. While the division is now expected to be lower contributor to group earnings (target of 10-20% of group EBITDA from FY19 onwards compared to 20-30% in FY17-18), a material recovery in EBITDA margin for the Construction division over the medium term is unlikely. EBITDA margin for Construction in FY20 declined to 1.3% (below the target range of 2-3%) as a result of mandated closures which caused 2H20 earnings to be breakeven.

EBITDA margin is likely to improve from the 2H20 impact, with the Company commenting that the Construction division has recovered from COVID‐19‐related impacts that lead to losses in 2H20 in the US, Europe and Asia. However, the EBITDA margin is likely to remain below the target level in FY21 given that securing new work is expected to be challenging in the current environment.

In assessing the implied expansion in earnings over the next five years from additional equity over this timeframe against the Company’s targeted return on equity, we consider that the long-term EPS growth profile is quite modest, at ~4.5% on a CAGR basis.

In our recent review on the Company, we considered that on this basis, the premium rating in the shares was unsustainable. In particular, the 1-year forward P/E multiple of ~18x was well above the range of 10-13x over the last two years. While the P/E multiple has since declined to ~16x, we continue to take a cautious fundamental view on LLC given that the extent to which recently-outlined growth plans translate to earnings growth remains clouded.

Several weeks ago saw LLC gap above the June peak. It managed to hold above it for most of the time but in the last few days we have seen it continue to drift lower. At the moment it seems to be stuck near $13. Ideally we want to see it push beyond $15 again to show that it can head higher again. If it can do that, then we could see a brief move to about $17. Otherwise, at this rate, we could be targeting cheaper levels closer towards $11 – $12.

Join thousands of investors who receive our unique stock market analysis every week!

we combine both fundamental & technical analysis so You'll receive:

Our Analysis is used by:

"Michael’s key skill is in making what can sometimes seem like an investing black art comprehensible to a normal reader. That’s a surprisingly rare skill among experts such as Michael."