Is it worth buying shares in The Lottery Corporation? 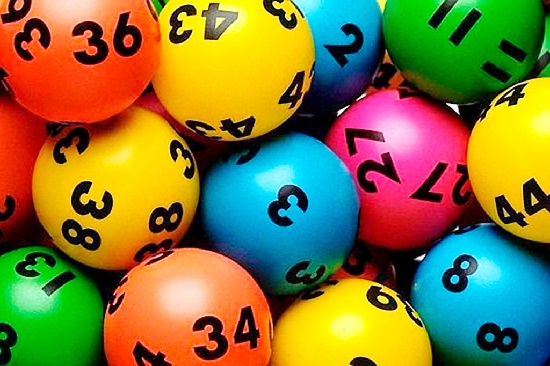 The Lottery Corporation (ASX:TLC) is the leading lottery and Keno game operator in Australia. It commenced trading on the ASX on 24 May 2022, following its demerger from Tabcorp Holdings. We recently researched the Company to assess its prospects as a stand-alone listed entity.

About The Lottery Corporation

The Company has two operating divisions:

There are several factors underpinning the infrastructure-like nature of the overall revenue base:

ii. Across the three largest states (NSW, Victoria and Queensland), lottery taxes were ~$1.5b last financial year and contribute ~2% to state taxes. A sustainable (and growing) stream of tax revenue is important for state and territory governments.

iii. TLC has long-dated exclusive licences. There is limited renewal risk given how entrenched TLC is in providing a national lottery product.

Over the past three years, sales growth for the Lotteries division has come from a combination of base games and jackpot games. Jackpot games are typically higher growth in comparison to base games, as a result of periodical games changes (reviewed every 3-4 years) aimed at increasing jackpots (and also associated with prices increases), which in turn increases the number of active players and is one of the most significant drivers of growth for the Lotteries division.

The volatility in the contribution from jackpots is that once a jackpot has been won, the larger number of players heightens the impact of ‘jackpot fatigue’, which occurs when players wait for a larger prize before purchasing a ticket, resulting in fewer ticket sales and stymied prize growth.

In terms of recent performance, sales growth for the Lotteries division in 2H22 to date are estimated to be up by ~5%, supported by a number of jackpots including an $80m Powerball in May. The strong run of jackpots in FY22 is expected to support sequential growth in TTV (Total Transaction Value).

For FY23, earnings growth will be supported by the upcoming Oz lotto game change as well as an associated +8.3% increase in the ticket price. However, making accurate forecasts on the quantum of the expected earnings growth is challenging given that this ultimately depends on the sequencing of jackpots (which in turn underpin volume growth) as well the extent to which the 8.3% price increase can hold (although it is expected that the Company will be able to retain ~5% of the 8.3% price uplift).

Over the past three years, digital (online) sales have grown at ~20-30% per annum in comparison to retail sales which have been relatively flat over the same period. Digital sales penetration has benefited from shifts in consumer behaviours, larger jackpots (where typically online penetration increases) and digital resellers such as Jumbo Interactive, with whom TLC has a reseller agreement for digital sales.

Digital penetration growth is expected to continue and it is possible that online sales comprise ~50% of overall sales by FY25. This factor, together with the potential for customers converting to online increasing expenditure due to convenience / frequency of purchases (as omni-channel customers in general spend more), underpin the potential for further expansion in EBITDA margin over the medium term.

The Lottery Corporation is a highly cash generative business, underpinned by the long-run and generally exclusive licences within Australia across lotteries and Keno and low levels of CAPEX requirements with just one major licence renewal in 2028.

Notwithstanding TLC’s higher leverage profile (compared to prior to the de-merger), gearing levels are expected to decline progressively out to FY24 as a result of the potential for strong free cashflow generation.

Given that gearing is below the target range, coupled with the low levels of capital intensity and no near-term licence renewals, there is scope for capital management optionality. As such, in the absence of any Merger & Acquisition opportunities, the lower gearing profile expected over the medium term may result in special dividends or a share buyback.

We consider the key fundamental attractions for TLC to be: i) The defensiveness of the earnings profile, ii) A high dividend payout ratio, iii) An improving balance sheet position and iv) Margin expansion over the medium term, mainly from increased online penetration.

Having said that, we consider that the market is ascribing a premium rating to the shares, given that TLC is currently trading on a P/E multiple of ~24x on a FY23 basis which appears demanding on the context of forecast EPS growth of ~8% over FY22-25 on CAGR basis.

Notwithstanding that the demerger from Tabcorp has to potential to unlock value for TLC as a stand-alone lotteries business (which led to the lotteries assets being discounted by association); we consider the current premium multiple is also unrealistic for a Company with such a short history as an ASX-listed entity.