Is it worth buying shares in Medibank Private? 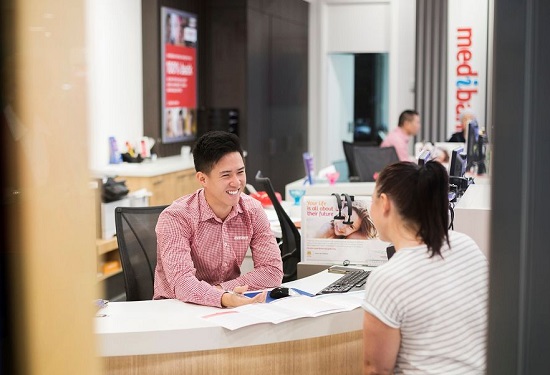 Investor preference for companies with defensive segments, recurring revenues and interest rate leverage has recently increased. With this in mind, we recently researched Medibank Private (ASX:MPL).

The Company’s core business is the underwriting and distribution of private health insurance policies. It has two brands, Medibank and AHM (which is positioned around affordability). It offers Hospital Cover and Extras Cover to customers in Australia as well as health insurance to overseas visitors and students (via the Health Insurance division). It also participates in the broader healthcare industry through the provision of integrated healthcare services to policyholders, government, corporate and other customers (via the Medibank Health division).

Most of MPL’s policyholder growth is expected to be driven mostly by the Medibank brand. This is because over the last six months, there has been a reduced level of downgrading to lower-priced policies (i.e. AHM). The latter has been underpinned by: i) lower premium increases, ii) standardisation of products through the introduction of a new classification scheme for private health insurance and iii) Increasing value to customers.

Whilst the Company is gaining market share from policyholders (i.e. volumes) growth above industry, growth in premiums is typically more volatile than growth in policy numbers due to the volatile timing of premium giveback measures by insurers. Nevertheless, MPL’s premium growth rate is tracking below that for the industry. This is given the skew in policyholder growth towards lower coverage products (i.e. AHM), policy downgrading, as well as lower premium rate increases and premium give-backs.

In terms of the implications from the new Labor Federal Government, historically there has been a skew in Government spending towards the public healthcare system. This may slow the rising private health insurance participation rates evident over the past two years.

Opportunity to Increase Market Share Over the Medium Term

MPL is targeting 25-75 basis points of market share gains by FY24 (from FY21 levels). In order to improve its market share in the context of industry challenges – such as changes in asset ownership, a potential inflection in private health insurance participation, potential forward capacity issues and an absolute need for more affordable/sustainable care – MPL is in the early stages of rolling out its own alternative care model for short-stay, no-gap joint-replacement surgeries. Under this model, hospital stays are between 1-3 days, compared to the current average length of stay for knees/hip replacements at 5.3 days.

The short-stay program has recently been expanded to other highly utilised modalities, with endoscopy and general surgery underway. Apart from the potential to increase its market share, the model offers upside risk to longer-term EPS, given that it alleviates pressure on premiums (via lower claims growth) and eliminated patient co-payments.

While industry volumes continue to grow strongly, there is still a low level of claims with a build-up of deferred claims liability (DCL) strength. This is despite strong margins. As a result of an increasing trend in DCLs, softer claims are being given back in the form of member support through delayed premium increases. While this measure increases the likelihood of membership retention, there are also implications for MPL’s margins (on both a gross and net basis), as the claims trends, while favourable, are not sustainable.

In terms of gross margin, these can be volatile due to timing differences in releasing DCLs. The reported gross margin for the industry lifted from 14.5% in the December 2021 quarter to 21.7% in the March 2022 quarter. In comparison to the industry gross margin, MPL reported an underlying gross profit margin of 14.7% in 1H22, compared to 14.2% in 1H21.

While the low claims environment lifted gross profit margin, this was largely offset by MPL’s overseas business. In context, while MPL’s gross profit margin are broadly tracking the industry, they are below that for NHF, who reported a much higher gross profit margin in 1H22 (22%). This was a result of taking COVID benefits on the Profit & Loss Statement, instead of a Cost of Doing Business item.

Medibank Private has a strong balance sheet, with no debt, which underpins the sustainability of future dividends and provides funding flexibility for further acquisitions.

A draft new private health Insurance capital standard is to apply from 1 July 2023, which allows for issuance of Tier 2 debt. MPL consider that its current capital levels in the regulated health fund as enough to cope with the new regulatory standard and does not expect the standard to negatively impact its capital position.

MPL is currently trading on a 1-year forward P/E multiple of ~20x, which is in line with the historical multiple but demanding in the context of an EPS growth profile of ~5% over FY22-24 on a CAGR basis.

We are cautious about the Company’s ability to generate EPS growth beyond ~5% over the medium term, given: i) MPL’s premium growth rate is tracking below that for the industry and ii) The volatile gross profit margin profile, in part caused by a more challenged overseas business.

However, as alluded to above, there is potential upside to EPS growth expectations should the Company invest excess capital in either capital management or bolt-on acquisitions.

Since early February, MPL has been in a clear trading range between about $3 and $3.30. It is now at the top of that range. If it can break above $3.30 and hold, then we should see a recover back up towards $3.60. If it cannot do that, then we would assume that it would head back towards $3 again, which would be a cheaper entry level. A break under $3 would be viewed as a negative because that could lead MPL back into a downtrend.