Is Brambles a value trap? 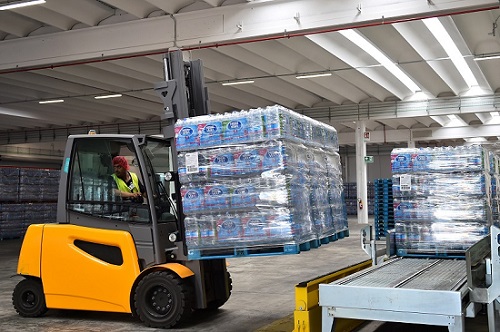 Brambles (ASX:BXB) shares have weakened since the Company downgraded earnings (EBIT) growth expectations for FY22. Company guidance suggests that an improvement in earnings is more likely from FY23-25. Accordingly, we recently assessed whether there are any catalysts to support a re-rating in the shares in the more immediate term.

Brambles is the largest provider of pallet services. The Company’s main operations comprise the CHEP (pallets) division, which has operations in Americas, Europe, Middle East & Africa (EMEA) and Asia. In the US, Europe and Australia, CHEP’s market share is estimated to be 55%, 25% and 70%, respectively.

The Company recently issued separate revenue and EBIT guidance for FY22 and the FY23-25 period. EBIT growth in FY22 is expected to lag revenue growth due to additional expenditure. These include higher “transformation” costs (US$50m) and higher digital operating expenditure. The EBIT guidance for FY22 is also partly due to the availability challenge impacts of lower return rates, longer cycle times, and costs from collecting, relocating, and repairing pallets.

However, the guidance for FY23-25 suggests that the operating leverage is expected to improve over the medium term as investment benefits are realised. BXB has provided guidance for EBIT growth to be high-single-digit in FY23-25, compared to 1-2% for FY22. The guidance for revenue growth (+5-7%) is unchanged from the guidance for FY22. The high-single-digit EBIT growth in FY23-25 is expected to come from initiatives such as investment in plant automation and digital capability as well as improvements in lumber procurement and pallet durability.

In its recent trading update for the 1st quarter of financial year 2022 (1Q22), BXB reported group revenue growth of 9%, which is tracking ahead of Company guidance for FY22 (+5-7%). The Company noted that pricing was a key driver of revenue growth in all regions, while net new wins contributed +2% and like-for-like (LFL) volumes were weak reflecting the constraints caused by poor pallet availability. Indeed, CHEP experienced like-for-like volume declines in North America during 1Q22 despite CHEP Americas still delivering 9% growth.

It is unlikely that the 1Q22 sales growth rates will be sustained through FY22. This is due to a lack of pallet availability constraining new wins and LFL growth. Pricing growth, which is expected to be sustained In CHEP Americas over the course of 1H22, is likely to be impacted in 2H22. This is especially as lumber mill capacity returns and the lumber price continues its retracement of the COVID-19 spike in May 2021. In terms of, while there has been a reversion in lumber prices over the last six months, the Company still expects pallet availability issues in North America to continue until 4Q22. At this point CAPEX and plant costs should normalise during FY23.

Pallet shortages mean that pallet availability (as opposed to price) is becoming the most important buying factor for US customers. Customers see availability as a competitive strength for CHEP. As the owner of the largest pool of a scarce resource, lower price elasticity should help CHEP to achieve price increases beyond simply sharing cost inflation. So far, though, multi-year contracts have constrained price increases. All the while, loss rates and replacement CAPEX has dragged on ROIC.

No Decision Yet on Plastic Pallets

A decision is important as Costco, one of BXB’s biggest customers in the US, announced in 2019 that it was pursuing plastic pallets. Costco, which represents around 10% of the US pallet volume, are expecting to head down the plastic route over a three-year period. This is irrespective of BXB’s decision on plastic pallets. The decision to enter plastic pallets with Costco in North America is expected in 2H22.

The decision (as to whether to proceed or not) comes down to BXB’s forecast returns. If the (ROIC) is >15%, BXB will proceed. If ROIC is single digit, BXB will not proceed. Also, if ROIC is in between these ranges, further assessment will be required.

The dilemma that BXB faces is that should it decide not to proceed, the lost Costco volumes would take years to replace. On the other hand, going ahead with the investment will require significantly more CAPEX over three years, at a time when CAPEX is already elevated.

BXB’s balance sheet remains strong with gearing (on a net debt to EBITDA basis) of 1.2x as at 30 June 2021 remaining well below both management’s target of <2.0x and the covenant level of 3.5x. The current share buyback program is expected to conclude in 1H22. With gearing at current levels, the Company is well positioned to continue capital management via further share buybacks, as well as to continue dividend payments within the target 45-60% payout ratio.

BXB is currently trading on a 1-year forward P/E multiple of ~18x. While this is below the bottom end of the range over the last three years (~19-22x), we struggle to see any catalysts for a meaningful recovery, given:

i. Operating leverage (especially in CHEP Americas) not likely until FY23 and may well be impacted by higher costs in FY22 spilling over into FY23.

ii. The potential competitive response from improving lumber mill capacity and falling softwood lumber pricing, which could weigh on pricing growth in the US from 2H22.

iii. A decision on plastic pallets either way would have negative implications for BXB in the short term. The ROIC benefits from proceeding would only become evident over the medium term. Further, a decision to proceed require significant additional CAPEX. As this would impact free cashflow even further, it raises the prospect of the Company having to suspend its share buyback program in order to fund associated CAPEX, existing transformational CAPEX, and to maintain gearing levels. On the other hand, not participating in plastic pallets would impact BXB’s volumes. This is given that Costco accounts for around 10% of pallet volume in the US.

BXB had been trending nicely in the first half of this year before reversing in mid-August. Since then it has struggled. The gap down in September was the next warning sign that the stock could see lower levels. Volume is also picking up on the way down here. For now, it is most likely that BXB slides lower and heads back towards the mid $9’s before it may find support. If it can find some buying support there, then that would be a better price level.