Why are InvoCare shares falling and is it overdone? 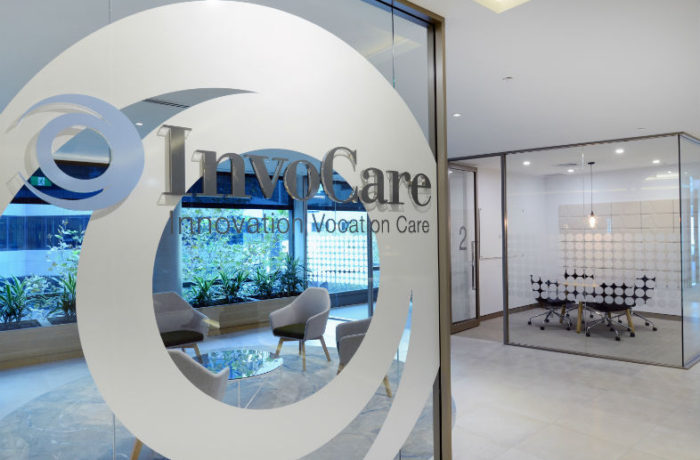 After a stellar run towards the end of last year, shares in InvoCare (ASX:IVC) have fallen sharply back to levels last seen in August 2017. Why are they falling, and is the selling now overdone?

InvoCare is the largest private operator of funeral homes, cemeteries and crematoria in Australia. Locally it has a 34% market share. It is also the only player with national brands.
The recent rally was driven by the market favouring high-growth stocks (with high P/E ratios) over value stocks (with low P/E ratios). InvoCare was a beneficiary as a result of its highly defensive and attractive earnings growth profile. This growth was is underpinned by a gradually increasing death rate, an ability to increase prices, and good cost control.

Why has InvoCare been sold down?

However, there have been recent questions about the ability of the Company to implement price increases as a result of intensifying competition in the Australian market. With the stock trading on a P/E of +30% and well in excess of its historical range, investors have hit the stock hard over the last few weeks. A strength of InvoCare’s business model has been its ability to raise prices at the same time as increasing market share during periods where the death rate increases. InvoCare has been able to historically implement price increases averaging 3-4%, in excess of inflation, reflecting both the price inelasticity of the funeral market, high market share, as well as the strength of InvoCare’s brands.

InvoCare now faces the challenge of increasing competition, particularly within the low-cost funeral segment, which could affect InvoCare’s ability to implement pricing increases. More customers are choosing affordable funerals, and are electing to have a direct burial or cremation (i.e. without requiring a traditional funeral service), or to have a single, rather than a dual, service.
In the last week, Dignity, the largest funeral operator in the UK, announced that its profit in 2018 would be substantially lower as a result of accelerating price competition in the funeral services business. This has meant that Dignity has had to reduce average prices on simple funerals by an average of 25%. It is also freezing prices for funerals in the traditional segment in most locations in order to protect market share.

InvoCare, as market leader, arguably does not face the same level of competition in the Australian market as Dignity does in the UK. However, it has previously indicated that if the business is to continue making the price rises it has enjoyed in the past, much of the asset base requires a refresh. Accordingly, the Company is embarking on an ambitious capital expenditure program, with plans to spend $200m over the next four years on refreshing operating sites and advancing IT systems and processes. Although, given the intensifying competition and transition to a low-cost service, it is uncertain whether this expenditure will continue to allow InvoCare to achieve price increases in excess of inflation in the medium term.
While the shares have come back sharply, InvoCare is still trading on a high 1-year forward P/E multiple of around 25x, and at these levels, we would prefer to await a market update at the interim results in February before considering an entry on weakness.

What does the chart say about InvoCare?

I looked at the InvoCare chart on 18 January for our “Your Stock Request” video when it was trading at $15.60. I made comments about the chart looking negative, with the stock likely to fall to under $15, and “2018 being a bit of a lost year for InvoCare”.
The chart shows the big drop that has occurred in InvoCare in this last week, down to my first support level. It might have a small bounce here but I would be wary of the stock breaking support. That could see it head back towards the next level of trendline support near $13.