Have we seen a low in ARB shares? 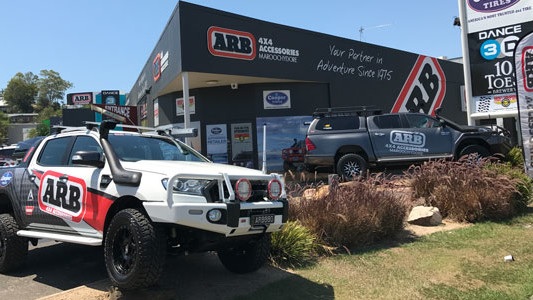 We recently researched ARB Corporation (ASX:ARB) in The Dynamic Investor on 15 March 2022. A sustained period of weakness in the shares led us to re-evaluate the fundamentals. With the shares now having come back, is there another re-entry opportunity?

ARB designs, manufactures, and distributes the largest range of accessories for four-wheel drive (4WD) utilities, 4WD Sport Utilities (SUVs) and light commercial vehicles in Australia. The Company has manufacturing plants in Australia and Thailand, with sales, warehousing, and fitting facilities across Australia. The Company has operations across three segments: i) Australian Aftermarket (the largest contributor to sales), ii) The rapidly growing export market and iii) Original Equipment Manufacturers (OEM). Sales of new 4WD utilities and SUVs are a key driver of demand for ARB’s products.

In the Australian aftermarket, the Company distributes through its ARB store network. This is to retail customers, ARB stockists, new vehicle dealers, and fleet operators. There are currently 72 total stores in Australia. Of these, 43 are ARB-branded stores and 29 are Company-owned stores.

Strong Revenue Growth Across All Segments

A key highlight from the recent results for the six months to 31 December 2021 (1H22) was the strong rate of revenue growth across all three segments. Notwithstanding the impressive rate of revenue growth, the latter was impacted by capacity constraints. To address this challenge, the Company has commenced construction on a new 30,000m2 factory, which is in very close proximity to the existing Thailand operations. The new factory will increase capacity (i.e. doubling the size of the existing footprint) and facilitate more efficient and streamlined operations in Thailand. Construction is progressing on schedule and is expected to open towards the end of this calendar year.

Gross profit margin in 1H22 expanded from 46% in 1H21 to 48% in 1H22. This was driven by a stronger A$ and higher volumes. Aside from the consumer shift towards domestic travel and leisure activities, one of the tailwinds for the business has been a weak Thai Baht (THB) (relative to the A$) for much of the past 18 months, which in turn have assisted gross profit margin.

While the THB strengthened in early 2H22 (hence there does not appear to be a tailwind at present), at the time of writing, the THB has fallen below the levels at the end of 1H22, hence this is supportive for gross profit margin in FY22.

The Company released a number of new products during FY21, including the aluminium Base Roof Rack with clever accessories and the integrated ARB Slide Kitchen that neatly tucks away into standard dual cab drawers.

ARB’s strategic partnership with Ford Strategic has the potential to expand the addressable market and expected to generate higher margin sales in comparison to other OEM sales, as Ford offers a 5-year warranty on ARB products compared to the 3-year warranty typically offered by ARB. The Company has already developed a range of accessories for the Ford Bronco 4WD, as well as for vehicle models such as the Nissan Navara, Isuzu MU-X, and Mazda BT-50.

To date, sales under the Ford agreement are tracking in line with expectations and increasing. ARB is expected to provide a wide range of products for the Ford Ranger and Ford Everest to be released in June 2022 and August 2022, respectively. In addition, the Company is developing accessories for the recently released new Land Cruiser 300 Series. However, new vehicle availability worldwide remains challenging.

The acquisition of Truckman in March 2021 adds scale to ARB’s global business and provides a base for the Company to increase its exposure to Europe, which was less than 4% of group sales at the time of the acquisition. While no details were provided at the 1H22 results release regarding the potential sales opportunities for Truckman in UK/Europe, sales from the Truckman acquisition contributed around half of the sales growth for the Exports segment in 1H22.

Are Higher Interest Rates a Concern?

While higher interest rates are a headwind, it is worth noting that the timing of interest rate hikes in Australia appears to have been pushed back. Nonetheless, the typically strong order book, new products that are yet to be released to market and the backlog of new vehicles should cushion the impact on discretionary spending from higher interest rates/petrol prices.

While ARB shares have recently re-rated closet to its 5-year average of ~27x, the fundamentals remain solid. Over the medium term, there remains a large opportunity for growth both domestically and offshore, with investment continuing to ramp up across all segments of the ARB business. Despite cost pressure, operating leverage remains evident, and there is upside potential to sales growth over the medium term from expansion in Europe and new product development.

From the lows in 2020 to the end of 2021, ARB had been in a smooth uptrend. However, it clearly broke that in early January on large volume. Looking at price action in the past two weeks, it seems to be establishing support and bouncing nicely. Another day or two higher and a push through $43 would have us more convinced that a low is in place.