Has value emerged in Star Entertainment? 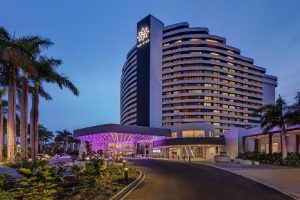 Over the last 12 months, Star Entertainment Group (ASX:SGR) has been consistently trading at a substantial discount to consensus market valuations. We recently researched SGR, to investigate the factors underpinning this and accordingly, to determine whether SGR shares represent a value investment. By way of background, the Company owns and operates three casinos in Australia: The Star Sydney, The Star Gold Coast and the Treasury Casino in Brisbane. Here is a brief analysis of the fundamentals, along with an analysis of the SGR price chart.

SGR’s domestic businesses comprise gaming & non-gaming (i.e. food & beverage) operations and account for 80% of group EBITDA. International VIP’s account for the rest. The key domestic business (and the better performing) is Star Sydney, which reported EBITDA margin expansion for FY18. EBITDA growth of 28% outstripped revenue growth of 17.5%, as the Company continues to focus on cost management. At the most recent trading update, for the first quarter of FY19, revenue from the domestic businesses accelerated. The Star Sydney and the Queensland assets are growing at similar levels to FY18.

The outlook for domestic gaming revenue is that growth is expected to continue at around mid-single digits, supported by:

i. Improved table revenue at Star Sydney.
ii. New cabinets and titles (for example, the significant expansion in Aristocrat’s Dragon Link over the last year) underpinning the potential for further market share gains in slot machines. Revenue growth from slot machines in FY19 is expected to remain similar to the FY18 growth rate of +5.3%.
iii. Recent expansionary works at The Star Gold Coast (completed in late March 2018) are expected to underpin FY19 revenue growth for the Queensland assets (+7.4% in FY18). 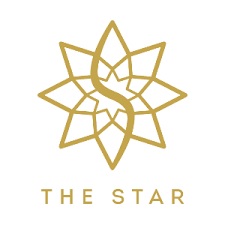 As evidenced in the FY18 result, a meaningful contribution from International VIP can positively influence overall group earnings. However, the recent trading update revealed a marked slowdown in International VIP turnover.

This slowdown has been driven by factors such as a slowdown in VIP growth in Macau as a result of a weakening Chinese currency (RMB), tightening liquidity and a slowing property sector in China, as well as recent evidence of a lengthening of the junket repayment cycle. That is, junkets have less working capital from which to provide credit to VIP players – over 80% of Australia VIP is junket sourced. There is also weak player sentiment and constraints in cross-border money flow.

The Potential for a Second Casino on the Gold Coast

We consider that while SGR shares currently offer long-term value, we consider entry at current levels to be risky. This is given the risk to earnings over the short term from a more challenging operational outlook, especially from a greater-than-anticipated slowdown in International VIP turnover.

SGR fell under support several weeks ago so for the moment we expect the share price to head lower. At this point it looks like support near $4 is going to come into play and then we can reassess from that point.