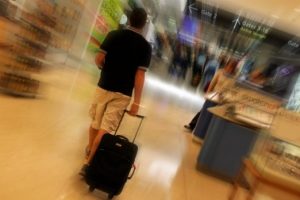 Sydney Airport (ASX:SYD) shares have paid a great dividend over the years. However they have had a weak start to 2019. What are the challenges for the business and what are the key charting levels to look for?

Sydney Airport owns and operates Sydney’s Kingsford Smith Airport. It is the largest airport by passenger traffic in Australia. Sydney Airport has three major terminals, with the Company holding a monopoly position for domestic and international airline passengers in Sydney. 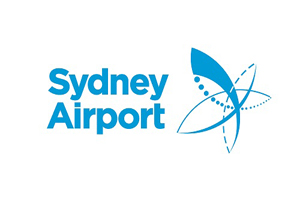 We recently reviewed the Company with a focus on the key Aeronautical division. In particular, the outlook for international passenger growth and implications for the latter in light of evidence of a recent decline in Chinese travellers, as well as regulatory implications from a draft Productivity Commission report due in early 2019.

Approximately 70% of group EBITDA is derived from international passenger traffic. This means that the outlook for the latter is important from the viewpoint that it underpins expectations of mid-to-high single digit cashflow per security growth over the near-term. There is a direct link between the number of international passengers and the revenue for the Aeronautical division. This is because SYD charges airlines a levy on a per-passenger basis for the use of the terminal and airfield infrastructure.

Regulatory Risks on the Rise

In July 2018, the Productivity Commission published a statement of issues for its inquiry into economic regulation of Australia airports, including Sydney Airport. A draft report is due in early 2019, with the final report due on 22 June 2019. There is the possibility that the current Productivity Commission report recommends a change to a more onerous regulatory approach, such as a “price cap” regulatory structure. This is an incentive-based approach which allows prices to increase to a point that represents an acceptable profit margin. Or they could recommend a “cost-based” regulatory structure where prices are set according to principles of cost relatedness.

Aside from the uncertainty from the outcome of the Productivity Commission findings, we consider that SYD faces increased regulatory risks given the level of regulation seen in other sectors of the Australian economy (i.e. Banking Royal Commission, Aged Care Royal Commission, enquiry into electricity prices and senate enquiry into payday lenders).

The next event expected to impact cashflow will be a decision on distribution policy once cash tax payments commence in 2021. This is when tax losses are expected to be fully utilised. At the interim results release in August 2018 (full-year results are due on 21 February), SYD re-affirmed guidance for the 2018 distribution of 37.5 cents per share, which implies 9% growth. At present, there is uncertainty over future distributions. The consensus view being that cashflow per share over FY21-22 is likely to flatten (i.e. once cash tax payments are forecast to commence in 2021) before returning to low single-digit growth.

We consider SYD to be a high quality, well managed infrastructure stock with defensive attributes and a solid distribution profile underpinned by increasing cashflows. The previous outperformance in the share price has been a function of a number of factors: Cashflow benefits from retail refurbishments to the international terminal and lower funding costs, increasing rates of international passenger growth and steady distribution growth.

These factors, together with an increasing regulatory risk profile, are unlikely to provide a catalyst for the share price to head higher at this point in time.

The chart of SYD continues to look neutral in the longer term, with a bias at the moment the downside. SYD shares are sliding downwards towards the next support level around $6.30. Below that is major support at $6. These are the key levels that investors should look for, implying that the stock can be bought at cheaper levels. However, a break under $6 would be viewed as a negative. A break of that level would indicate that a major long term top is in place for SYD. We therefore recommend that buying back near $6 should be done with some tight stop losses.