Finding an opportunity with Seven Group 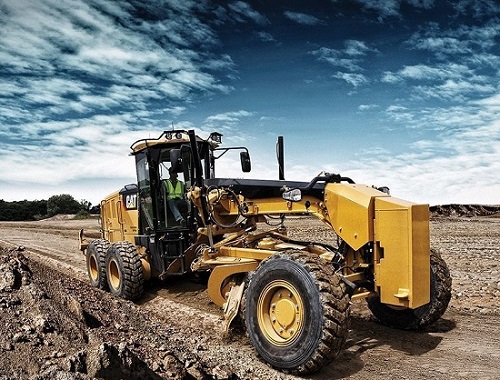 We recently researched Seven Group Holdings (ASX:SVW) to re-assess our fundamental view on the shares in light of key market announcements. Mainly, the release of results for the six months to 31 December 2020 (1H21). The performance and outlook for the key operating businesses (WesTrac and Coates Hire) are key factors supporting the share price. However, outperformance in the shares has too often been hampered by an uncertain earnings outlook across its Investments segment., This is mainly the Company’s media and energy interests.

Has this ‘obstacle’ been removed and what are the broader catalysts for a further re-rating in the shares?

Seven Group Holdings is a diversified operating and investment group. They have interests in the industrial services, medi,a and energy sectors. The Company’s industrial services division includes WesTrac. This is the sole authorised dealer of Caterpillar products in NSW, Western Australia, and ACT. WesTrac (100% owned by SVW) is one of the largest global Caterpillar dealers (by sales) and is exposed to mining investment/production and infrastructure construction.

Despite a slowdown in the rate of revenue growth, EBIT margin expanded to 11.4% – the highest level since 1H13. It is reflective of the Company’s ability to achieve margin expansion in its operating businesses over a number of years. EBIT margin is expected to be maintained at 11.0-11.5% out to FY23. It is supported by: i) Expectations that the iron ore cycle continues and ii) Contribution from new contracts.

Guidance for WesTrac (high single digit FY21 EBIT growth) implies a decline in 2H21 compared to 1H21. The guidance reflects: i) Potential timing of major equipment deliveries around June 2021, (ii) Some unwinding of inventory levels of major mining customers and ahead of a known price reduction by Caterpillar due to currency movements, and (iii) A slightly cautious stance still across NSW coal customers.

Steadier Earnings Outlook for Other Investments

In terms of SVW’s equity-accounted investments: Media reported a stronger than expected EBIT result, Beach Petroleum was weaker than expected, while Boral’s result was broadly in line with consensus estimates. The level of uncertainty in the earnings outlook for the other investments appears to have reduced. In particular, the Media asset (Seven West Media (ASX; SWM)) improved significantly, with the statutory result including the positive benefit of a $116m mark-to-market impairment reversal of the value of the SWM investment.

Further, EBITDA expectations for SWM’s EBITDA in FY21 are supported by: i) Additional cash cost savings (to augment cost savings of $170m generated in 1H21, which more than offset the decline in revenue) and ii) Improved advertising market conditions for both Free-to-Air TV and SWM’s Broadcaster Video On Demand (BVOD) platform.

This level of gearing is considered manageable, given that operating cashflow performance is typical strong. There remains significant liquidity headroom ($1.235b), which can be utilised for Merger & Acquisition opportunities.

A 10% increase in the interim dividend to 23 cents per share also reflects the Company’s confidence about its financial position.

The shares are currently trading on a 1-year forward P/E multiple of ~14.5x, which is not demanding in the context of a 3-year EBIT growth profile of ~7.5% on a CAGR basis. Importantly, this earnings growth profile has improved due to a number of factors:

• SVW has shown an ability to maintain/improve earnings growth/margin for the core industrial businesses (WesTrac and Coates Hire) during challenging trading conditions. For example, despite a 7% decline in revenue for Coates Hire in 1H21, EBIT actually grew by 1% due to tight cost management, optimising CAPEX and investing in technology and digital capacity.
• The industrial businesses are well leveraged to improving end markets, in particular strong demand drivers for WesTrac and a buoyant resources sector & strong housing construction outlook to benefit Coates Hire’s earnings.
• A steadier earnings outlook for other investments.

Further catalysts for the shares are likely to come from a sooner-than-expected release of the infrastructure pipeline in Australia (which has been hampered by time over-runs on project deliveries), potential use of the balance sheet and opportunities for further contract wins (especially in WesTrac).

SVW shares made a lot of progress in the back half of 2020, however, at the moment it looks like they will head a bit lower in the short term. There was strong support at $22 which was recently breached and momentum is to the downside. This means that investors can be patient with SVW and purchase it at lower levels. We don’t know when the shares will stop sliding, but there is some support just under $20. We would be looking for this current decline to slow down, form a bit of a base, and once positive momentum is clearly evident, then that would be the buying opportunity.