Finding a buying opportunity with IPH 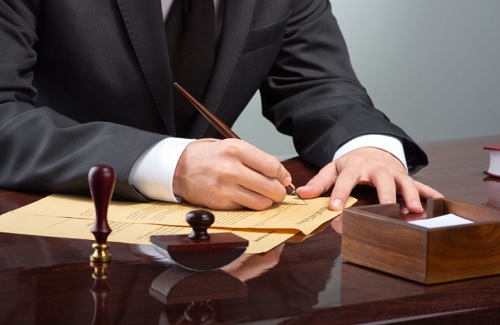 Over the last 18 months, IPH Limited (ASX:IPH) shares have recovered strongly as the business has started to see a number of benefits. This includes its expansion into Asia; realised synergy benefits from recent acquisitions; and using its position as market leader to acquire a key competitor. The benefits from these factors have started to reflect in IPH’s reported financials. This is namely stronger margin and expanded market presence across Australia/NZ and Asia.

So, are the improved fundamentals priced into the current share price, or is there further upside?

IPH continues to hold the number one market share in patents in Australia, although the Australian patent market has exhibited flat growth since FY16. Patent filings are the main source of revenue for both the ANZ and Asia IP businesses, with services typically involving the drafting, filing and prosecution of patent applications. Approximately 12% of group revenue is generated from trademark filings. IPH holds the leading market share in trademark filings, at 14.2%.

The Company reports across two geographic divisions: Australia & NZ (ANZ) and Asia, with the ANZ division accounting for ~60% of group earnings. The main market for the Asia division is Singapore, where IPH continues to hold the leading market position in filings.

A key aspect of the ANZ’s business performance in FY19 was improving operating leverage, whereby EBITDA growth (+14.2% to $61.8m) exceeded revenue growth (+10.5% to $171.6m). The expansion in EBITDA margin was supported by an expansion in the margin for the recently-acquired AJ Park businesses (which increased to 22%, up from 17% in FY18) and the realisation of cost benefits from the rationalisation of brands.

At a trading update issued at the AGM in November, the Company commented that its overall patent filings, including proforma filing activity from Xenith, have declined by 2.4% in the first four months of the current financial year (FY20). This is largely in line with the decline in filings in the Australian market, which was down 2.2%.

The decline in filings is a result of IPH’s client mix and filing activity for the period. Notwithstanding this decline, the Company commented that revenue for the IPH legacy business in Australia and NZ on a like-for-like basis has increased compared to the prior corresponding 4-month period. This was a result of work flow from other areas of the IP lifecycle. Further, the operating leverage evident in FY19 has continued in the first four months of FY20.

The Xenith acquisition is expected to be materially accretive to EPS in FY20 and FY21, by at least 10%. The key factor underpinning the expected EPS accretion is the potential for Xenith’s EBITDA margin of 15.6% in FY19 to increase in line with IPH’s underlying group EBITDA margin of ~35%. To this end, the Company has a track record in generating margin expansion from acquisitions.

A good example of this is AJ Park business, which IPH acquired in October 2017. Since completion of the acquisition, IPH has managed to improve AJ Park’s EBITDA margin from mid-teens to 22% in FY19. However, it is worth noting that while there is potential for IPH to replicate this success with margin improvement for the Xenith business, AJ Park was a single operation, while Xenith is comprised of a number of subsidiary businesses which may prove harder to integrate.

From a net cash position over the last two years, IPH’s balance sheet moved into a net debt position as a result of increased borrowings to fund the Xenith acquisition. Gearing (on a net debt to EBITDA basis) as at 30 June 2019 was 0.34x, but increased to 0.8x post balance date as a further $46m of debt was drawn to fund the Xenith acquisition. The gearing level remains comfortably below the maximum target of 2.0x.

The strong balance sheet position, as well as significant capacity under recently-refinanced facilities, enables IPH to focus on potential overseas acquisitions in secondary IP markets. In particular, the Company has highlighted a pipeline of Merger & Acquisition opportunities in Asia. Accordingly, we consider that any further debt-funded acquisitions would be well received. This is because the Company typically generates strong cashflow (underpinned by a recurring revenue model) to service the debt as well as support a high dividend payout ratio (87% of cash NPAT for FY19).

In the recent past, unfavourable currency movements have contributed to profit warnings issued by the Company. IPH report in A$ and a stronger A$ has a negative impact on revenue, as over 50% of the group’s invoicing is denominated in US$. While IPH derives its revenues in a number of currencies, the Company is most sensitive to movements in the A$/US$ exchange rate.

The Company’s sensitivity to earnings from currency movements is currently favourable, with the devaluation in the A$ relative to the US$ (-2.4% in FY20 to date) presenting a tailwind to earnings.

Since the AGM on 21 November, IPH shares have rallied by ~9% and are currently trading on a 1-year forward P/E multiple of ~22x. At present levels, we consider the shares are starting to reflect the stronger fundamentals. Accordingly, we consider IPH would be a better entry opportunity on any weakness from current levels.

The rally off the low at the end of October for now doesn’t seem too convincing. On this weekly chart, we can see that each week displays price rejection not just from lower down, but also from the intra-week highs. We need to see some strongly weekly closes to be bullish on IPH’s price action. Otherwise, there is a chance that the share price may dip again to support near $7.80. That would be the point at which IPH becomes a more attractive buying opportunity.