Does the slide in SEEK shares have further to go? 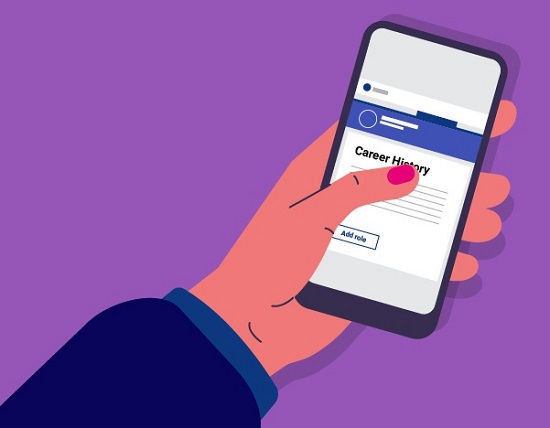 SEEK (ASX:SEK) shares have struggled to gain ground recently, as market concerns about the macroeconomic backdrop grow. Indeed, SEK is considered the most cyclically exposed, with job ads typically correlated to economic indicators.

We recently researched SEK to assess whether the recent weakness in the share price presents an opportunity. Are the shares now oversold and are there Company-specific factors likely to lead to a recovery in the shares?

SEEK is a provider of online recruitment and education services in Australia, China, South East Asia, and Latin America. In Australia, SEK is the dominant online recruitment service, accounting for ~34% of all placements made. Over in China, SEK’s 23.5% owned associate is one of two market leaders, with a commanding presence in the SME market. In South East Asia the company operates under the Jobstreet, JobsDB, and JobsKorea brands. These are the market leaders in most countries in which they operate. In Latin America, Brasil Online and OCC Mexico are the local market leaders.

SEK is expected to own an 84.5% stake in the ‘SEEK Growth Fund’ which houses Online Education Services (OES). This provides software and services to universities to assist in the recruitment and management of online students, and a large and growing portfolio of early-stage ventures in the employment technology and education technology sectors.

Can Volume Decline in SEEK ANZ be Mitigated?

During the six months to 31 December 2021 (1H22), SEK completed the rollout of the new contract and pricing structure across the SEEK ANZ business. This accounts for over 90% of group earnings (on an EBITDA basis). The new structure – which involves the removal of historically deeply-discounted contracts with recruitment firms – has enabled the Company to improve its pricing structure. As a result of this, SEK reported a +21% lift in prices/yield in 1H22, which is one of the highest on record. This increase in yield was also supported by higher demand from hirers for depth products, in order to differentiate and augment their search for candidates.

Aside from the new contract and pricing structure, a key factor underpinning strong depth revenue growth over the last 12 months is higher Small-to-Medium Enterprise (SME) participation. However, as the labour market normalises, this benefit is likely to roll off and result in a revenue headwind.

While the Company was able to increase prices for Standard ads in 1H22, current tightness in the employment market is constraining SEK ability to raise pricing on its new contracts. In terms of the outlook, the key question is how volume, depth, and pricing interplay through FY23 as the labour market starts to normalise, and whether the improved pricing power in such a market can offset the likely volume/depth declines.

The challenge is that labour market tightness has seen candidate applications reach decade lows. This is positive for SEK in driving depth uptake (as customers use standout/premium ads given they generate higher application rates). However, these dynamics limits pricing power.

SEK’s margins tend to decline in periods of reduced job ad volumes. Having said that, the EBITDA margin for SEEK ANZ has generally been consistent at ~60% more recently. It has also been supported by good cost containment of discretionary costs balanced with continued product and investment in technology.

EBITDA margin expansion of 600 basis points to 66% for SEEK ANZ in 1H22 was achieved despite an acceleration of SEK’s investment timeline. This brought forward product/platform investment initiatives in order to take advantage of the favourable macro environment. This expenditure is expected to continue into 2H22.

However, despite 11% growth in SEEK Asia EBITDA (i.e. <9% of group EBITDA), margins declined by 600 basis points. This was due to elevated marketing spend (in particular a regional rebranding campaign) and product investment.

In early August 2021, SEK announced the establishment of the SEEK Growth Fund. This which would include most of SEK’s ownership stakes in its early-stage ventures (ESVs) as well as raise capital to accelerate growth of the existing ESVs and acquire new investments. The fund will be managed by an external vehicle (management business) which charges a base fee and performance fee to SEEK Growth Fund, of which SEK would become an 84.5% shareholder.

The valuation of the SEEK Growth Fund was $1.74b as at 31 December 2021, representing an increase from $1.2bn as at 30 June 2021. This reflected revaluations and net deployments over the 6-month period. There are several factors that will influence the valuation of the SEEK Growth Fund assets. These are namely: i) The underlying performance of the assets; and ii) Unlisted venture capital valuations more broadly, which are inversely correlated with interest rates.

One of the factors underpinning the recent share price weakness is that significant valuation declines in the listed space are expected to impact the fund valuation in 2022. Accordingly, it appears that the market is applying a large discount for valuation purposes. This is on the basis that the quantum of the valuation decline for the SEEK growth Fund to 30 June 2022 is likely to be greater than the decline over the six months to 31 December 2021. In context, the SEEK Growth Fund is estimated to account for ~10% of SEK’s overall enterprise value.

Sale proceeds received in 2H21 from the selldown of SEK’s interest in Zhaopin (from 61.1% to 23.5%) has significantly reduced balance sheet gearing. It has come down from a recent high of 2.8x as at 1H21 to 1.6x as at 30 June 2021 and 1.7x as at 31 December 2021. In addition to the significantly improved gearing position, the business restructure enables the Company to utilise 3rd party capital for its investments.

Despite the recent weakness in the shares, we prefer to remain on the sidelines and point to three factors underpinning our view:

ii. A lack of transparency on SEEK ANZ’s revenue for FY23, given the difficulty in assessing the extent to which pricing growth can overcome volume declines as the labour market normalises.

iii. The shares are currently trading on a 1-year forward P/E multiple of ~34x. However, adjusting for the SEEK Growth Fund (in order to compare this multiple to historical trends), the multiple reduces to ~27x. While this is only slightly below the long-term average of ~29x, we consider the uncertainty regarding earnings/valuation present downside risk to SEK shares.

As SEK was easing back during March – April, it needed to stay above the February low near $26 in order for the chart to start to look a little more positive. Unfortunately, it gapped under that line in May. After trading sideways for a few weeks to form it base, it failed to get back above $26. Instead, it has broken under support near $24. This means that the stock is back in a downtrend and risk therefore remains to the downside.