Do we chase Dulux shares up here? 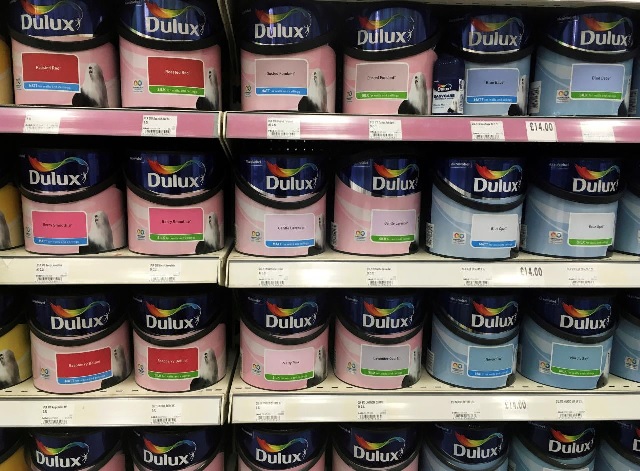 DuluxGroup (ASX:DLX) recently reported results for the six months to 31 March 2018 (1H18). The results were generally in line with market expectations. With the shares having rallied higher since we last looked at the Company, do investors need to chase it here?

The main positives from the result were, firstly, that all operating divisions contributed to group earnings growth. This was an improvement from recent results, where growth from one division would be offset by earnings declines in another.

The second key feature of the result was that group margin has been maintained. The Company has shown an ability to offset mid- to high-single-digit raw material price growth, mainly by controlling fixed costs, as well as an ability to implement price increases (i.e. leveraging strong brand positions). For 2H18, DLX guided for overall group margins to remain stable on FY17 levels. Whilst specific guidance was not provided, the Company has maintained guidance for net profit after tax in FY18 to be higher than the FY17 equivalent of $142.9m.

The major contributor to group earnings (on an EBIT basis) is the Dulux ANZ division, which reported a 5.7% increase in sales, underpinned by the Australian business, which accounts for ~90% of divisional revenue. While the rate of EBIT growth was below the rate of sales growth due to higher raw material costs, the outlook for the division is underpinned by strong growth in the renovation and repaint market (which typically accounts for ~75% of market volume in the ANZ Paints division). Further, FY18 EBIT margins are expected to be in line with FY17, reflecting the Company’s effective strategy to mitigate higher input costs by utilising brand strength to implement price increases.

Is DLX Attractive at Current Levels?

The share price has typically traded on a premium P/E multiple, which we consider to be justified in light of:

i. Its status as one of the best defensive stocks on the local equity market
ii. The lead market indicators for its key markets remain largely positive.
iii. A proven ability to withstand higher raw material costs by implementing both price increases and cost efficiencies.
iv. Appeal as a corporate target, given likely sector consolidation globally.

While DLX’s fundamentals are appealing, we consider that any further weakness would present a better entry opportunity.

The chart for Dulux

DLX has been in a strong uptrend for the last several years. It peaked in November before easing back towards $7. A recent rally has seen it attempt to go a new high but fail. That large red candle from a few weeks ago on the weekly chart indicates that we can still expect to see lower levels in the short term. The long term uptrend is still intact so for the moment we only expect DLX to ease back towards $7 again. If it can hold onto those levels, then it is most likely that the consolidation from the November peak would be over and DLX can resume the uptrend. So for the moment we need to see what DLX does as it heads back to a retest of $7.