Do Bapcor shares have more upside? 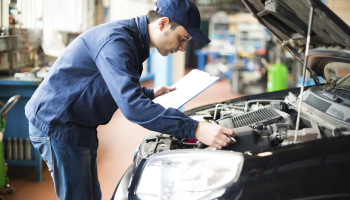 We recently reviewed Bapcor (ASX:BAP) on 15 May for our clients and since then it has rallied nearly 5% in a market that has gone backwards. Here is a brief update on where it may head to from here. (If you are not a subscriber to our full research and you want to be the first to know of an opportunity, go here to sign up to an 8-week free trial).

The Trade division is the largest contributor to earnings. A key feature of the divisional performance over the last two years has been the consistent gradual improvement in EBITDA margin. This has expanded from 12.4% in FY16 to 13.9% in 1H18. The expansion in EBITDA margin has been the result of solid sales on a like-for-like (LFL) basis and price increases.

In a trading update issued to the ASX in early May, BAP reiterated guidance for 30% growth in net profit for FY18. The guidance was originally provided at the AGM in November and re-iterated at the 1H18 results in February. Overall, we consider that there are a number of avenues for margin expansion, which, in turn, underpin the potential for an upgrade to earnings growth over the medium-to-long term. In particular:

1. An acceleration in private/own label (currently ~22% in Australian Trade, with a target of 30%). The growth private label penetration is a key factor behind the expansion in gross profit margin, which rose by 60 basis points to 45.6% in 1H18. This led to the Company commenting in the May update that gross profit margin is being maintained.

2. Expansion in store rollout for Trade and Retail & Service divisions. In particular, the Burson and Autobarn brands.

4. Benefits from the investment phase at Autobarn where the Company is purchasing stores from franchisees and opening new corporate stores. In particular, there is upside to EBITDA margin forecasts as new stores mature and BAP has more control over the network.

5. An increased rate of sell-through of owned brand products to the trade and retail divisions in the Specialist Wholesale division.

6. Optimisation projects are still at an early stage. A warehouse optimisation project (+$10m-$15m per annum annualised EBIT in 3-5years) is expected to drive greater operating efficiencies and customer experience.

7. Potential expansion in Asia given the potentially rapid ramp-up in profitability for new stores.

BAP has a track record in meeting guidance, hence near-term earnings risk are low. The Company also has a proven track record when it comes to integrating acquisitions and delivering in full on identified synergies.

Following recent price strength, the stock is currently trading on a 1-year forward P/E multiple of ~19x. This is close to the average 1-year forward P/E multiple over the last three years of ~20x. A key factor behind the recent re-rating in the share price was the announcement in early April this year of the sale of TBS Group. This was the final non-core business that had been acquired as part of Hellaby. The protracted nature of the assets sale process weighed on investor sentiment (the sale was initially expected to be completed before 31 December 2017). But more importantly, the Company achieved a sale price that enables the gearing level to reduce to the targeted level of <2.0x. The sale also removed a distraction for management.

In our previous commentary, we noted that a push through $6 would result in a strong rally. Since doing that in early May, the shares managed to gain about 10% in the space of only 4 weeks. Ideally, a pullback to retest lower levels would be a better opportunity but looking at the way it is trading, it doesn’t appear as though this will happen in the short term. For now, it looks like Bapcor will continue to trade higher. Holders of Bapcor could therefore consider sticking with it for now and expect more upside. As an entry point, we do note that the shares are quite overbought for the moment. It may take a few weeks or so but Bapcor will need to consolidate this move at some point and that would be the better place to enter the trade. So it is worth being patient at this point.