CIMIC shares may struggle from here

We recently researched CIMIC Group (ASX:CIM) after the Company reported results for the six months to 30 June 2021 (1H21). The 1H21 results showed a strong increase in Work-In-Hand (WIH). The core Construction and Services segments bounced back strongly in 1H20 after both reported depressed margins in 2H20 because of a temporary delay in project awards and a slowdown in revenues due to COVID-19.

The result and guidance were both well received by the market but are they enough to support a further recovery in the shares?

The Company, which is 78.58% owned by HOCHTIEF, has two operating segments: Construction, and Services as well as a ‘Corporate/Other’ segment. This includes CIM’s equity accounted 50% share of profit in Thiess, the Ventia Joint Venture and broader corporate costs. 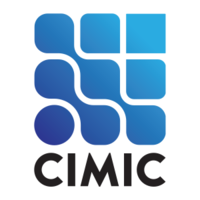 CIM was awarded $10b in new contracts during 1H21. These include mega projects like North-East Link ($4b), M6 Motorway Stage 1 ($2b over four years), and the Country Regional Network ($2b). The Company also highlighted a strong tendering pipeline with ~$470b of projects yet to be awarded, including $115b of Private Public Partnership opportunities.

The Company has already announced a further $1.9b of secured new work in July 2021. Further potential opportunities include Warringah Expressway and Inland Rail (outcome expected in November 2021).

The significant step-up in WIH indicates that the Company is capitalising on the next phase of the infrastructure cycle, which is ramping up significantly post 2021. To this end, it is worth noting that there are additional mega projects on the horizon, including Western Harbour Tunnel & Warringah Freeway Upgrade ($14b), Sydney Metro – Western Sydney Airport ($11b) and Sydney Metro – West ($10b).

The Company commented at the 1H21 results release that they were not expecting material impacts (to either earnings or projects awards) from the two-week construction pause in Sydney. Relevant to the period of the construction pause, the NSW government released guidelines to manage the impacts of the restrictions, which include contractual relief (schedule, liquidated damages) and provisions for financial claims. CIM noted its Services segment would be largely unaffected.

Government clients represent 75% of the Company’s overall WIH. As such, this high level of government work should simplify any claims for CIM arising from the lockdown measures. The announcement by the NSW government on 28 July to reopen construction outside the restricted local government areas from 31 July is only expected to see around half the projects resume and as such, there is expected to be a minor impact to net profit in FY21.

Another risk to FY21 earnings is cost pressure, especially labour cost pressure in Western Australia (WA) and in the eastern states. At the 1H21 results release, the Company commented that it is not seeing material impacts from WA labour cost pressures and appears relatively localised to WA. Out of the overall group WIH of ~$33b, WA accounts for ~$1b and as such is not a large part of the business.

In Eastern Australia, CIM is currently rolling off jobs such as WestConnex with newer contracts that are reflective of current steel prices. The Company also has enterprise bargaining agreements (EBA) in place which sets terms and conditions (including wages) at a project level and have built in cost escalators as part of this.

Net operating cash flow, which had been an area of recent disappointment, while showing improvement in 1H21, remains weak. Operating cashflow in 1H21 (-$329m) was impacted by the unwind of $243m of factoring and drag from Leighton Asia (delay in claims settlement and lack of new awards). Underlying 2Q21 cash conversion in 1H21 was 34% compared to 25% in 1H20. CIM is reducing its reliance on factoring and supply chain finance, which has contributed to the weakness in cash conversion.

The Company is expecting stronger cash conversion in 2H in line with seasonal trends and supported by recent contract wins. Typically, 75% of cash comes in the 2nd half of the year, with a strong 4th quarter weighting.

Planned Sale of Ventia May not Improve Balance Sheet Metrics

In June 2021, CIM confirmed that it had appointed advisers to assist in reviewing strategic options for its 47.5% stake in Ventia which may include an IPO. Ventia is one of the largest telco maintenance providers in Australia along with defence estate contracting/facilities management, as well as social infrastructure/transport services. In terms of Ventia’s contribution to CIM’s overall financials: On a 100% basis, Ventia’s revenues were $4.6b in FY20 (CIM share: $2.19b compared to a group revenue base of ~$15b); WIH was $13.1b (CIM: $6.2b which is a sizeable chunk of the overall ~$33b WIH) and margins are ahead of the broader CIM group.

Proceeds from a sale of Ventia would significantly boost cash reserves (media commentary indicate a value of $3.5b for Ventia on a 100% basis – so ~$1.7b potential sale proceeds to CIM) as well as allow CIM to re-initiate capital management such as share buybacks. However, it is worth noting that the sale proceeds from Thiess was required to offset weak underlying cashflow and lower factoring when it should have been utilised to improve balance sheet metrics. This resulted in the balance sheet swinging from a net cash position of $186m as at 31 December 2020 to a net debt position of $276.7m as at 30 June 2021. The significance here is that both weak underlying cashflow and lower factoring remain a feature of CIM’s financials and an issue of concern for investors

We can see that CIM has been stuck in a downtrend over the last few years as it has been making lower highs and lower lows. It may bounce in the short-term here but as a longer-term investment, it is still too early. Judging by the way it is trading, it is likely to get cheaper and will need to then build a base before it is ready to get going again.