The Cardno recovery may have further to run 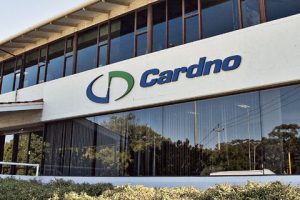 Cardno (ASX: CDD) shares seem to already be pricing in a recovery, but share holders may still see further upside from here.

Cardno is an infrastructure and environmental services company. They are involved in the development and improvement of physical and social infrastructure for communities around the world.

How do the fundamentals stack up for Cardno?

The stock is currently trading on a 1-year forward P/E multiple of 24.2x, compared to 22.7x at the time of our last report in June. We consider that the rerating in the share price since the announcement of FY17 results reflects:

While we remain attracted to Cardno’s fundamentals, at current levels the market appears to be more confidently pricing in a recovery. One long-awaited share price catalyst could be the appointment of a new CEO. This is following the resignation of former CEO Richard Wankmuller in August 2016. Whilst the Company has not provided a timeframe for an announcement, it commented at the FY17 results that the Board “has commenced the process”. In the meantime, Non-executive director Neville Buch is acting as interim CEO. Mr Buch is a partner at Crescent Capital, which controls 46.7% of the shares on issue.

The shares have had a good run since the middle of 2016, but have essentially tracked sideways since May. We have noticed that this sideways movement is resembling that of an ascending triangle. This means that the probable breakout would be to the upside – although we need confirmation first. If Cardno falls under the October low of $1.27, then the shares could be in trouble. Otherwise, a break above $1.50 could see Cardno rally towards resistance near $2.