Capitol Health is not looking great for now

Capitol Health (ASX:CAJ) shares fell sharply after releasing their interim results. There may be a couple of catalysts to send it higher again. However, at the moment the prognosis is not positive. 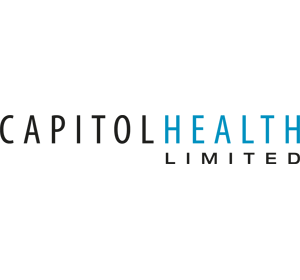 The Company’s interim results for the six months to 31 December 2018 appeared to be well below market expectations. The negative market reaction on the day of the results announcement was in response to a downgrade to full year EBITDA, with both revenue and cost pressures evident. The extent of which do not appear to have been factored in by the market. In particular, one broker report published a week before the release of the interim results had factored in strong organic growth of 5%, as well as contribution from recent acquisitions.

In contrast, the interim result showed organic growth of 2% for 1H19. This was well below expectations and also Medicare data which indicated growth of ~6%. This was due to a decline in the number of GP visits and consumers deferring radiology treatment (i.e. in line with consumer confidence being down).

While CAJ have made strides to diversify geographically and build out their offering, the business remains somewhat concentrated in outer metropolitan Melbourne. Their community focus exposes them to a higher degree of consumer discretion, despite bulk-billing.

In terms of the earnings impact, Capitol Health is incurring greater-than-expected costs associated with acquisitions/greenfield sites, deployment of technology, and additional doctors. While these investments (which were undertaken in anticipation of strong revenue growth that did not eventuate) position the Company for an eventual improvement in organic growth rates (as the revenue-related issues mentioned above are not structural issues), it appears that the subdued rate of organic growth is likely to continue. In addition, further costs from the above initiatives are expected to continue, possibly into FY20.

Prior to the results announcement, the Company provided EBITDA guidance of $29-30m for FY19. As a result of the higher costs incurred, CAJ are now guiding for EBITDA of ~$25.5m. Given that 1H19 EBITDA was $11.9m, this implies an EBITDA improvement in 2H19 (which is hard to reconcile in light of the above factors).

Also, while the balance sheet is strong and indicates capacity for further acquisitions, these are unlikely to occur. This is given the ongoing challenges in bedding down a number of recent acquisitions.

With subdued organic earnings growth and additional costs constraining earnings growth over the short-to-medium term, and the prospect of any turnaround in organic growth rates to be slow, we expect CAJ shares to remain under pressure. This is especially as the Company has under-delivered in recent periods.

Notwithstanding, we see two possible catalysts for an improvement in the share price:

i. The potential for corporate activity, given the Company’s existing footprint and ongoing investment in the business. CAJ’s market cap is now only ~$150m, so CAJ would be an even bigger earnings-accretive acquisition for a potential target.

ii. A change in Federal Government in May might be a positive for CAJ. This is because the opposition Labor Party are pushing for greater access to radiology via Medicare.

It is also worth noting that Broker share price targets for CAJ have been reduced following the interim results announcement, but still indicate 30% upside.

The shares had been drifting back since the middle of 2018 and the disappointing interim result saw it drop to 14.5c intraday. Although it has bounced off those lows, we are not seeing a lot of buying step in at these levels. Chances are that for the moment, we see CAJ drift back towards those previous lows.